COLORADO SPRINGS – It’s a debate we’re forced to have often. Can we be doing more to protect our kids in school? Are armed teachers, security guards, or school resource officers the answer? That’s the focus of this 360° Perspective. 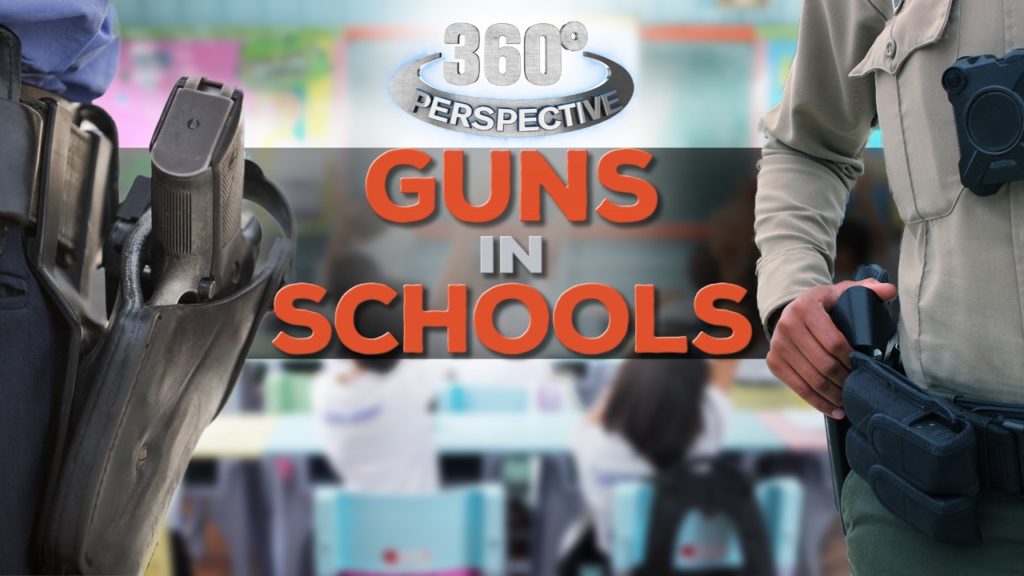 The debate renewed after two gunmen stormed into Stem School in Highlands Ranch last Tuesday, killing one student and injuring eight more. The question became more complicated when Denver 7 learned a private security guard may have mistakenly fired at deputies and a student may have been hit by a stray bullet. That guard is said to be a Marine Corps veteran who spent four years with the Jefferson County Sheriff’s Office.

It’s too early to know exactly what happened in the school as case documents are sealed for now.

Former State Representative Jim Kerr had kids that went to Columbine. He was in office during a 2010 shooting at Deer Creek Middle School. He believes in getting resources to have armed deputies at every school… saying you can’t legislate madness.

Some teachers are skeptical and worried that a student may overtake them. Others can see both sides.

“What if you misplace your gun or set it down. There are people in their homes who have gun safes and children find a way to get in and have access to those guns,” one teacher said.

Another said, “I wouldn’t want to be forced to be armed as a teacher, but then, you have your kids there.”

The shooters at Stem School appear to have used guns stolen from one of their homes. They met their match in other heroic students willing to fight back but no one wants that to be the new normal.

Many think things can be done ahead of time to prevent tragedies. State Representative Tom Sullivan lost his son in the Aurora theater shooting and he believes gun control is the answer. “Mom and dad, you need to begin to realize, it’s going to happen. At your school, at your theater, at your church or synagogue, it’s going to happen,” Sullivan said.

Wherever you stand there is also the issue of cost and weighing that against other needs in schools. The idea of armed guards or metal detectors at schools are a big hang up for administrators.

“If I’m responsible for increasing achievement scores on tests, while I also have to talk about hiring SRO’s to protect schools… there are competing interests there. They’re both important, they’re both critical, but there’s only so much money we have to do that. And that’s the biggest conversation we need to have,” said a spokesman with the Cherry Creek School district.

PSD also planned to offer students more time with counselors as part of the curriculum, offer medical training to all staff and also modifying buildings to include technology to protect kids and teachers. “They like the different steps that we’re taking,” said Tim Kistler, Peyton School District’s Superintendent. “Because it’s a big-picture look, not just a gun issue.”

How do you feel about this issue? You can sound off on our social media pages.

If you have a story or issue you want to see in a future 360° Perspective email 360@koaa.com.

This report was put together with the help of our sister station KMGH.