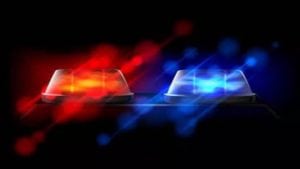 COLORADO SPRINGS – Police say a probationary escapee is facing new charges after he was arrested in a neighborhood near Academy and Flintridge Tuesday evening.

Eleven different people called police around 5:30 p.m. to report a man was looking in windows and jumping from yard to yard on Hackamore Court and Hackamore Drive North.

Officers flooded the neighborhood and eventually tracked the man down. He was arrested by K9 officers after they chased him through several back yards.

Police say the suspect resisted arrest and was injured during the process. He was taken to the hospital with non-life threatening injuries.