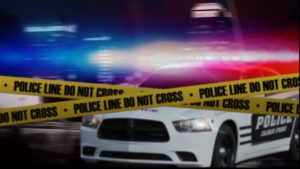 COLORADO SPRINGS – A police officer was treated and released after being hit in the face by a man who was reportedly naked, bleeding, and under the influence.

Officers received a call about the man at around 10:20 p.m. Monday. When they arrived on the scene in the 2700 block of Geyser Drive, police say the man became aggressive, and hit one of the officers in the face.

The suspect, identified as Marcel Tiller, was arrested. He was checked out at the hospital and then booked into the El Paso County Criminal Justice Center.

Tiller is facing numerous charges, including second degree assault on a peace officer.

Tiller also had an outstanding warrant, according to Colorado Springs Police.