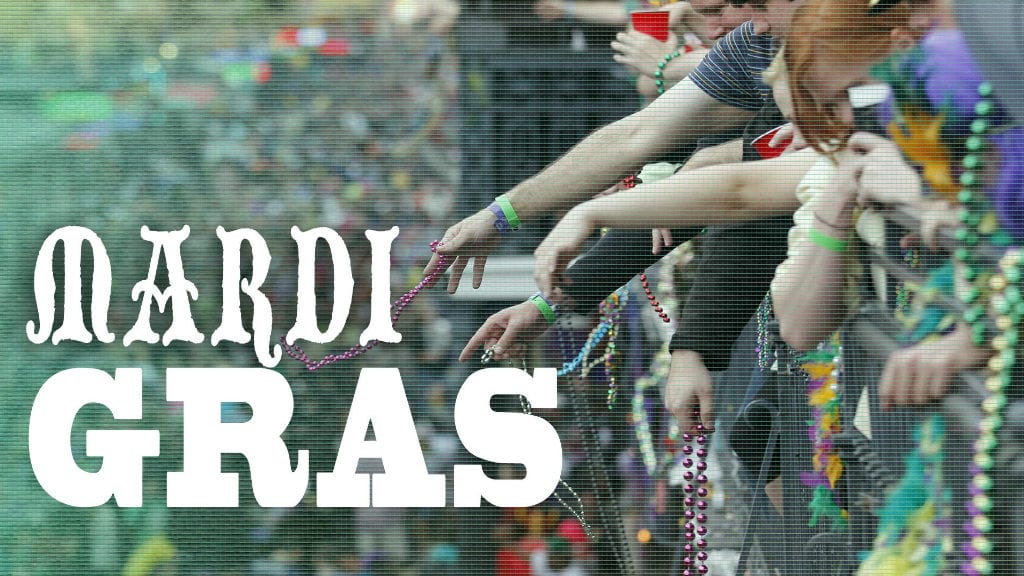 Layers seemed to be the key to surviving a cold Fat Tuesday in New Orleans. Today marks the final day of the season of revelry and costumed merrymaking that began on January 6.

The festivities kicked off early Tuesday morning when the Northside Skull and Bone Gang walked through the Treme neighborhood before the sun came up, waking everyone up to celebrate the day.

That kicked off a busy day of parades along St. Charles Avenue, walking groups in fancy costumes traveling through the French Quarter and the Marigny and Mardi Gras Indians in finely beaded costumes taking to the streets amid the revelry.

Temperatures were in the 30s and 40s this morning in the area but that did not stop the thousands of people that lined the streets to watch parades and catch beads.

And if you thought Saints fans were over the NFC Championship game and the “no-call,” think again.

A Rams defensive back leveled a Saints receiver with a helmet-to-helmet hit at a crucial point in the final minutes of the game. The Rams went on to win the game but lost to the Patriots in the Super Bowl.

NFL officials acknowledged after the game that flags should have been thrown. But judging by the number of Saints fans dressed up as blind referees during the Mardi Gras season — and again on Tuesday — fans here have neither forgiven nor forgotten.

The party officially ends at midnight, when police on horseback ride down Bourbon Street to ceremonially “clear” the streets- a symbol meant to mark the end of the Carnival season.

Wednesday marks the beginning of Lent, which for many Christians is a period of fasting and reflection before Easter.