DIVIDE – Nearly a month after reaching an agreement with U.S. Immigration and Customs Enforcement (ICE), the Teller County Sheriff opened up about why he entered that deal.

Per the agreement, three of Sheriff Jason Mikesell’s deputies working in the Teller County Jail will undergo training to also work as immigration agents. It’s part of the 287(g) agreement, which lets local authorities help ICE in determining whether criminals brought into the jail are in the country legally.

That amounts to around 10 percent of the deputies that work in the jail, according to the sheriff. 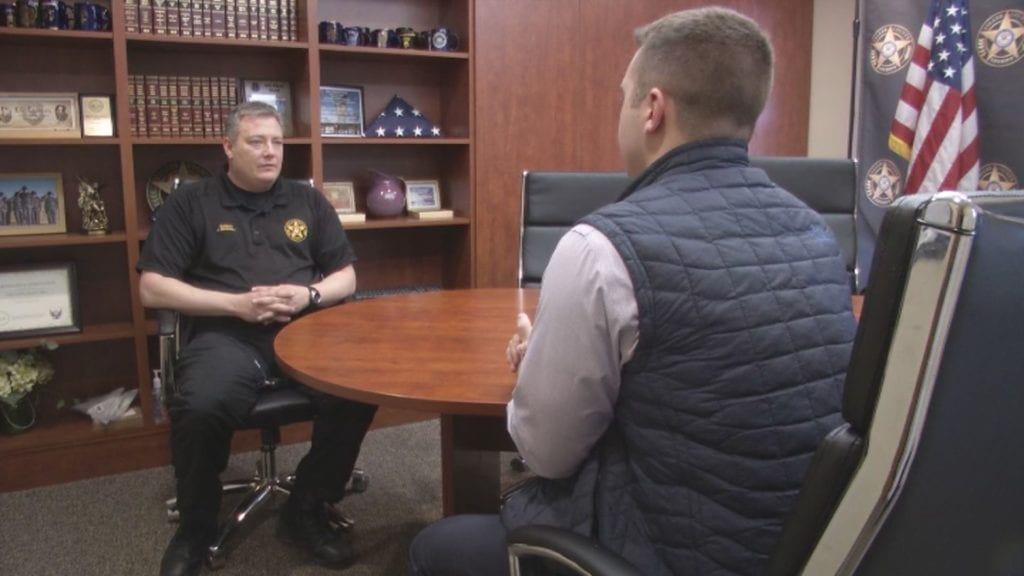 The deal also doesn’t cost his office and taxpayers much money, Mikesell said. ICE will foot the bill to train Teller County deputies, fly them to training and provide them lodging during that time. The federal government will also provide computer systems with access to specific immigration-centered databases for the trained deputies to use at the jail in Divide.

Mikesell stressed that his deputies will not be going out into the community and conducting round-up operations. The participating deputies can only initiate the process from inside the jail, after someone has been arrested.

At the end of the day, Mikesell said it’s about doing the job he was elected to do.

“My goal is to protect our citizens and our community. It’s not to round people up or bring people in for questioning. We don’t do that,” Mikesell said.

Mikesell delayed speaking with the press on the agreement, because he was in the middle of a lawsuit brought by ACLU Colorado. In July 2018, he agreed to hold Leonardo Conseco past his sentence, even after Conseco posted bond, at ICE’s request.

The lawsuit was dismissed on Monday. ACLU Colorado Legal Director Mark Silverstein told News 5 his office agreed to toss the lawsuit because Conseco is no longer in jail.

“Our client left the jail last summer, and he’s never been subjected to any actions under this new agreement with federal authorities,” Silverstein said.

Still, ACLU Colorado essentially plans to file another lawsuit, once the sheriff’s office helps ICE question another inmate about their immigration status. Silverstein stressed ACLU Colorado maintains its belief that the sheriff is overstepping his authority in line with state law despite reaching the agreement with ICE.

Mikesell said his decision to help ICE isn’t just for anyone. The people his office have arrested and looked into in the past faced charges for attempted murder, illegal manufacturing and illegal distribution of black market marijuana, he said.

Ultimately, that cost for police work, the arrest, incarceration and transportation to and from court is absorbed the taxpayer for someone that is in the country illegally, Mikesell said.

“Why shouldn’t I be able to help our federal government in stopping known criminals from being in this country? It doesn’t make sense,” Mikesell said.

The Teller County Jail is the only Colorado facility to be part of the 287(g) program. As part of the deal, ICE receives access to office space inside the jail.

Mikesell said Thursday that he approached ICE about entering the agreement, and that it was agreed to after months of talks.