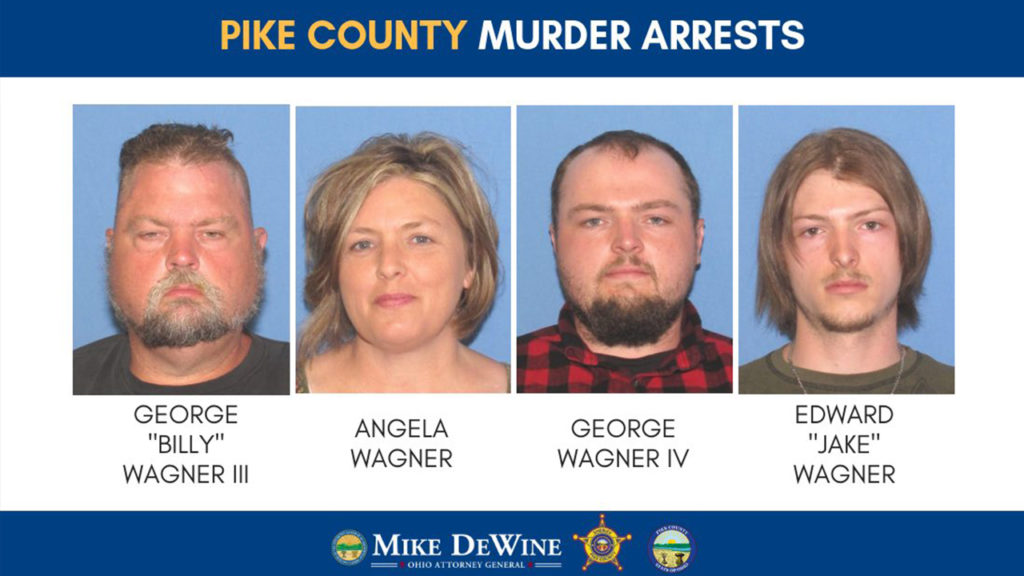 COLUMBUS, Ohio (AP) – Authorities say a family of four has been arrested in the slayings of eight members of another family in rural Ohio two years ago.

The Ohio Attorney General’s Office announced the arrest Tuesday of four members of a family who lived near the scenes of the killing.

No motive was announced.

A message was left with a lawyer who has been representing the Wagners in the investigation. An attorney has said previously the family cooperated with investigators.

The arrests are the culmination of a massive investigative effort since seven adults and a 16-year-old boy were found dead in 2016 at four homes near Piketon.

(The Associated Press and WLEX-TV contributed to this story)