COLORADO SPRINGS – Monday was the latest chapter in a record-breaking year for Colorado Springs.

But it isn’t the type of history the Colorado Springs Police Department is happy to report.

With 46 fatalities, including one man Monday night, 2018 has been the deadliest year of traffic fatalities in the city.

“Traffic is one of the number one issues in the city. We have a lot of traffic accidents, and we have a lot of people that complain,” Sgt. A. Santoro said.

It’s also why the department is excited about a new partnership with the Colorado Department of Transportation, enabling the department to ramp up its speed enforcement efforts.

“We have people dying on our roadways. We have serious accidents that occur, and this is a community problem,” Koch said.

They hope to curb that problem with this program, which officers have already begun work on. 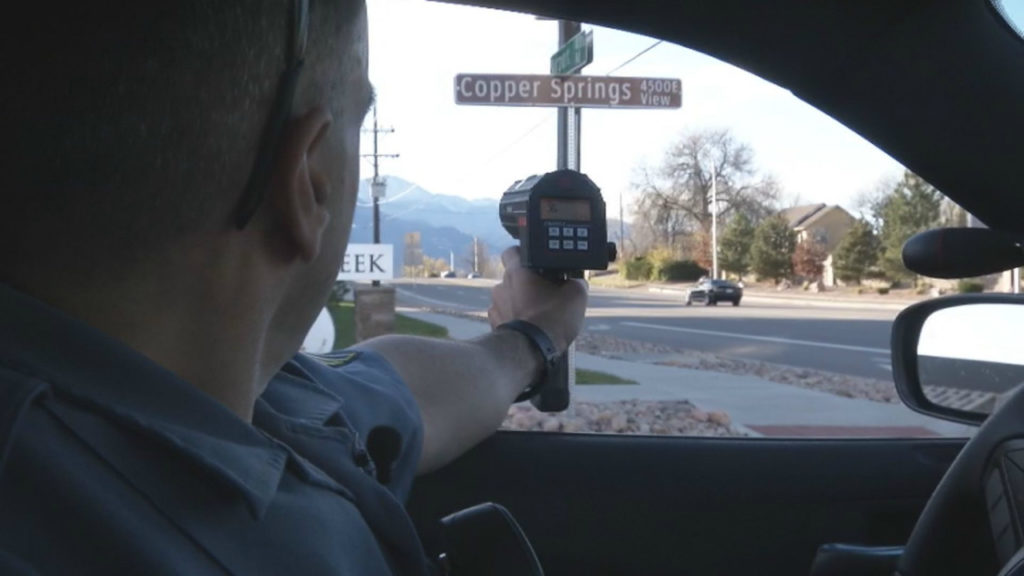 Off-duty officers are hired back for a five-hour shift focused solely on speeding in some of the city’s most dangerous areas.

News 5’s Sam Kraemer was invited for a ride along with Santoro Monday. Santoro set up for speed enforcement near the intersection of Murray Boulevard and Airport Road.

The posted speed limit is 40 MPH, and drivers were going much faster than that, including one driver whose speed was above 60 MPH.

“In a perfect world, people will just be responsible when they’re behind the wheel of their car, but that’s not always reality. And that’s where this program comes in,” Koch said.

Starting next week, full deployments will soon be set up across the city with radar guns drawn and on the lookout for speeding drivers.

They’re trying to make the city’s roads safer, even if it means writing tickets in the mean time.

“People ask, ‘Well, you know, how do I avoid getting a ticket?’ And the answer to that is simple,” Koch said. “If you don’t want to be issued a citation, obey the traffic law.”

Santoro said the program is focused on transparency, so each time the officers are out for speed enforcement, they must be in a marked police vehicle and visible to passersby.

The department will also receive four moving radar units as part of the grant’s federal funding.