PUEBLO – Millions of people have evacuated their homes along the East Coast as Hurricane Florence spins closer to landfall.

At the same time, thousands of other people are headed toward the storm to help.

This week, hundreds of Coloradans — including first responders and volunteers — have made their way east in preparation of the relief and recovery efforts needed following the hurricane. 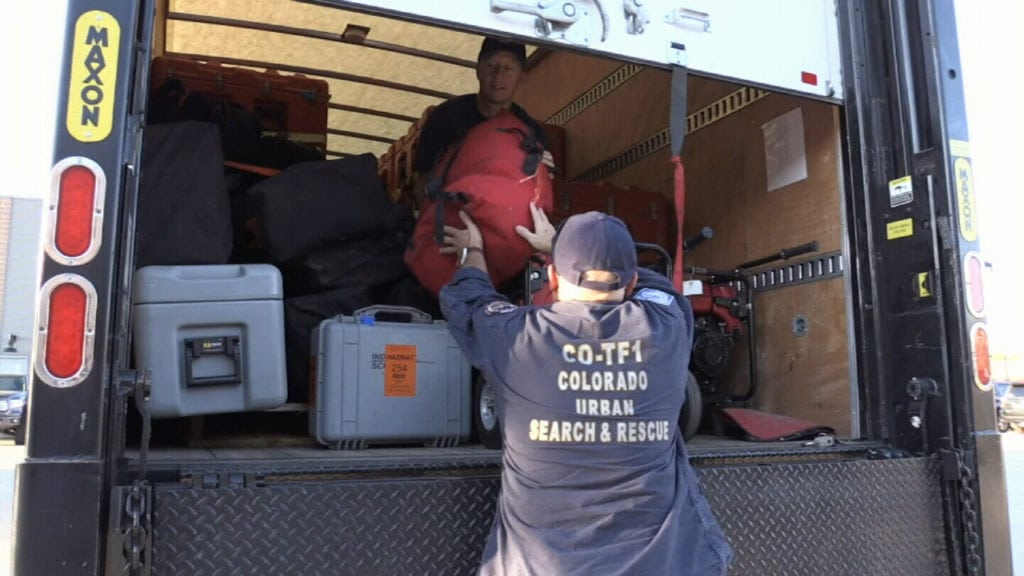 Colorado Task Force 1, a FEMA-sponsored team of emergency service personnel with heightened training and equipment to respond to large-scale disasters, sent 45 people to North Carolina to help. Captain Steve Fassi, a fire captain with Pueblo Fire Department, is a member of the team, but did not deploy this week.

“Honestly, what you see on TV is kind of the only experience you can relate to what it might be like when you get to something like that,” Fassi said. “But again, when you are seeing it on TV, you’re not able to use your senses.”

Fassi is a hazardous materials expert as part of the task force, which main focus is urban search and rescue. Most of the team’s members are firefighters in departments along the Front Range.

“That’s our job. That’s what we train for, and we want to do that,” Fassi said. “We are self-sustainable for 72 hours. We have our own food, water, shelter. We expect to have no power. We bring everything with us.”

But the task force isn’t the only contingent from Colorado.

American Medical Response (AMR), one of the largest ambulance providers in the nation, sent 13 emergency medical technicians and paramedics from the Pikes Peak region. AMR also has a contract with FEMA.

“It’s a huge responsibility, and it’s also a huge privilege that we have to be able to help in an organized fashion and in a large movement to be able to get a lot of help there quickly,” said Chris McMahan, operations supervisor for AMR Pueblo.

And then there are volunteers.

The American Red Cross brought 30 volunteers from the Colorado Springs area, including Dana Goldsmith. Goldsmith spoke with News 5 in a Skype session Wednesday, as she was part of establishing a mobile command post in Raleigh.

“We’re able to get in here and really focus on the work that we’re trying to accomplish, and we don’t have to have the worry of whether or not our family and friends in our community are safe,” Goldsmith said.

She said the Black Forest Fire led her to volunteering, and volunteering now to help others was a way of giving back to those that helped Colorado.

“A lot of people from all over the country come to Colorado, even just this last summer, to support our wildfire responses,” Goldsmith said. “So, when they come to us and help us out, we’re more than happy to go out and help them out as well.”