Super Typhoon Jebi most powerful storm on earth in 2018 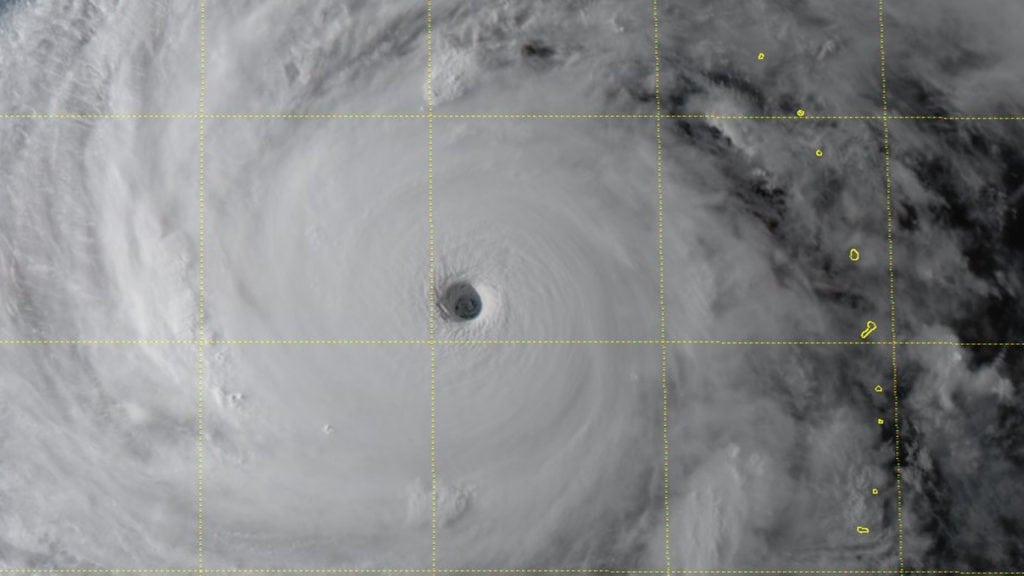 PACIFIC OCEAN – Super Typhoon Jebi is now the most powerful storm on earth in 2018. This monster storm is spinning northwest of Guam and is currently tracked to impact Japan next week. Thankfully, forecast tracks indicate Jebi will weaken to a category 2 storm as it hits Japan.

Check out Typhoon #Jebi in the Pacific from #Himawari – wow. May the force be with it pic.twitter.com/Q8D9zCpcTU

A powerful category 5 typhoon, Jebi has an estimated central pressure of 911 millibars and peak sustained winds of 175 mph. This storm gained an estimated 115mph wind bump in 48 hours from Wednesday morning to Friday local time.

Super Typhoon Maria, previously regarded as the strongest storm of 2018, had a minimum central pressure of 915 millibars and peak sustained winds of 160 mph.

While Jebi is without a doubt a monster storm, it pales in comparison to Typhoon Tip, the current record holder as the strongest storm ever on earth. Typhoon Tip reached a world wide record low pressure of 870 millibars with peak sustained winds of 190 mph.