Four suspects arrested for string of robberies in Colorado Springs

COLORADO SPRINGS  – Four suspects were arrested and taken into custody for eight robberies and one theft in Colorado Springs over a six-day period.

Police said seven more robberies and a theft were committed by the same suspects over the next six days. Detectives were able to identify all four suspects in the initial investigation.

Anyone with information or is a witness to any of these investigations is asked to call CSPD at (719) 444-7000.

Here is a list of robbery dates and locations: 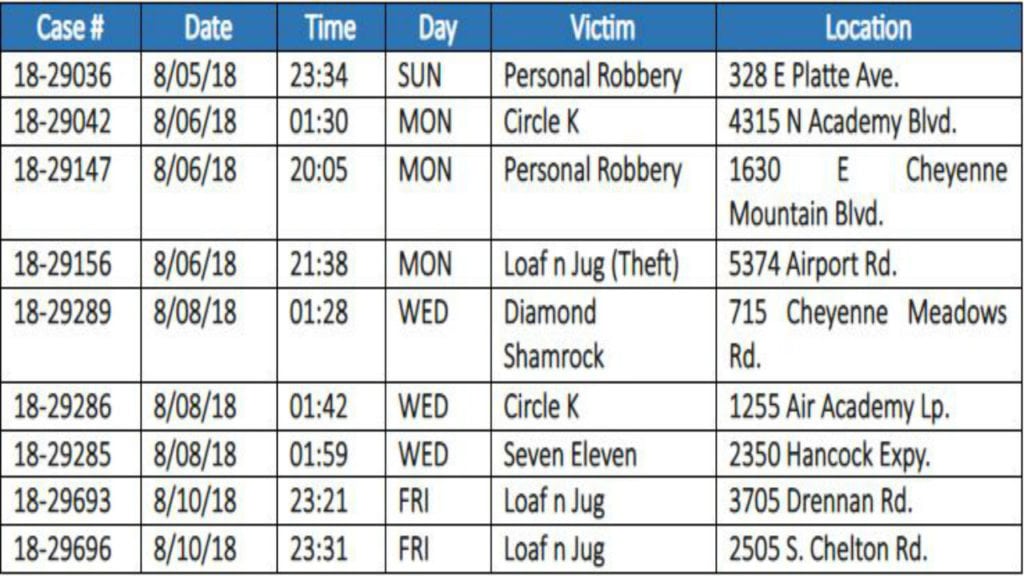