‘Virtually everyone impacted’ by hail storm on Fort Carson

FORT CARSON – In a matter of minutes, Fort Carson was under attack Monday.

The Mountain Post, like several communities, was hit by another wave of severe weather in southern Colorado.

“We know that virtually every soldier, civilian, family member who was here on the installation was hit pretty hard, as well as, of course, many of our family members who live in the surrounding communities here around Fort Carson,” Wortinger said. 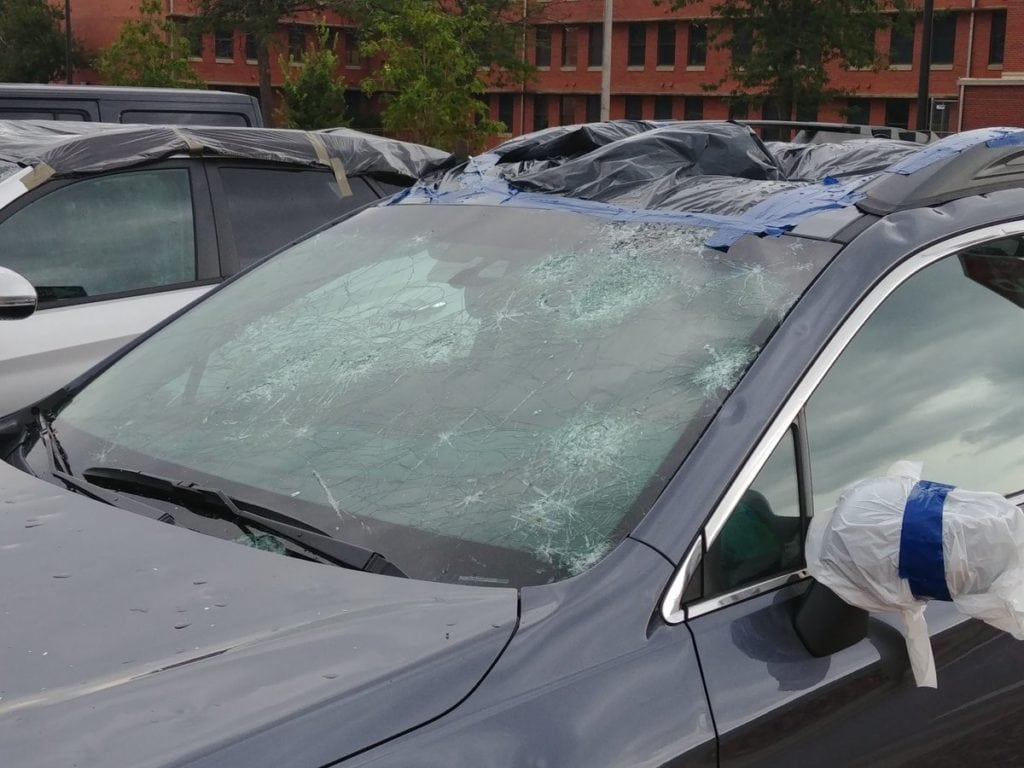 Windshields are crushes, and many cars are now totally destroyed following the storm.

In a press conference Tuesday, Wortinger said it reminded him of being in combat.

“This is like an artillery strike on the installation, which I’ve experienced many times in Iraq and Afghanistan,” Wortinger said. “So, when the artillery happens, you take cover as best you can. You ride it out. When the artillery barrage lifts, you go out and do your assessment.”

And the early assessment isn’t good.

Wortinger said the June 13 hail storm cause $22 million in damage on post. His staff told him that Monday’s storm, by all accounts, was much worse.

“We had about 300 holes in the roof [of one building] that were not there (Monday) morning. So, we have teams going up there assessing that, patching that and getting that taken care of, so that we don’t have subsequent water damage, which would cost even more to repair,” he said.

Now, the community picks up the pieces.

They’re bracing for more weather, but they’re thankful this round of storms wasn’t any worse.

“I’m really, really grateful that we did not lose anyone’s life as a result of this terrible storm,” he said.

The post’s public works department has received 750 calls for service to repair residential areas, Wortinger said. The department will assess all damage over the next 30 days before releasing a total amount on damage.