COLORADO SPRINGS – Daniel Kimel and Robert Velazquez were still in barber school when they opened the Living Proof Barbershop in Colorado Springs in 2016.

They were paying off loans trying while trying to grow a business, but they were optimistic, based on the shop’s location off Pikes Peak Avenue near Union Boulevard.

“Figured this would be the perfect spot because of the traffic, and it has just an amazing view. So, you know, we just kind of took the leap of faith,” Kimel said. “Being on one of the busier streets here on the south central side of town… We usually did really, really well with the drive-by clientele.” 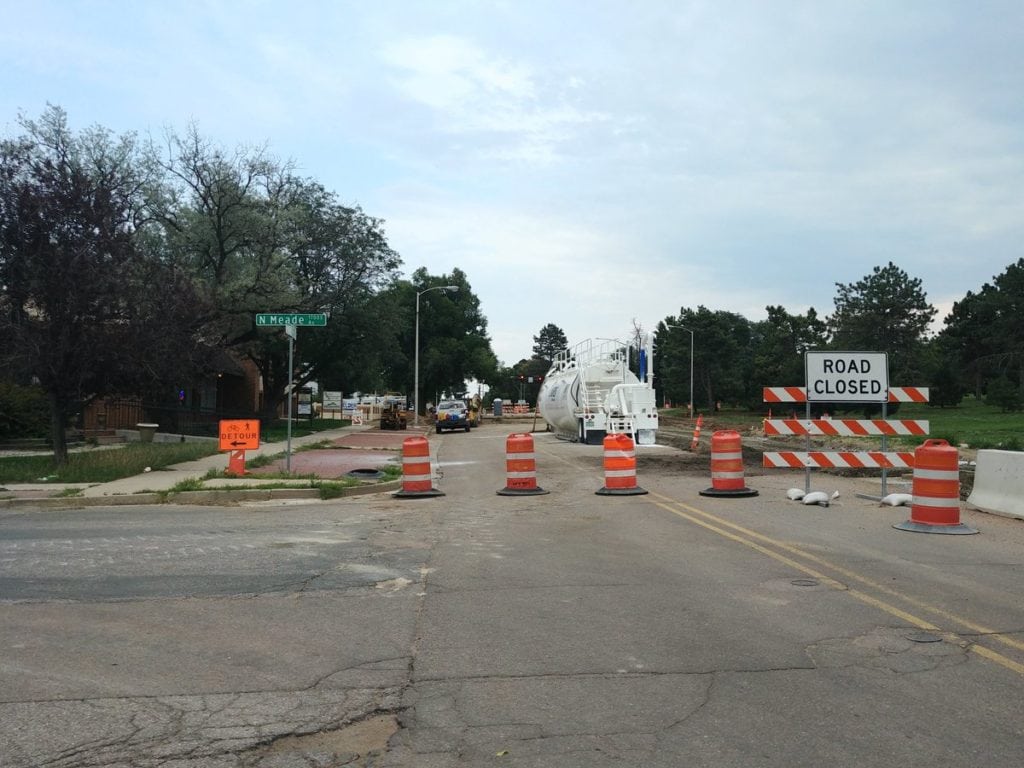 The barbershop thrived in its first two years, tripling its workforce and serving more clients, until cones and construction turned them away. The shop’s profit margin is now razor-thin, the owners said, as the Pikes Peak Avenue Reconstruction Project has blocked off access to the road.

Kimel said Living Proof Barbershop has lost between 50 and 60 percent of its profits during the project.

“Everyone’s avoiding this area like the plague,” Kimel said. “So, you know, we’re not really seeing a whole lot of those organic clients anymore.”

The two-year project was divided into four phases, so crews can replace water, sewer and gas lines beneath the road, in addition to redoing the road. Some of the lines are close to 100 years old.

Velazquez said he and other owners along Pikes Peak Avenue welcome the investment.

“Instead of them band-aiding everything and just putting little pothole fixes, they’re actually fixing the road and actually fixing the landscape of it to make it a little more appealing,” Velazquez said. “So, definitely a great, great thing that they’re doing.”

But they didn’t expect the project to make such a large financial impact in the process.

“Unfortunately, it is just causing the financial hit on us and every other local business around here,” Velazquez said. “But, we’re still here, you know, we’re still going to keep trudging through, you know.”

The owners were also adamant about more signage and assistance for businesses impacted by construction. Kimel said the city has offered free marketing advice, but that it usually involves spending more money that they don’t have right now.