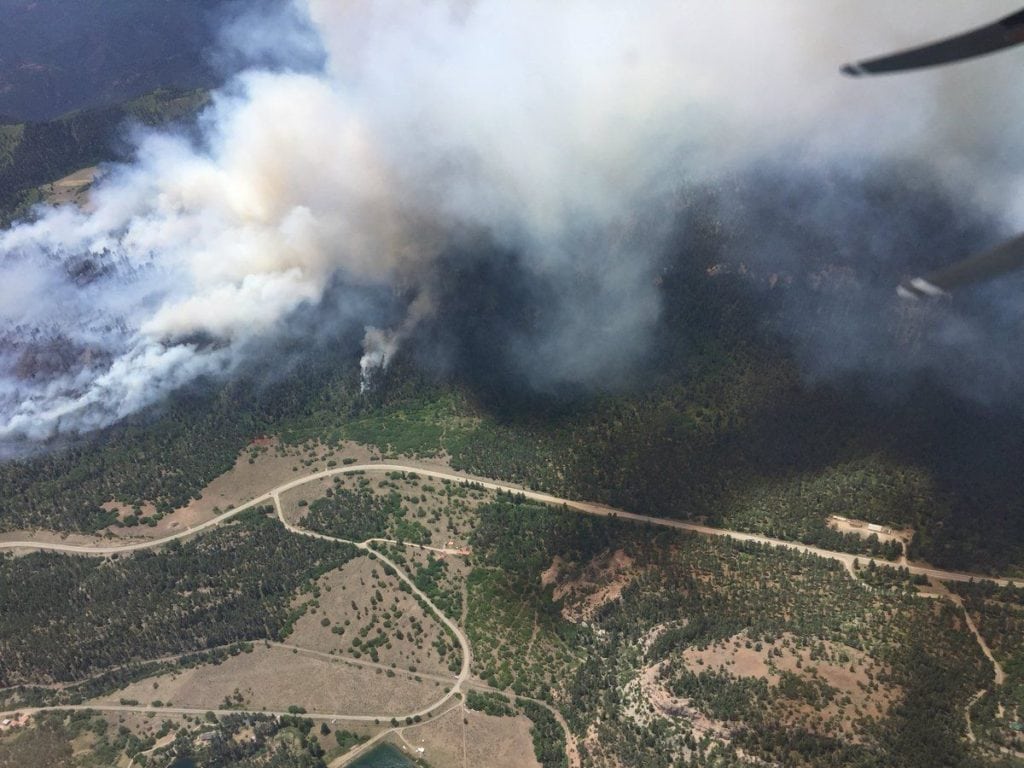 After weeks of intense fire activity and scorching more than 54,000 acres, the 416 Fire was declared 100 percent contained Tuesday afternoon.

The U.S. Forest Service made the announcement at 1 p.m. on its Facebook page, but rangers warned hot spots and other hazards remain in the fire area.

Rangers said it would take a significant amount of rain over the entire burn scar to completely put the fire out, but they say they’re confident the fire will stay in its containment lines. Smoke could be seen in the area until the fire is totally extinguished.

Tuesday’s announcement marks another positive step in the firefighting effort. The fire was no longer considered a threat on July 10 and most of the firefighters assigned to the fire were gradually allowed to leave as the month of July moved on.

The fire started on June 1 and forced thousands of homes to evacuate north of Durango. It also forced a closure of the San Juan National Forest and it forced CDOT to close Highway 115 for hours at a time. The fire exploded in size during the first week of June due to exceptionally dry conditions over the southwest part of the state.