Traffic fatalities continue to rise in June across Colorado

The last few weeks on many of Colorado’s roads have not been good. This month alone, 46-people statewide have been killed in auto accidents. 10-of those deaths have occurred in CDOT’s Region 2. Region 2 covers 14-counties, including El Paso and Pueblo counties. 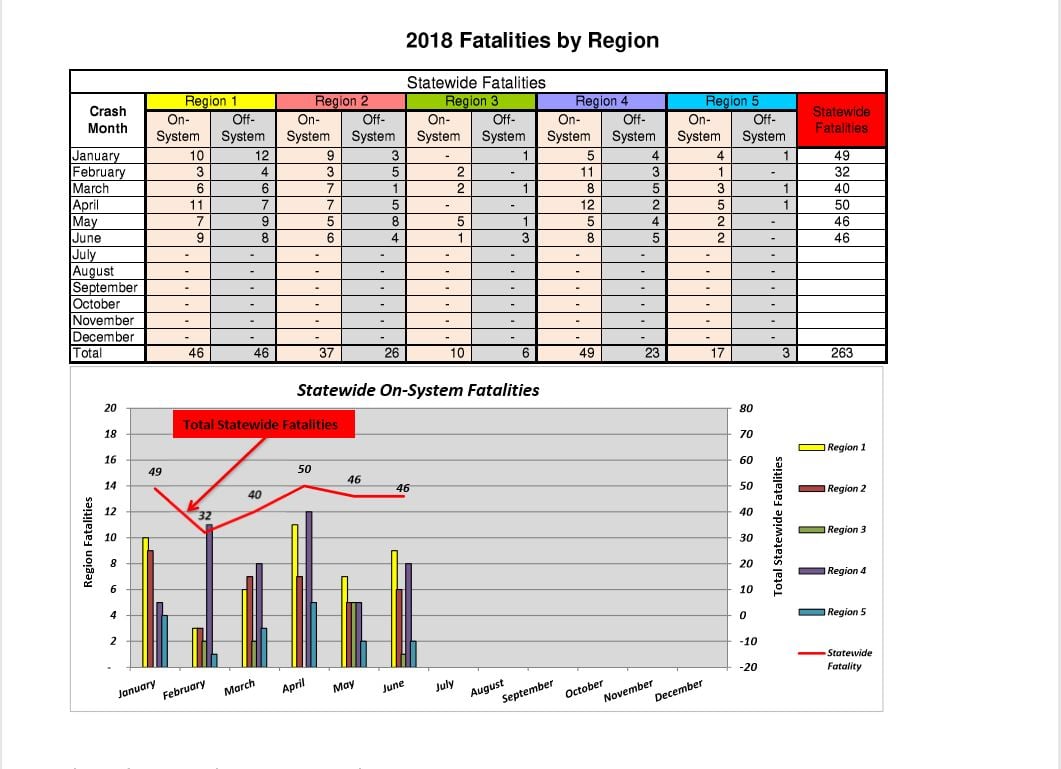 There are so many factors that come in to play when it comes to the shear number of deaths and traffic accidents in general. Drivers are being continually reminded by local law enforcement agencies, the Colorado State Patrol and even the Colorado Department of Transportation, about the hazards of distracted driving and driving under the influence of drugs and alcohol.

"The Heat Is On" campaign begins on Friday, June 29th, and runs through Thursday, July 5th. Law enforcement agencies statewide take an active role in the campaign every year and the number of people arrested for driving under the influence is always staggering.

The Colorado Springs police are actively using social media to tell drivers about the dangers of distracted driving and to push home the point that there have been 23-traffic fatalities in Colorado Springs so far this year.

Eight out of the 23-deaths were the result of a vehicle turning left into oncoming traffic. Four out of five pedestrian deaths were pedestrians crossing the street illegally.

The most important thing to remember when you’re behind the wheel of your vehicle is that you’re in control of your own actions. From texting and driving, to getting behind the wheel drunk or high. You can’t control the actions of the drivers around you, but if you’re paying attention, you may be able to avoid getting tied up in their poor choices.