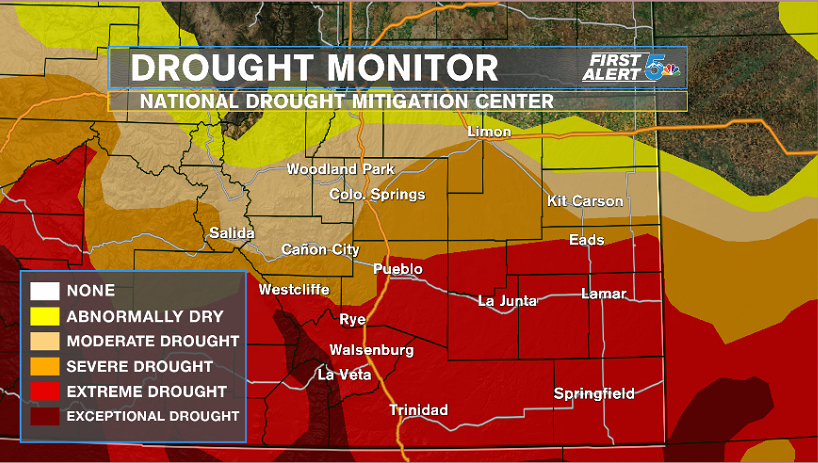 Ocean temperatures have warmed enough over the Pacific that forecasters from NOAA no longer consider a La Nina pattern to be in effect. Even though La Nina has passed, the effects are ever present across Colorado. Snow and rain over the Winter was shifted to the northern Rockies, leaving the state wide snow pack well below average through most of the cold season. This, combined with limited Spring thunderstorms, has resulted in heavy drought conditions across most of the region.

There are signs of hope for the future. Now that La Nina has subsided, near normal conditions will hopefully return through the summer. For Colorado, that should mean a timely return of monsoon season in July. The 3 month outlook from NOAA shows this with the Rockies seeing above average rainfall and slightly cooler air pushing back into Colorado.