Springs parks ranked as middle of the pack

In recent years the number of tourists continues to rise.  The Colorado Springs Convention & Visitors Bureau reports 20 million tourists flooded into the region during the 2017 season. However, the amount of funding towards Springs parks has slowed down

“We’ve grown a lot and everything is more expensive to build, and we have a backlog,” said Richard Skorman, Colorado Springs city council president.

There are repairs to be made and new parks in the plans, but according to city officials, there’s not enough money for all of that work.

“One of the things we’ve been working towards with our advocates and elected officials is working to move the needle back to where we were back in the 2010 period,” stated Karen Palus, director of Colorado Springs Parks, Recreation, and Cultural Services.

City officials report that in 2010 parks received $20 million annually out of the general fund, that then dropped below $10 million. Funding currently sits at $13 million annually.

“So it would be great if we could get more funding and make sure that funding was secure so we can plan for the future,” continued Skorman.

The decrease in cash flow has made an impact according to a recent study conducted by the Trust for Public Land, “The nation’s largest national nonprofit organization working to create and improve neighborhood parks.” Utilizing an advanced “Geographic Information System,” the TPL took  the country’s 100 largest cities, analyzed, and then ranked them based off the following factors:

“The city earned strong marks for dog park access, but its ranking was hurt by low park investment,” according to the TPL.

“That spending per resident is really one of the driving factors and key component that brings us up or brings us down,” stated Palus.

Spending per resident in the springs is just over $81, where spending from other Colorado cities is much higher. 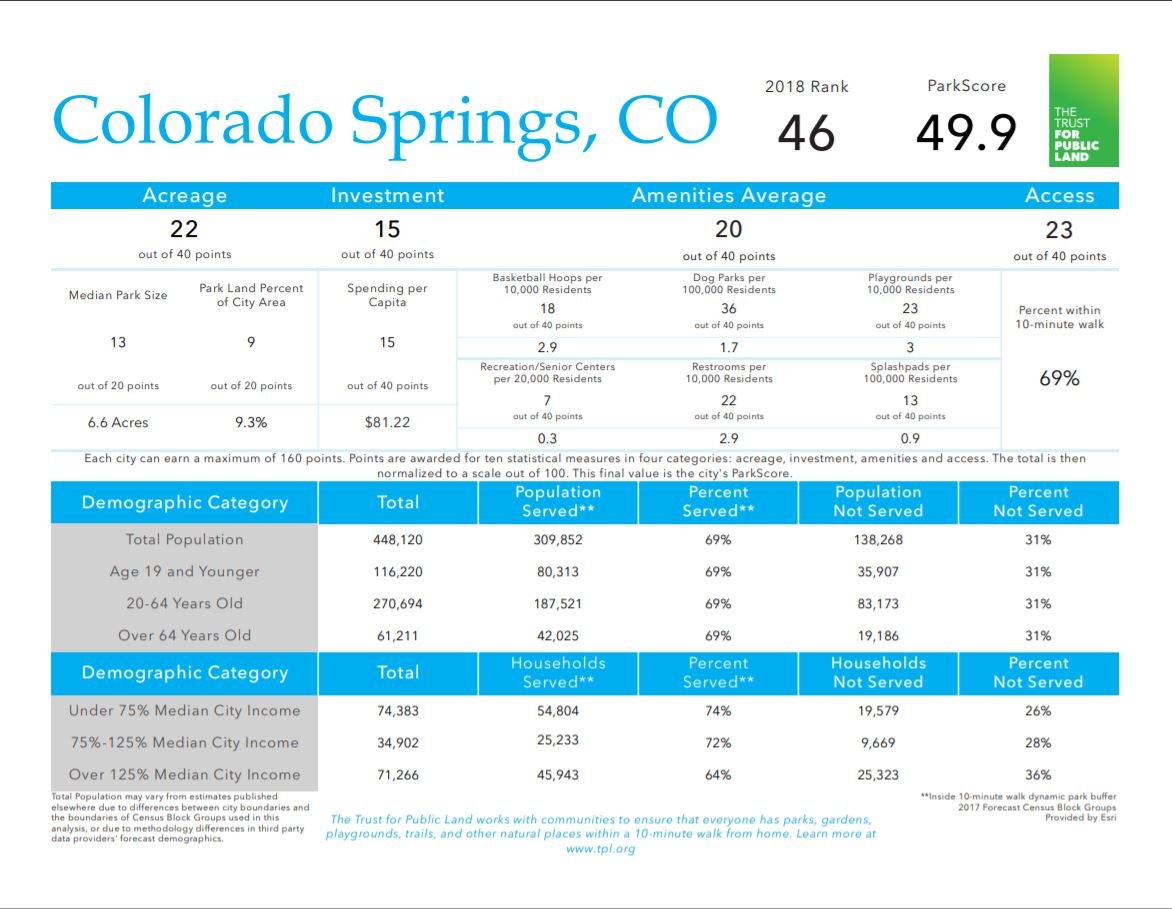 “Our team works really hard to make those dollars go as far as possible and make the best possible experience for residents and visitors,” said Palus.

Eventually Parks and Recreation, in line with the hopes of the TPL, hopes to have everyone in the city only a 10 minute walk away from a park. As part of the study, a map was provided for each city, outlining current parks and park service areas as well as areas in need of parks. 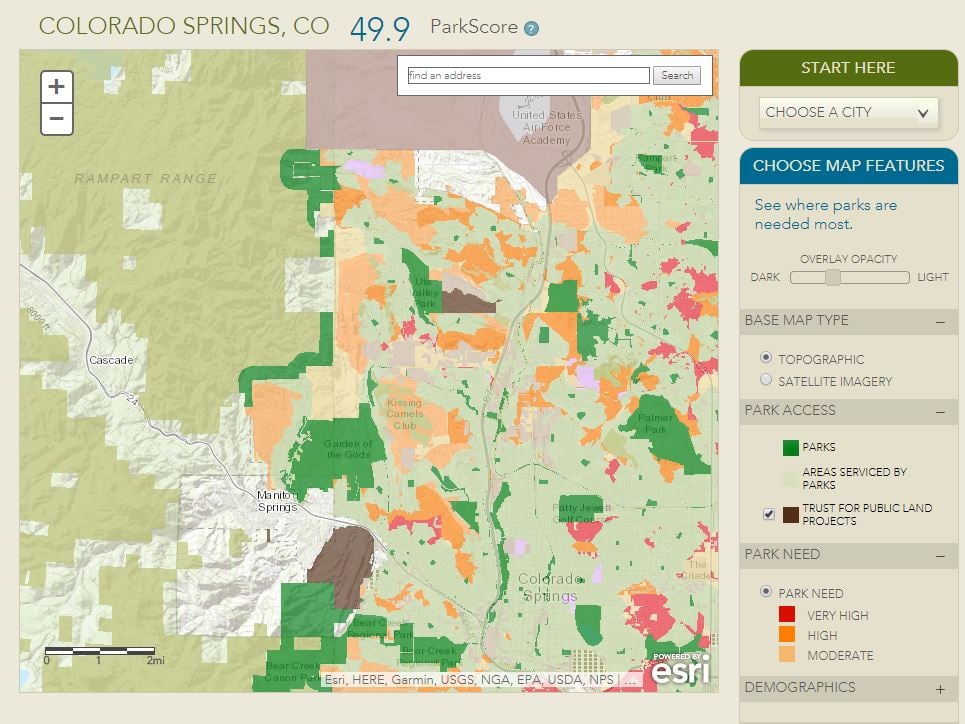 “As a parks director, that’s most important to me in terms of what we’re doing in our neighborhoods and how we’re making our parks accessible to the community,” finished Palus.