NOBLESVILLE, Ind. (AP) – The Latest on a science teacher shot while tacking an armed student in Indiana (all times local):

Hailed as a hero, an Indiana teacher who stopped a school shooting instead wants the public to focus on a 13-year-old girl who was seriously injured.

Jason Seaman says Ella Whistler’s courage is "nothing short of remarkable." He spoke Monday for the first time since the shooting Friday at Noblesville West Middle School in Noblesville, Indiana.

Seaman was also shot as he tackled an armed student. He was released from a hospital Saturday.

The 29-year-old seventh-grade teacher says he’s still processing what happened. But he says his steps that day "were the only acceptable actions" to save his students.

Seaman spoke for just a few minutes. He didn’t disclose any details and declined to take questions from reporters. 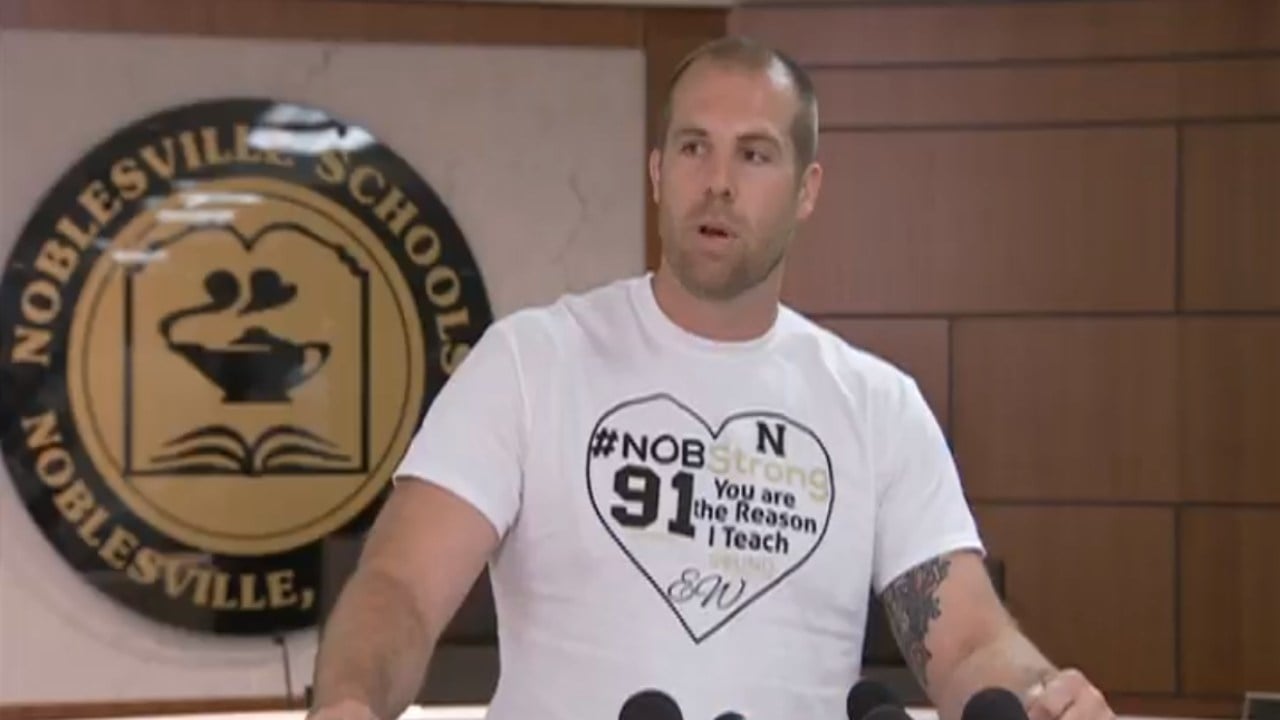 The Indiana teacher who stopped a school shooting says his swift decisions were the "only acceptable actions" to save his students.

Jason Seaman spoke publicly Monday for the first time, three days after he tackled and disarmed a student with a gun at Noblesville West Middle School.

Seaman was shot but not seriously injured. A 13-year-old girl is in critical but stable condition. Seaman says he acted because he cares deeply about his students.

Noblesville Superintendent Beth Niedemeyer says the community "endured a horrific and senseless tragedy." She says Seaman, a seventh grade teacher and football coach, "put his own life in danger" for others.

A science teacher who was shot while tackling an armed student at a suburban Indianapolis middle school is scheduled to speak about the incident.

The school district says Jason Seaman will discuss the shooting during a press conference Monday morning. The school’s principal and district superintendent will also be on hand.

Student witness Ethan Stonebraker told ABC News that Seaman threw a basketball at the shooter and ran toward the gunfire to tackle the suspect.

Another student, Ella Whistler, was also shot. Her family said Saturday that she remains hospitalized in critical but stable condition.

The district says Seaman will also be honored at a baseball game Monday morning at Noblesville High School.