White House doctor Ronny Jackson remains on the job, despite withdrawing from consideration as VA secretary.

Asked whether Jackson will stay on, White House press secretary Sarah Huckabee Sanders says, "Admiral Jackson is a doctor in the United States Navy assigned to the White House and is here at work today."

Jackson said he was pulling out early Thursday, after Senators released details of allegations against him. The accusations including that he recklessly prescribed drugs and exhibited drunken behavior.

President Donald Trump is praising Ronny Jackson, who has just announced he will withdraw from consideration as Veterans Affairs secretary. Trump says there will be consequences for the Democratic senator who led the charge against Jackson.

In a phone interview with "Fox & Friends" Thursday, Trump says Jackson "would have done a great job," but that he saw where his nomination was going.

Trump places the blame on Montana Democratic Sen. Jon Tester, whose office issued a report Wednesday listing allegations it had gathered about Jackson’s work as White House doctor. Trump says: "I think Jon Tester has to have a big price to pay in Montana."

Trump says he has an idea for a replacement nominee, adding it will be "someone with political capability."

White House doctor Ronny Jackson is withdrawing from consideration as Veterans Affairs secretary. Jackson says "false allegations" against him have become a distraction.

The White House sent out a statement from Jackson Thursday morning. He says he "did not expect to have to dignify baseless and anonymous attacks on my character and integrity."

Jackson has faced a series of accusations about his workplace conduct, including that recklessly prescribed drugs and exhibited drunken behavior.

Jackson was a surprise choice who has worked as a White House physician since 2006. He faced immediate questions from Republican and Democratic lawmakers about whether he had the experience to manage the VA, which has 360,000 employees serving 9 million veterans. 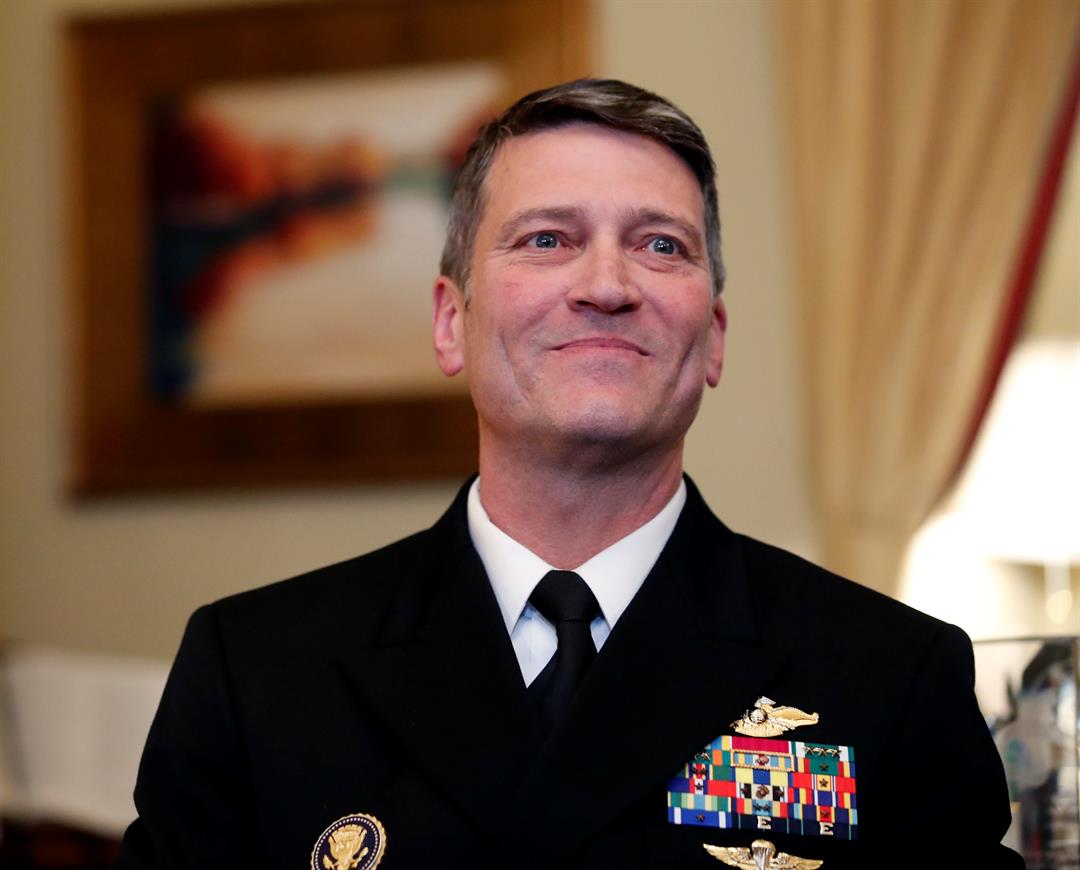 White House doctor Ronny Jackson is considering withdrawing his nomination to serve as secretary of Veterans Affairs. That’s while he struggles with allegations that include recklessly prescribing drugs and drunken behavior.

A senior administration official says Jackson still denies most of the allegations against him, but says he is increasingly frustrated by the process. The source wasn’t authorized to publicly discuss internal deliberations and spoke on condition of anonymity.

The White House is still defending Jackson but also preparing for the possibility that he will withdraw from consideration.

Democratic Senate staff put together accusations against Jackson from conversations with 23 current and former colleagues at the White House Medical Unit. Their summary includes accusations that Jackson crashed a government vehicle while he was intoxicated.

White House doctor Ronny Jackson exhibited a pattern of recklessly prescribing drugs and drunken behavior, including crashing a government vehicle while intoxicated and doling out such a large supply of a prescription opioid that staffers panicked because they thought the drugs were missing, according to accusations compiled by Democratic staff on the committee considering his nomination as Veterans Affairs secretary.

The summary was based on conversations with 23 of Jackson’s current and former colleagues at the White House Medical Unit. It is the latest blow to his nomination to lead the government’s second-largest Cabinet agency.

In just a matter of days, the allegations have transformed Jackson’s reputation as a celebrated doctor attending the president to an embattled nominee accused of drinking on the job and over-prescribing drugs. He was seen pacing back and forth on the White House grounds Wednesday.