Del Bagno was a 2005 graduate of Utah Valley State University who received his commission from Officer Training School in 2007. His prior experience included work as a civilian flight instructor, corporate pilot, skywriter and as a banner tow pilot. He previously served an an F-35A Evaluator Pilot and Chief of Standardization and Evaluation, 58th Fighter Squadron, Eglin AFB, Fla.

Del Bagno’s crash was the third Thunderbird crash in the past two years and caused the cancellation of several shows. 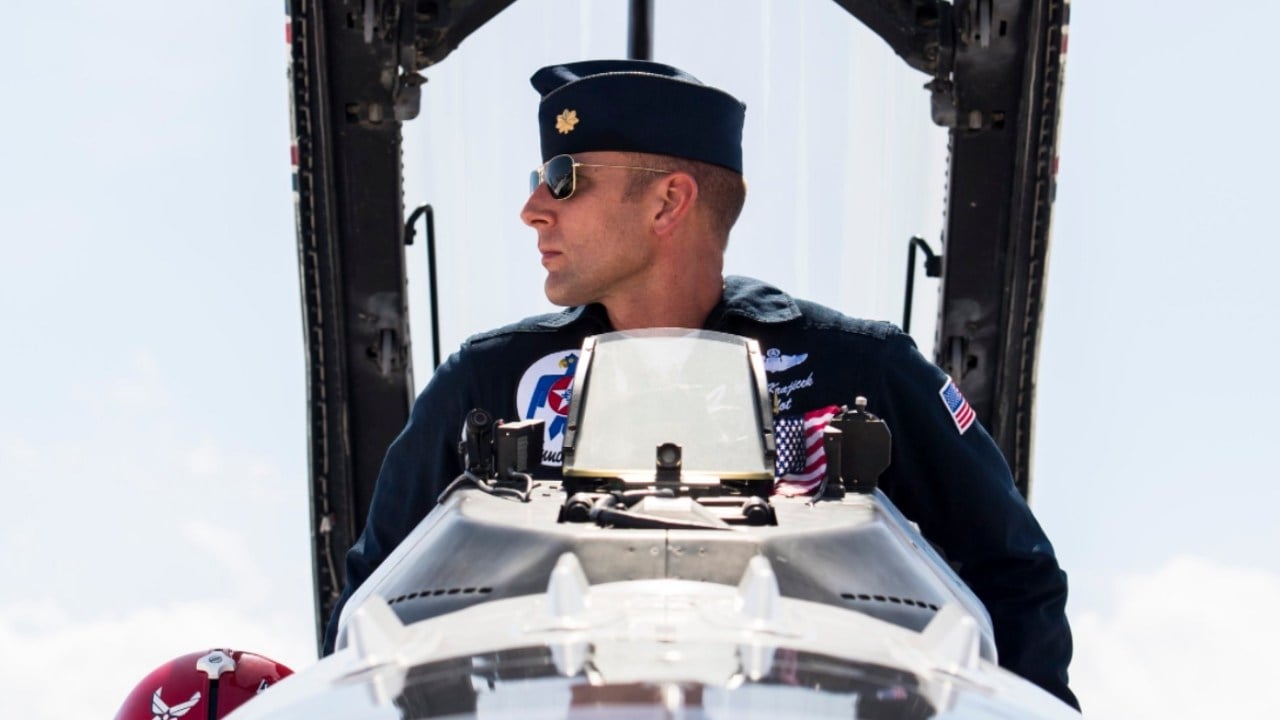 According to the Air Force, Krajicek is an experienced Thunderbird alumnus who performed as the Slot Pilot during the 2016 and 2017 show seasons. He will now serve as the 4/Slot Pilot for the remainder of the 2018 show season. To facilitate Krajicek’s requalification training, two of the Thunderbird’s upcoming shows have been canceled, April 28th in Charleston, South Carolina and May 5th in Fort Lauderdale, Florida.

Major Krajicek has logged more than 3,400 flight hours as a military pilot, with more than 650 hours of combat experience. He flew UH-60 Blackhawks in the Army, is an F-16C/D Fighting Falcon instructor pilot, and was commissioned into the Air Force in 2004.

“We’re grateful to have Khan coming back to the team,” said Lt. Col. Kevin Walsh, Thunderbird 1, Commander/Leader. “His experience and familiarity with our team’s mission and the demonstration profile make him the right choice as we safely make our way back on the road to recruit, retain and inspire once more.”

The Thunderbird’s participation at a show scheduled for May 12th at Laughlin Air Force Base in Texas is yet to be determined and will depend upon the team’s readiness to perform a safe 6-ship aerial demonstration.

The Thunderbird’s schedule for the remainder of 2018 can be found below: