A fire burning in Baca County over the Kansas border is nearly 50,000 acres as of Wednesday.

According to the Colorado Division of Homeland Security and Emergency Management, the fire started Tuesday and prompted mandatory evacuations for residents nearby. The Baca County Sheriff’s Office said the Methodist Church at the corner of Oak and Nevada St was set up as an evacuation center.

Colorado Emergency Management also said there have been reports of damages to homes, sources say approximately three homes have been damaged. Two injuries were reported due to smoke inhalation.

Multiple resources are still in response to the fire, but as of Wednesday afternoon there is no containment. The fire has been named the Badger Hole Fire.

The area has been under a Red Flag Warning due to high fire danger and strong winds.

Here is a perimeter map of where the fire is burning between the Colorado and Kansas border courtesy of Google Maps: 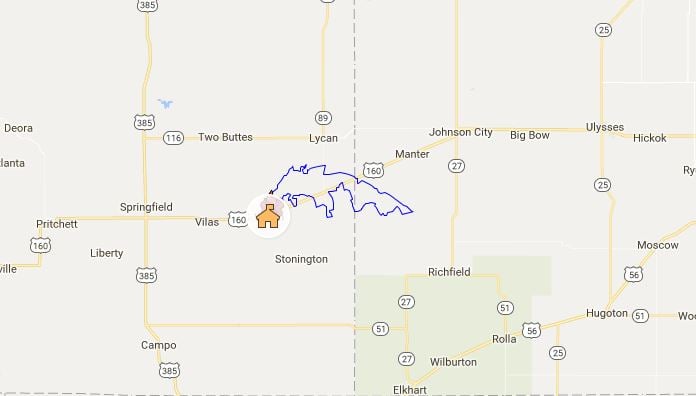