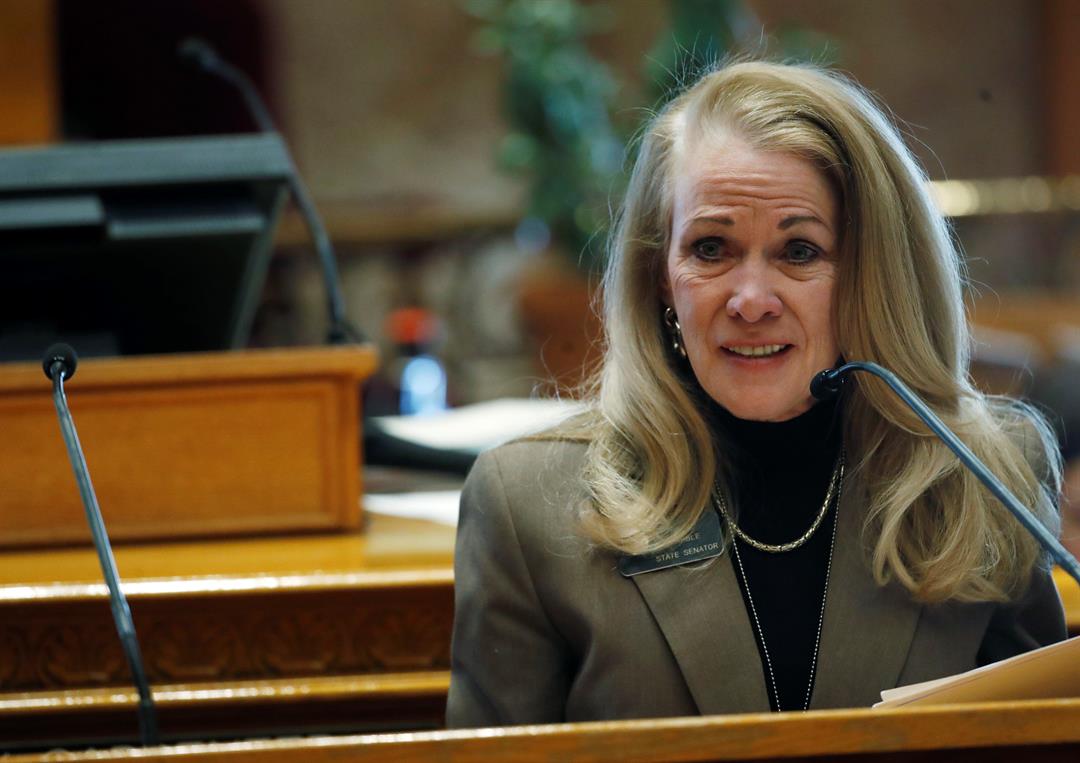 (AP Photo: Colorado State Sen. Vicki Marble, R-Fort Collins, makes a statement during debate on a concealed carry bill during action on the floor of the chamber Thursday, March 8, 2018, in the State Capitol in Denver.)

A state commission has ruled that a Colorado state senator violated ethics rules in 2017 when she moderated an oil and gas forum funded by the industry.

The 3-2 ruling from the Independent Ethics Commission on Monday validated a complaint brought by a constituent against Sen. Vicki Marble, a Fort Collins Republican. The commission also levied a $2,242 fine.

The complaint says Marble’s participation in the forum violated a constitutional ban on public officials receiving gifts as part of their official duties. It alleges that she used the forum, which was funded and organized by Extraction Oil and Gas, as a constituent event.

Marble denies that her appearance at the forum violated ethics rules and plans to appeal the decision after it’s issued in writing in May.