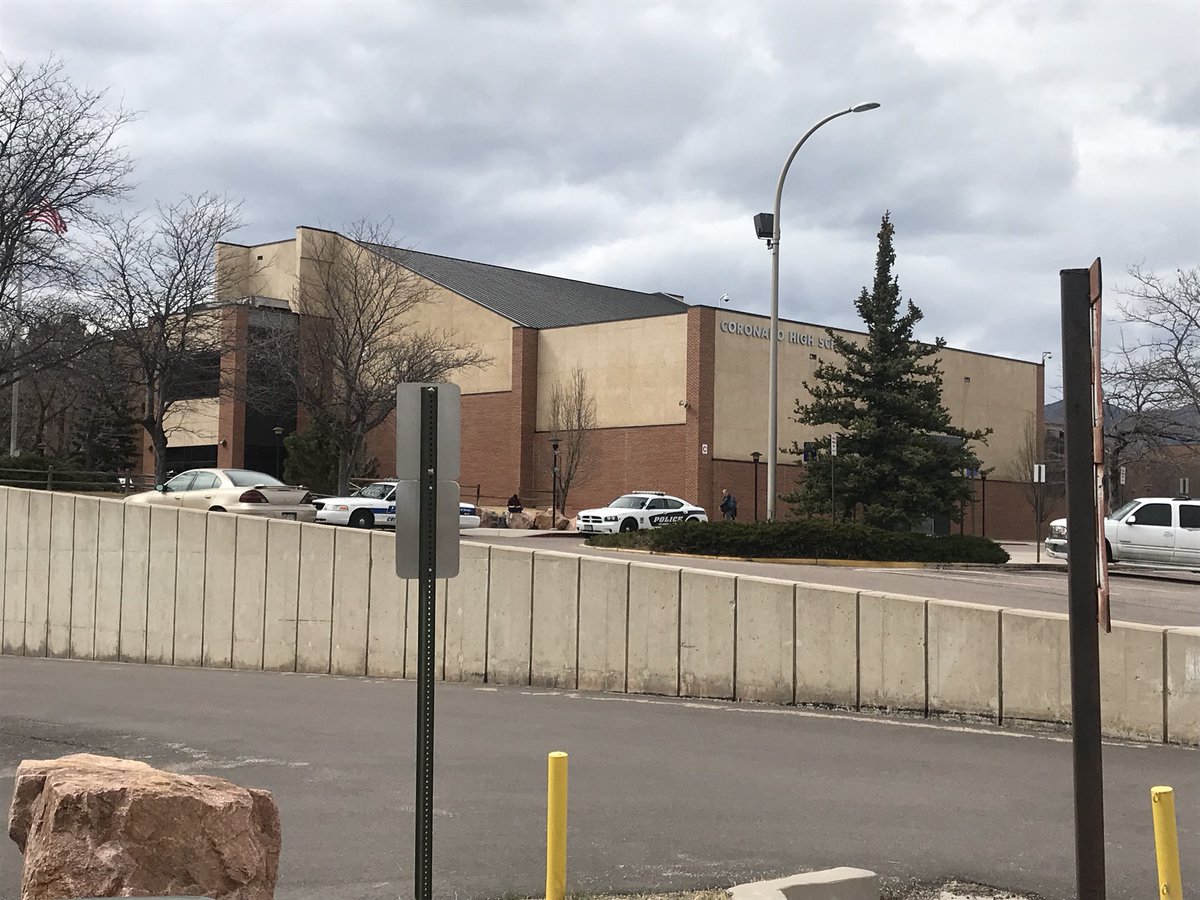 Coronado High School was on a brief lockdown Wednesday afternoon due to a false report.

According to police, the call came in as an ‘active shooter’ at the school which was quickly deemed untrue.

Lt. Black with CSPD says the incident at Coronado High School is a criminal false reporting situation. The person who made that call could face charges. The call came in as an “active shooter in progress” which was quickly debunked @KOAA pic.twitter.com/JTQ4zv6gA9

Police  promptly responded to the situation, tweeting out that there was no active shooter.

CSPD said it expects to make an arrest in this criminal false reporting case.

The school has been given the all clear.