La Niña Is Weakening – How Does This Impact You?

La Niña held strong from November through February, but a fresh update from the Climate Prediction Center shows strong signs the pattern is starting to lose its grip. We’ll talk about La Niña’s impact on southern Colorado so far this year, how we know it’s weakening, and more importantly, the impacts we’ll see through the rest of the year.

Did We Feel The Effects of La Niña?
For the United State, yes we did see traditional La Niña impacts and we have data to prove it. La Niña will typically give most of the southern United State warmer than average air temperatures and below average rain/snow. I think we all know how this Winter turned out with snowfall as nearly every month, except February for Colorado Springs, turned out snowfall totals well below average. The picture below backs this up. Nearly all of the southern half of the United States is in or around a shade of brown, which represents below normal precipitation., where the areas in green by Montana and Idaho represent above average precipitation. Colorado wasn’t hit as hard as states like Texas and California, we we still were generally at or below average from December through March.

(Areas in brown represent below average precipitation from December to March, green represents above average)

How Do We Know La Niña Is Weakening?
Updates from the Climate Prediction center, using both current data and forecast predictions show clear signs that while La Niña isn’t done yet, it’s showing signs of dying. The westerly winds that push warm water to the west away from the United States are starting to weaken. This means we’re seeing the warm water, actually under the surface which is unusual, start to move back east and try to warm the cold water that makes up La Niña. The picture below shows the large abundance of cold water indication our La Niña pattern is still occurring, but that warmer ocean water moving in will, over the next few months, start to move La Niña towards a neutral pattern. 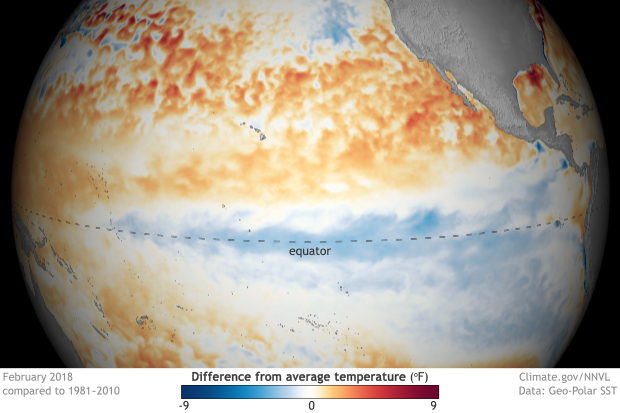 What Does This Mean For Southern Colorado?
There’s some good and bad news here! The good news is our La Niña pattern is forecast to end around May. That means we have a good chance of having a near normal or non-interrupted pattern for our monsoon season, which as many locals know, brings most of our much needed precipitation for the year. The bad news, unfortunately, is that because La Niña is forecast to last into May, we probably will not see normal snow totals through March and April. Normally we do very well in March and April isn’t too bad either for snow, as the two graphs below show over the last 10 years. 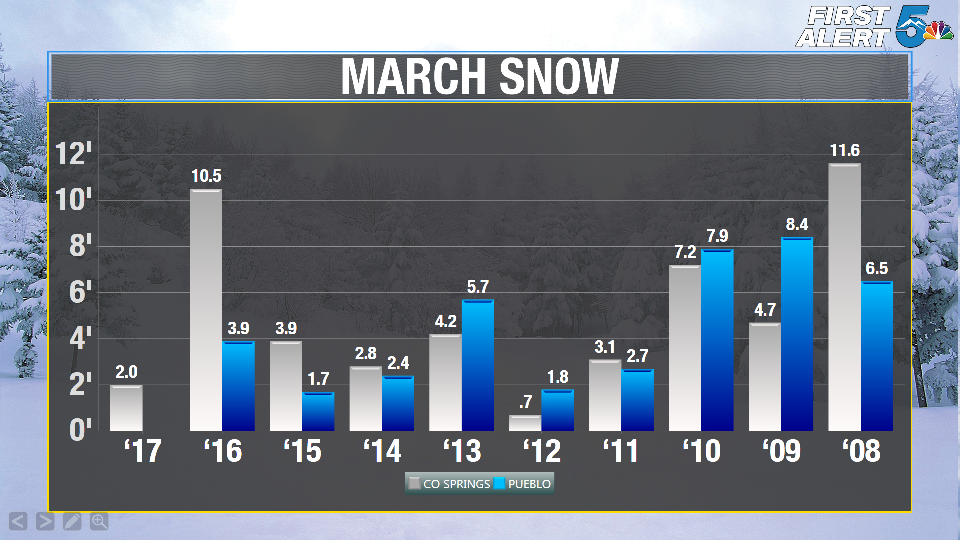 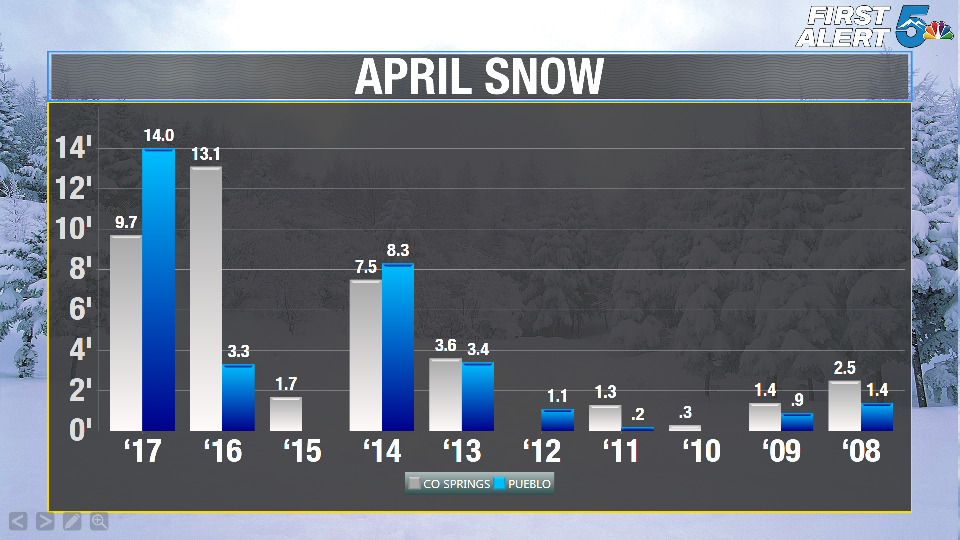 Predictions Through The End Of The Year:
Simply put, things will be very difficult to predict through the rest of March let along Spring and Summer. As La Niña breaks down we still could get a few big snowstorms or two in March and April, but the chances of us staying warm and dry are much stronger. As mentioned earlier, monsoon season will probably hold out alright since the dry patterns of La Niña should end by May, but the atmosphere will still need time to adjust and get back to normal even after La Niña is finished. If we go back towards a ENSO (El Niño or La Niña) neutral pattern through the rest of the year, it would most likely translate to near normal amounts of precipitation from Summer through Fall and into early Winter of next year. 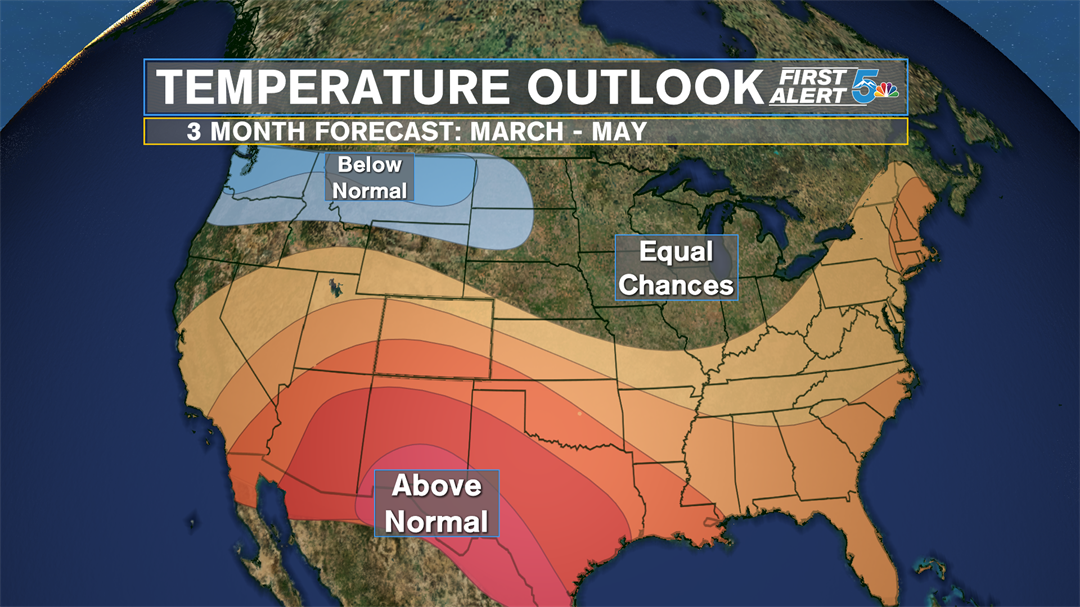 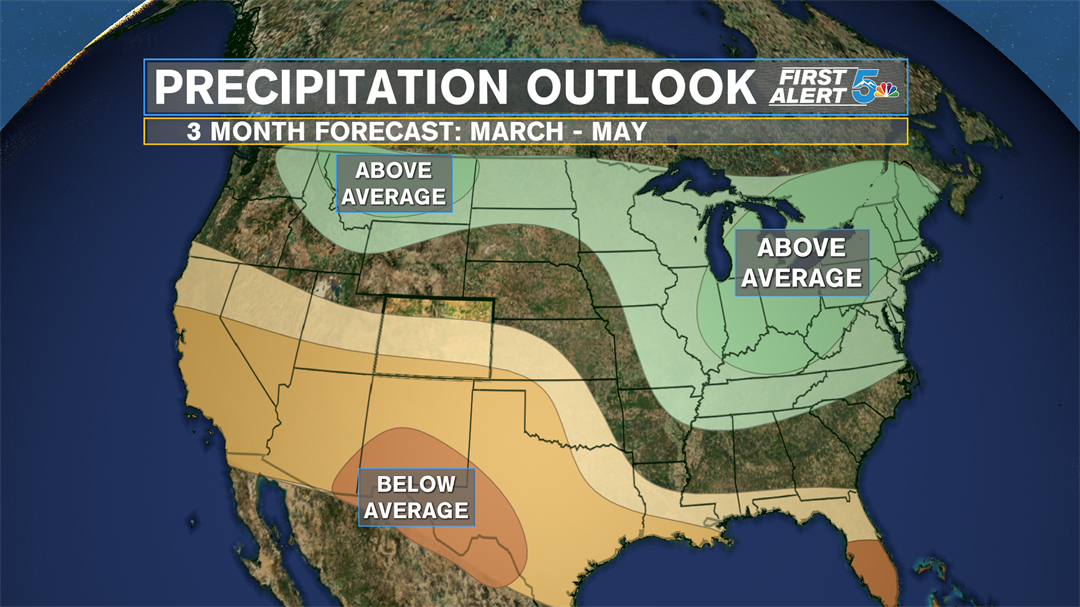