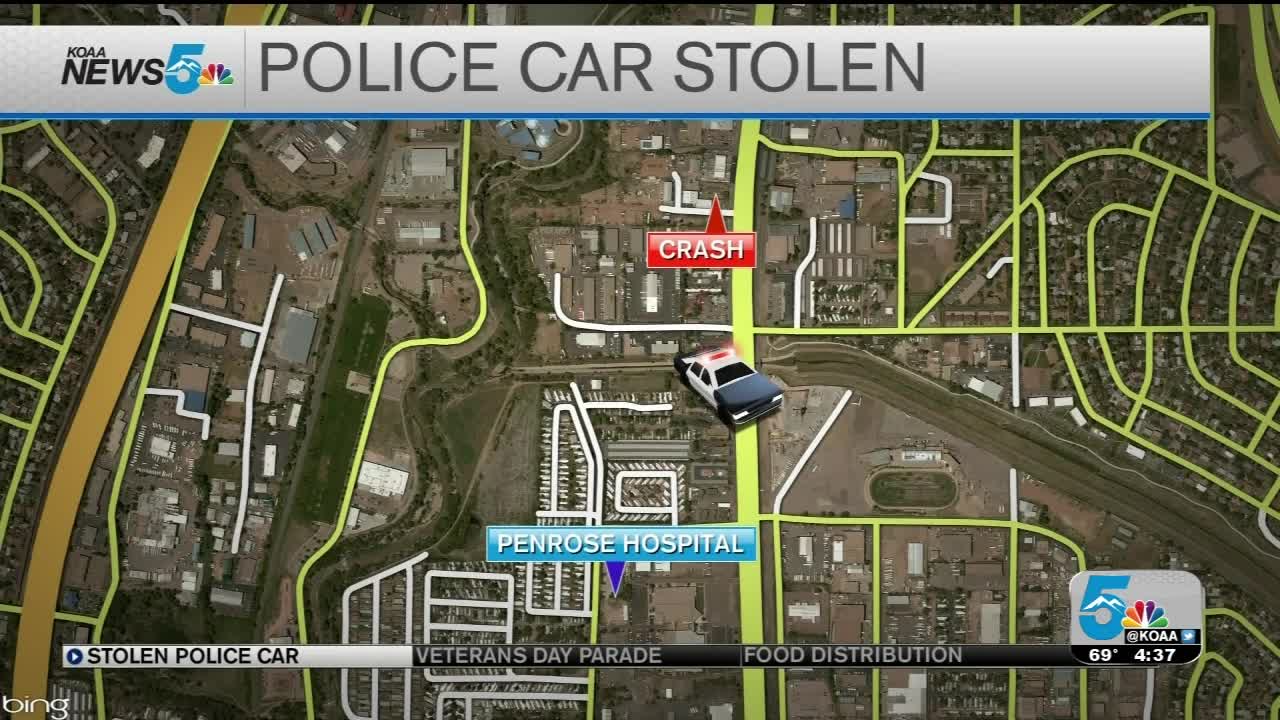 COLORADO SPRINGS — A woman is in police custody after officers say she stole a police cruiser and crashed it on North Nevada Avenue early Saturday morning.

Officers were investigating some sort of disturbance at the 4200 block of North Nevada when a woman, Crystal Grondahl got into the cruiser and sped off in the car.

Colorado Springs police say there were no serious injuries reported, and other than the police cruiser- no vehicles or private property were damaged.