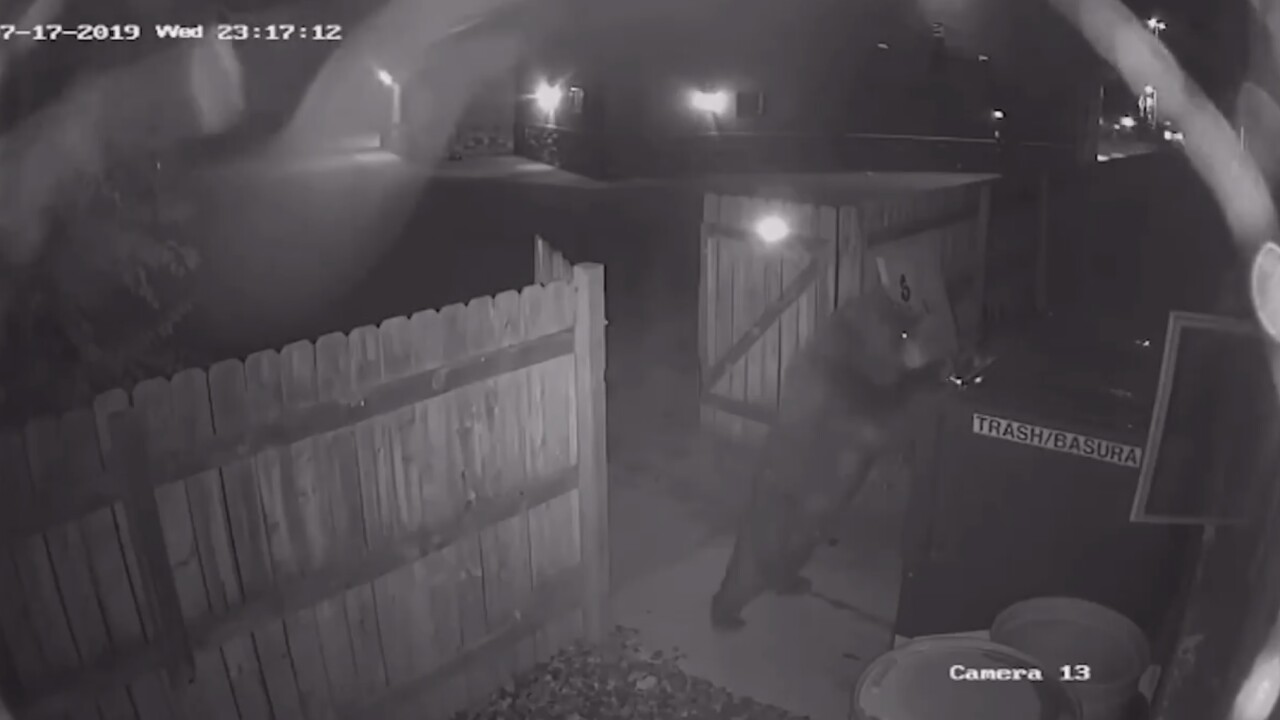 COLORADO — Colorado Parks and Wildlife want to remind you to bear-proof your property and cars to help keep your neighbors and Colorado's bears safe this summer.

CPW Northeast region tweeted a video of a bear in Lyons breaking through a fence and then sniffing around for trash before moving the dumpster out of the gate. The bear tried to open the dumpster's lid but was unsuccessful.

A bear breaks through a fence, sniffs around for trash.
The bear backs the trash dumpster out.
The bear tries to get into the dumpster, but cannot.
It tries to take the bear resistant dumpster home with him, but cannot.

Black bears are curious animals that are always on the lookout for a meal according to CPW. Cars, garages, and houses are easily accessible for bears because they can find human food, garbage, pet food and other items that attract them. When you give bears access to those, their instinctive drive to eat can overcome its fear of humans.

The Colorado Springs City Council is seriously considering a new ordinance to curb the problem. The proposed law would require anyone living west of I-25 to either use bear proof garbage cans or keep their garbage secured inside until 5:00 a.m. on their garbage day.

"It's a hard one, said Colorado Springs City Council President Richard Skorman. "You know we don't want to be too prescriptive as a government, but a lot of communities have required bear proof garbage cans."

Two council members representing all the people living west of I-25 decided to postpone a vote scheduled in August. They want to hold a couple of town hall meetings to discuss the ordinance with the people it will impact. The vote has been moved to September.