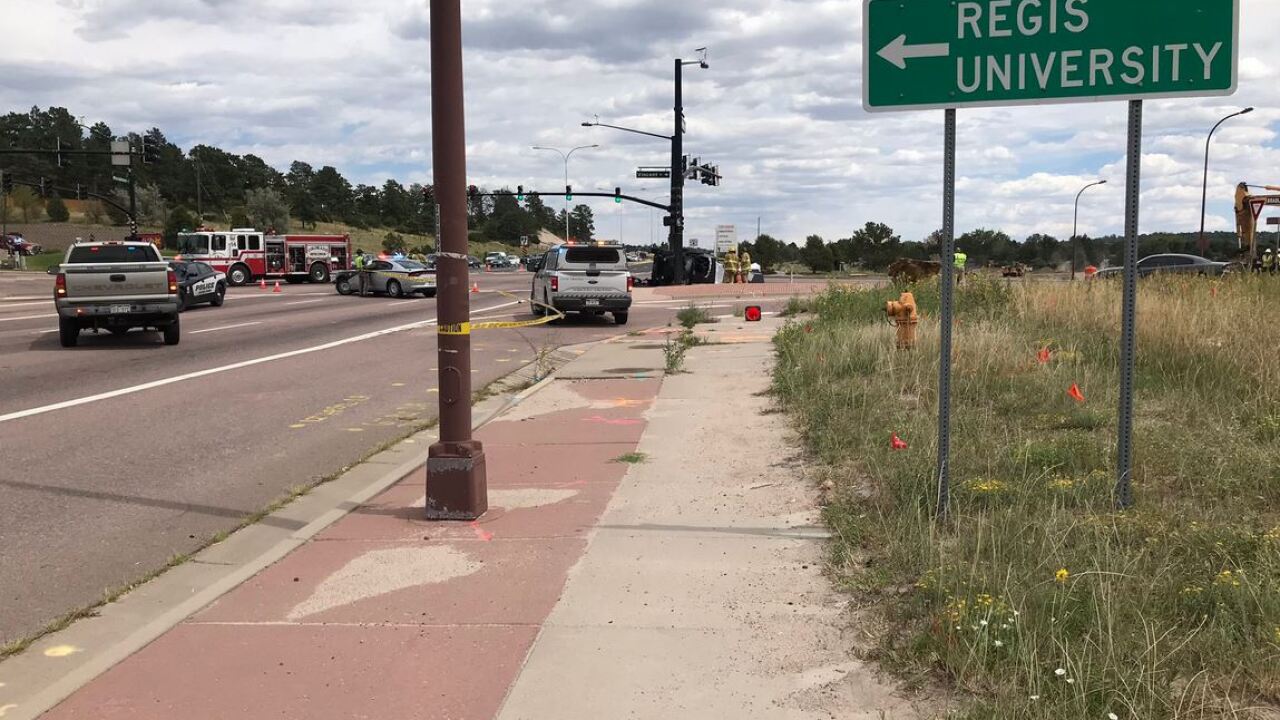 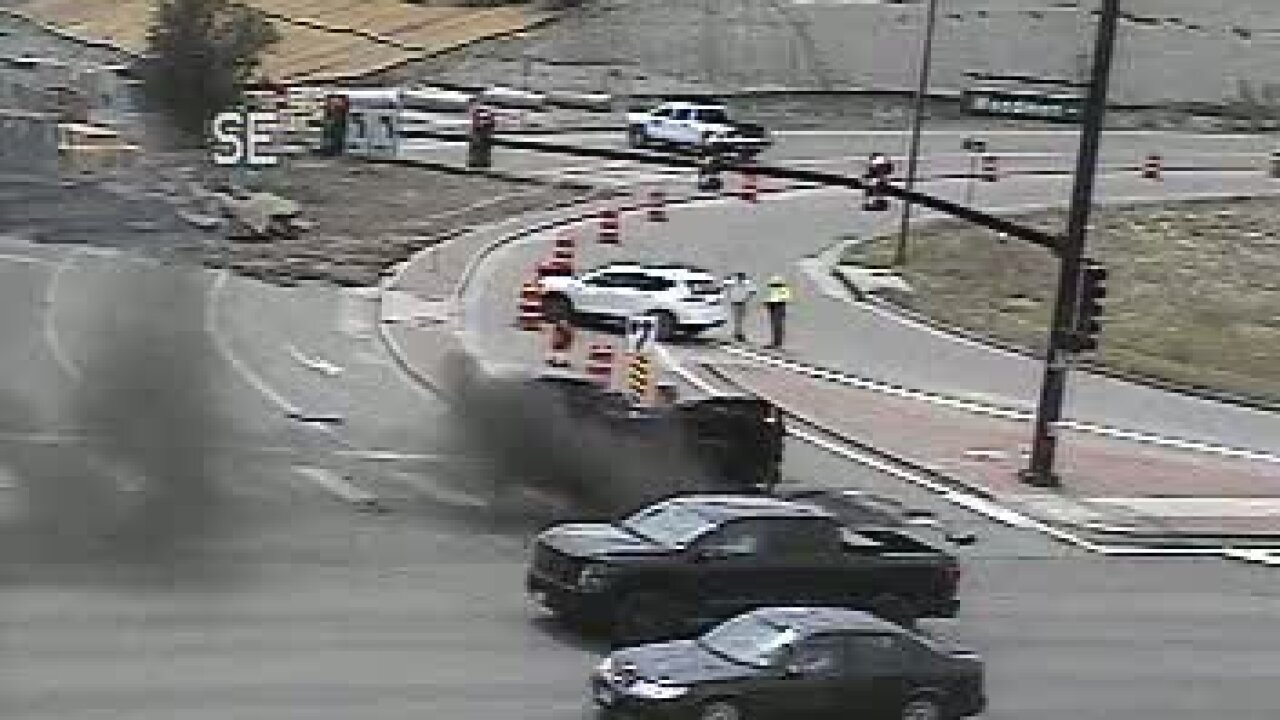 COLORADO SPRINGS —
30-year-old Justin Thomas and 32-year-old Samantha Thomas are dead after their motorcycle reportedly attempted to split the lanes of traffic exiting from northbound I-25 to Woodmen Rd. at a high rate of speed and hit a Jeep at Vincent Drive Thursday afternoon. The driver in the Jeep was also injured and taken to an area hospital after their 4x4 flipped over and burst into flames. The driver was treated and released.

The Colorado Springs Police had both directions of Woodmen Rd. closed at one point and the westbound lanes were eventually re-opened. The hours long investigation kept the eastbound lanes closed for hours, it has since been re-opened.

Images from the crash scene shows the Jeep on its side with a motorcycle next to the larger vehicle. While CSPD confirmed the fatalities, further information on the deceased will not be available for some time, including the names of the deceased pending notification of next of kin.