Tim McGraw Will Kick Off A Big Stadium Tour This Summer 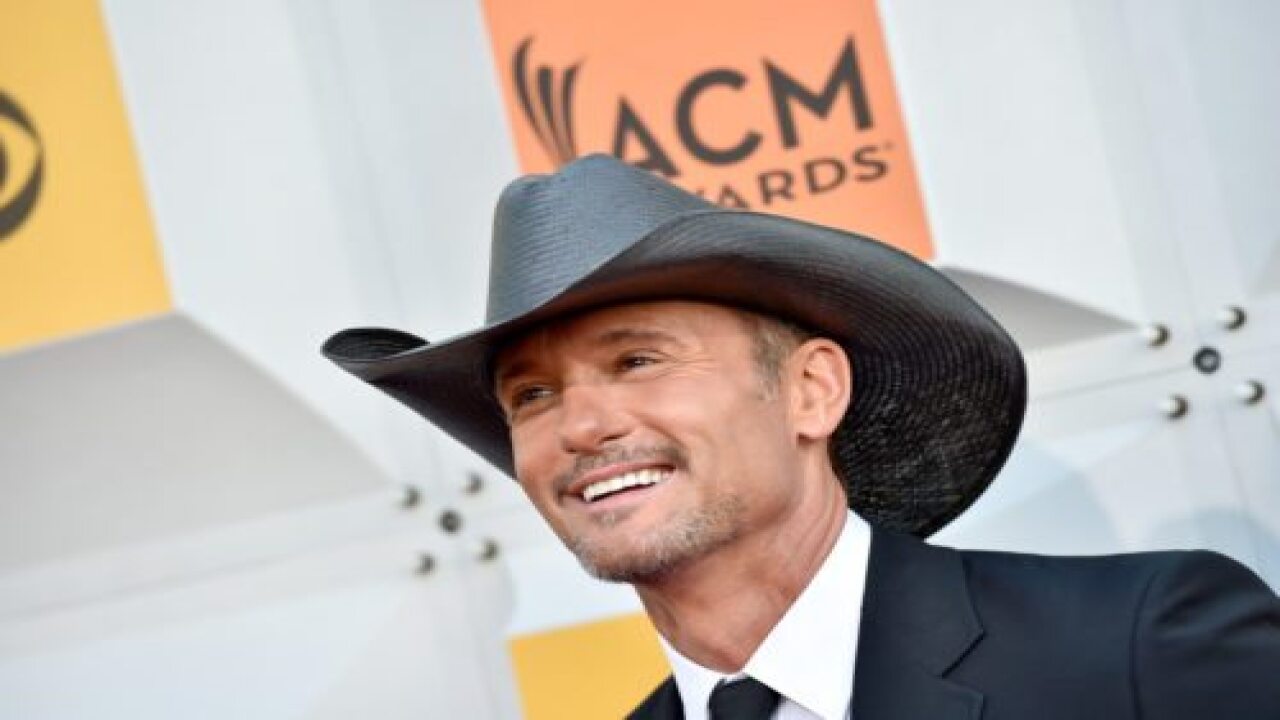 Here’s good news for country music fans: Tim McGraw is going on a new stadium tour! Called the “Here on Earth Tour,” McGraw will travel countrywide from July to September 2020, hitting cities across the United States.

Making a total of 30 stops, the “Here on Earth Tour” will also feature the musical talents of Midland and Ingrid Andress. Midland (best known for singles like “Burn Out” and “Drinkin’ Problem”) recently announced the big news on their Twitter page:

Ingrid Andress (who made a splash with the single “More Hearts Than Mine”) made a similar announcement on her Twitter page. She also shared the news that country superstar Luke Combs will join them, making some special appearances along the way (namely at stadium shows in Los Angeles, Calif., and Philadelphia, Pa.):

I AM NOT OK. I’m going on the #HereonEarth tour with @thetimmcgraw and @midland this summer and it’s gonna be INSANE – and @lukecombs is coming with us for a couple of dates too!! I’m freakin our. And I can’t wait to see all your beautiful faces ð¤ pic.twitter.com/aFiXC7SjS3

McGraw is no stranger to giving great live performances. His latest show took place at the College Football Playoffs National Championship Monday night, where he donned a custom LSU jacket to rep his state pride (he hails from Delhi, Louisiana).

However, he has not toured widely in a couple of years — since 2017-2018’s Soul2Soul: The World Tour, which featured McGraw and wife Faith Hill as co-headliners. He did two back-to-back solo tours in 2014 and 2015 with his Sundown Heaven Town tour and his Shotgun Rider tour, but the Here on Earth tour will offer a new chance for fans to see the country music superstar live and on stage at locations near them.

The artist has not released a full EP since his joint venture with Hill — “The Rest of Our Life,” in 2017. But late last year, he joined Shy Carter for the genre-defying country song “Way Down.” And in addition to his many musical endeavors, McGraw is always busy with philanthropic efforts, including serving on the board of Narus Health, which assists terminally ill patients.

This is a man with a lot going on! McGraw recently penned a self-help book, “Grit & Grace: Train the Mind, Train the Body, Own Your Life,” which helps readers learn how to make healthy, practical changes to their lifestyle.

He also co-authored the New York Times bestselling book “Songs of America: Patriotism, Protest, and the Music That Made a Nation,” which honors country music’s role in America’s historical civil rights battles, from women’s suffrage to the Vietman War protests and beyond.

You can check out all the upcoming tour dates here. Tickets are not yet on sale, but if you text 615-205-5687, you can join the McGrawOne fan club and get up-to-the-minute information about ticket pre-sales, upcoming shows and more.

Can’t wait until summer for the Here on Earth Tour? McGraw is also going to perform in April at the Tortuga Music Festival in Fort Lauderdale, Fla. Get your bikinis and cowboy hats ready!