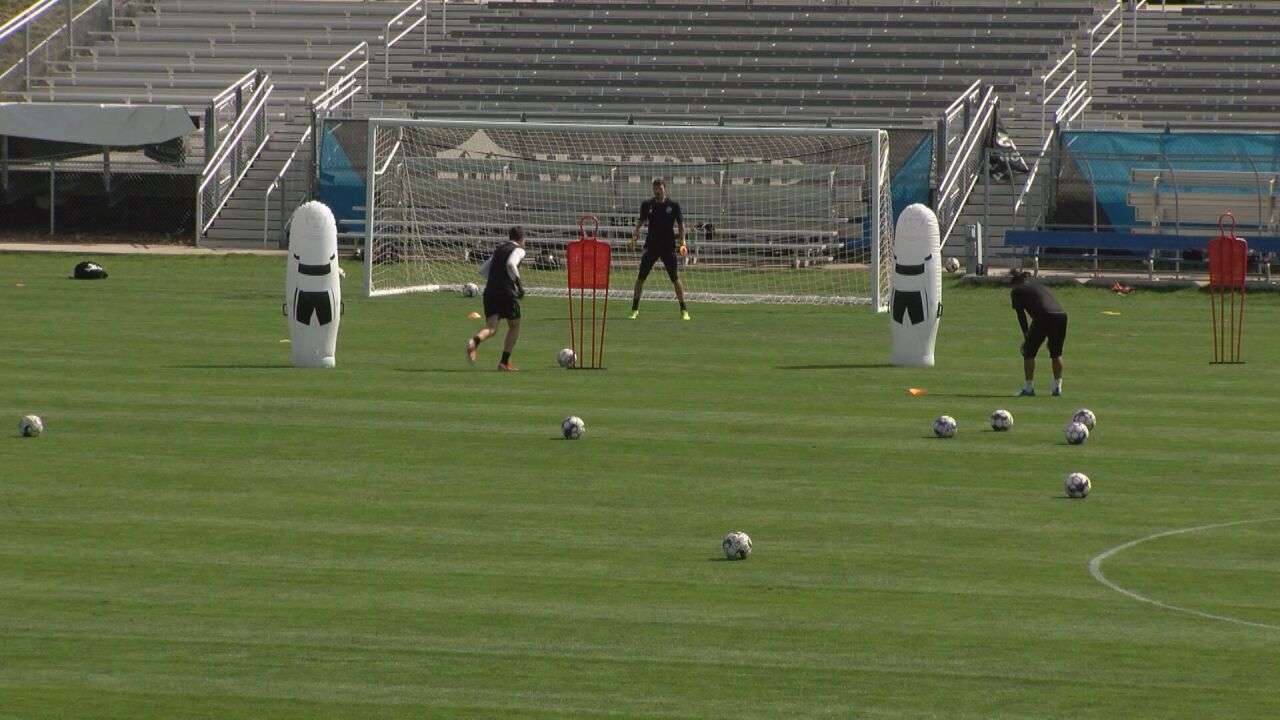 Copyright 2020 Scripps Media, Inc. All rights reserved. This material may not be published, broadcast, rewritten, or redistributed.
Switchbacks FC is preparing for a 16-game restart to their 2020 USL Championship season.

COLORADO SPRINGS — Save the date, the Switchbacks FC are back to full strength and dreaming of a return to USL competition.

"The end is in sight, it's just good to be with the guys, we've been apart for a while and just looking forward to the day, where we can play games but just train together," right back Jordan Burt said.

Colorado Springs' March 7th 2-1 win at Oklahoma City to open the 2020 campaign feels like ages ago. With the team back to training as a full squad, they'll look to pick up momentum heading towards the league's July 11th restart.

"Frankly, we finished last in the league last year, so the goal before COVID was to work our way up the table and see how far we could go," head coach Alan Koch said. "I think now honestly, it's not even about soccer, it's about life. And about coming together, embracing opportunities, and making the most out of every single day."

When the football club gets back into action, they'll be paired in Group C with El Paso, New Mexico, and Salt Lake City. Playing each member four times, with three additional contests against teams from a similar geographical region.

"Great that we have a date and are actually going to play games because for a long time we were just training to train," Burt said. "Which is difficult but it's something to rally behind, something positive, something exciting."

In total, eight groups will battle on the pitch with the top two clubs advancing to a 16-team league playoff this October.

"We feel like the guys are in a good place, have a short time now to try and catch up," Koch said.