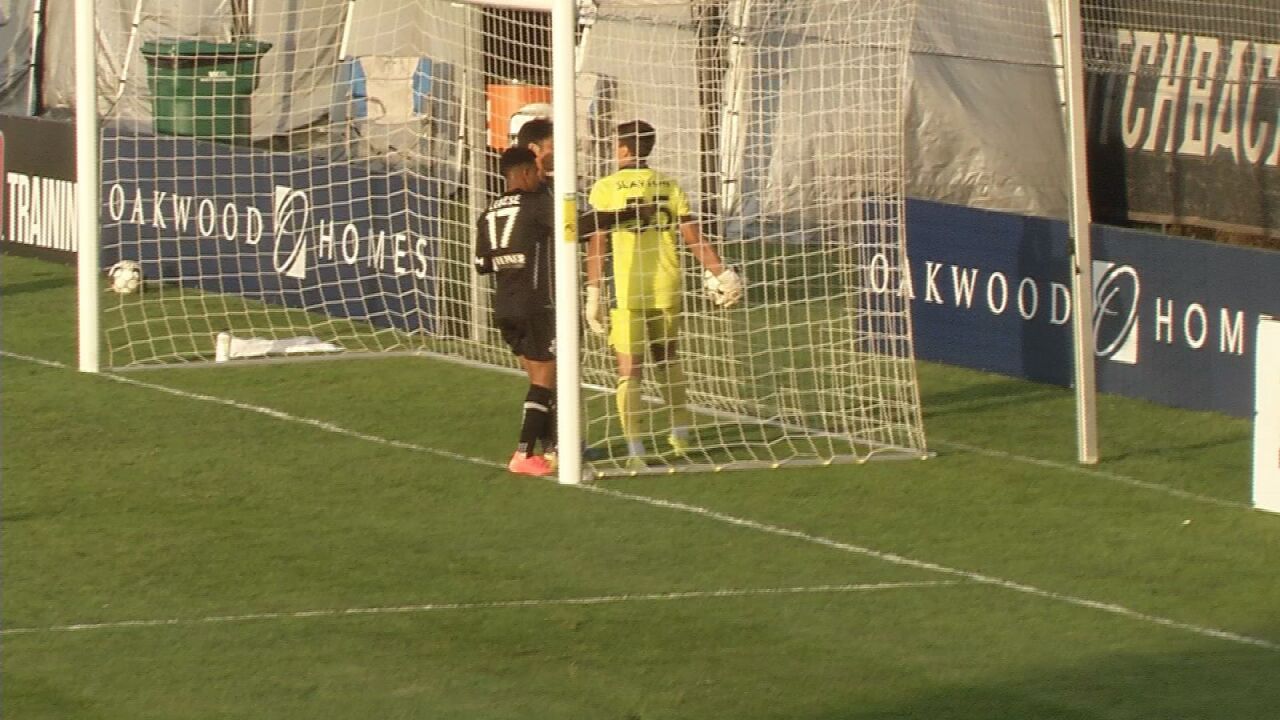 Copyright 2020 Scripps Media, Inc. All rights reserved. This material may not be published, broadcast, rewritten, or redistributed.
Switchbacks FC forward George Lebese scores a goal in the team's 2-1 loss to the Real Monarchs Saturday. 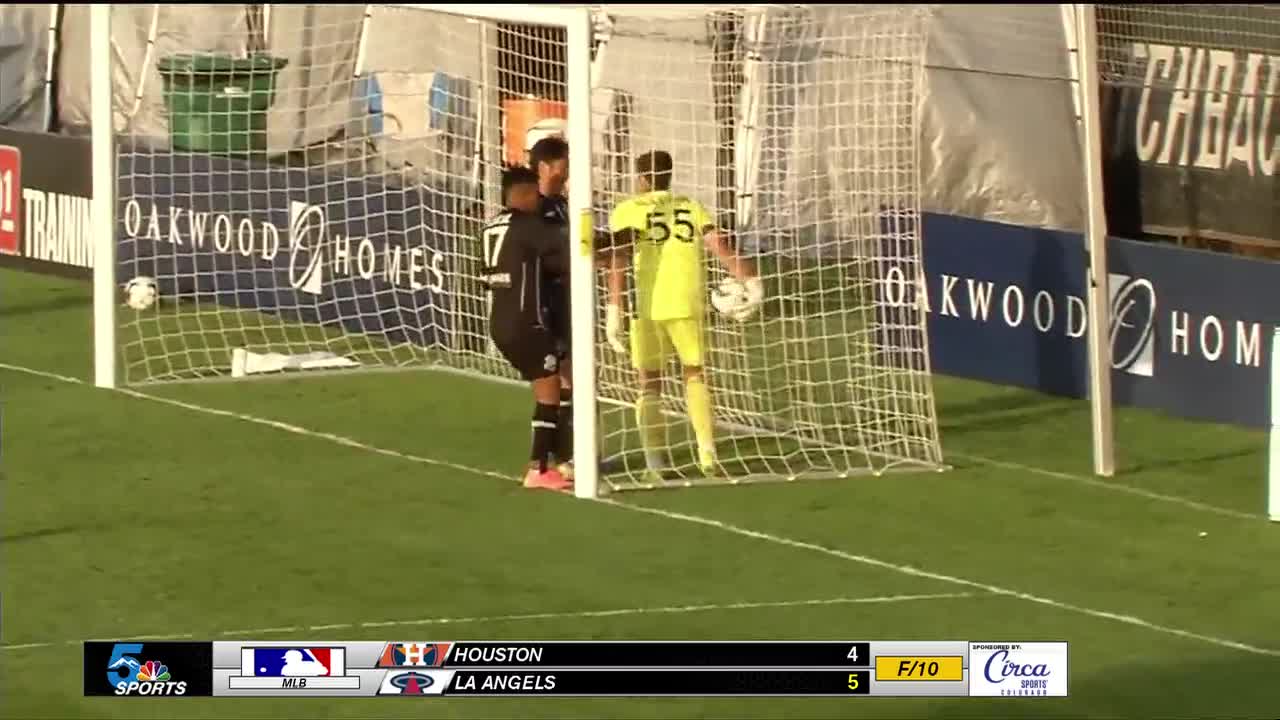 Taylor Peay scored the game-winning goal in the 93rd minute off a free-kick to push Salt Lake City past Colorado Springs.

Trailing 1-0 after the first half, Switchbacks FC forward George Lebese made good on a penalty kick early in the second half to tie the game at 1.

Alan Koch's team had several chances to take the lead in the final 45-minutes but were unable to net the go-ahead goal in their second one-goal home loss this season.

It's also the second time in two weeks both teams have played a match decided in the final minutes. Trailing 3-1 after 90 minutes, Colorado Springs scored two late goals to force a 3-3 tie at the Rio Tinto back on July 18th

"You can see the growth out there tonight, everyone can, the strength of our players," Koch said. "I just think we're not putting a 90-plus minute performance together and that's why we lost tonight. But we're showing substantial growth individually and collectively."

Switchbacks FC returns to action next Saturday when they travel to El Paso to battle the Locomotives. Kickoff is set for 7:30 p.m.