Stage is set at Falcon Stadium for 2020 NHL Stadium Series 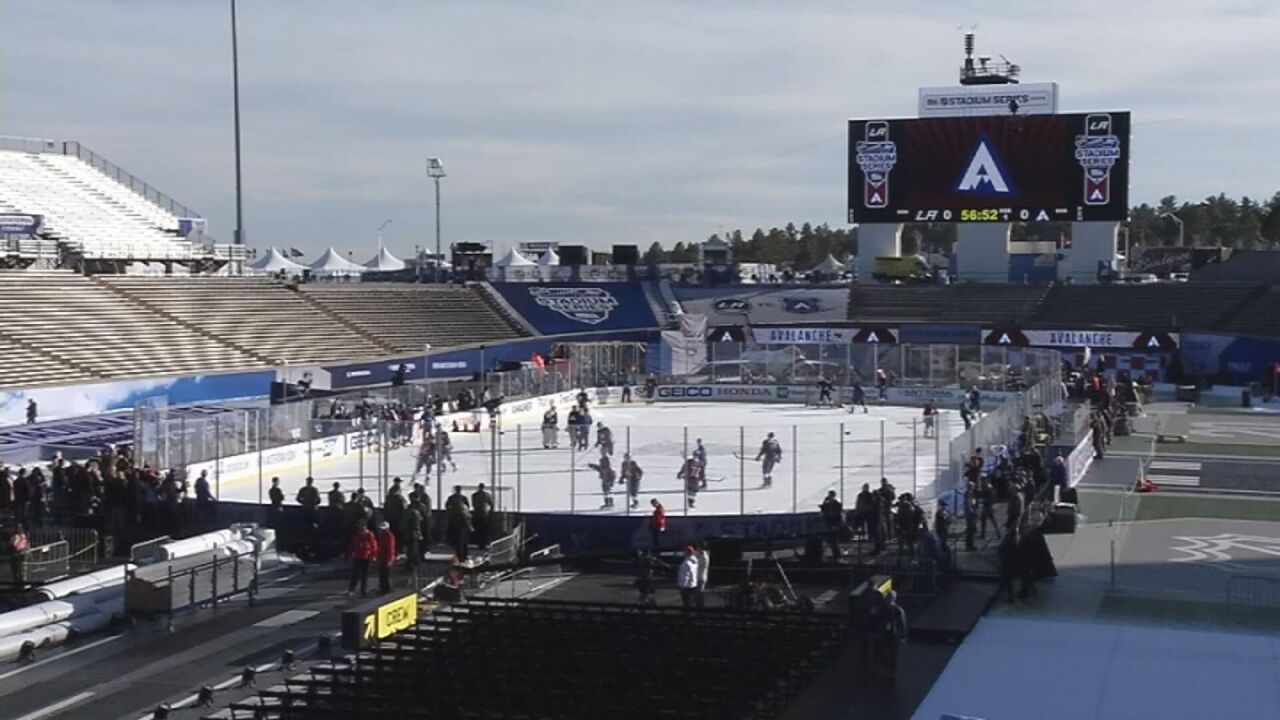 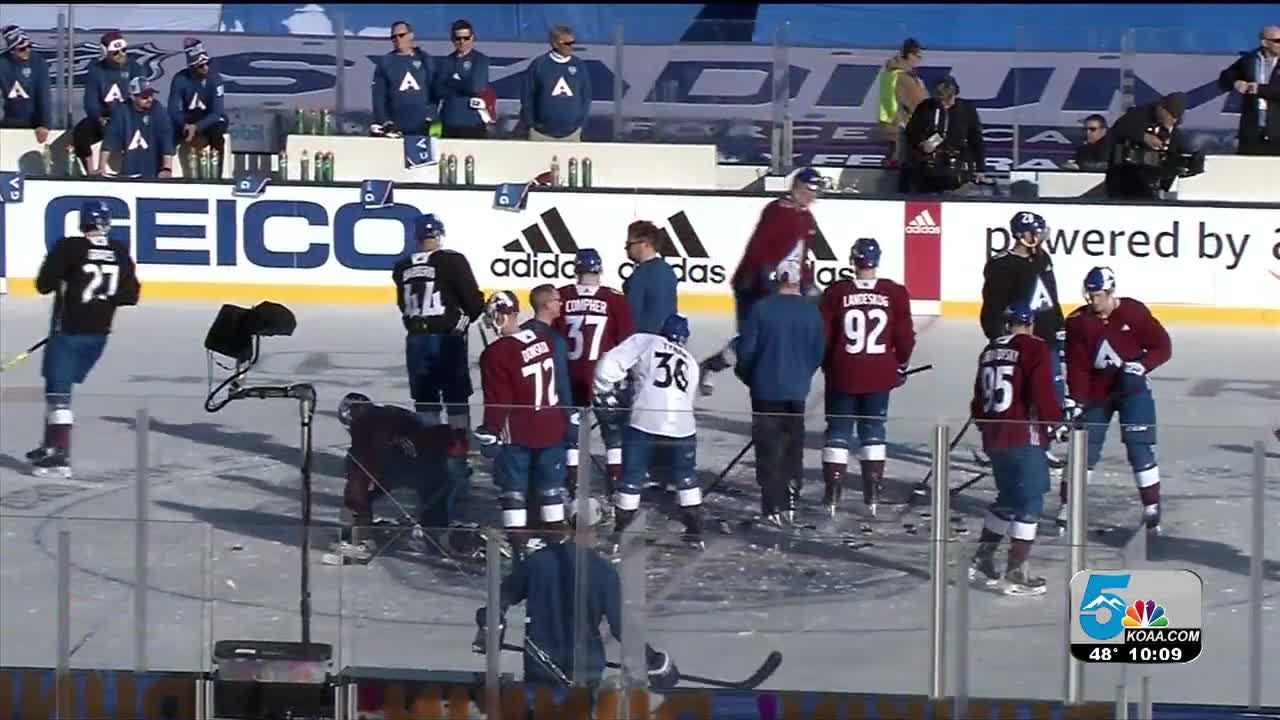 USAFA — On most days in the fall. the 50-yard line at Falcon Stadium has a Air Force logo on it, but on Friday that logo was covered by a full NHL hockey rink.

The NHL dreaming big, transforming the home of Air Force football into an NHL spectacle for the 2020 Stadium Series between the Colorado Avalanche and the L.A. Kings.

On Friday, both teams took to the ice preparing for Saturday's game. For Colorado, this is the second outdoor game for the organization as they played at Coors Field in 2016.

Yet this year's game has been brought to different heights.

"These game you sort of play with a ton of adrenaline, said Avalanche captain Gabriel Landeskog. "Your nervous, you are excited. You are going to be tired no matter what, but the altitude will play a little bit of an effect."

"It brings memories back from your childhood," added Avs left winger Mikko Rantanen. "We are going to have a lot of fun and enjoy it."

In the 30 outdoor games that have been played since 2003, seven of those teams have made it to the Stanley Cup; three In the past 3 years.

So do the Avs think they could hoist the ole Stanley's cup for the first time in nearly two decades?

"I am not sure there is a correlation between winning tomorrow and playoff success," explained Colorado right winger Nathan MacKinnon. "Hopefully we do win and it does work."

In the end, Saturday's game is just that. A game, as Colorado will try to earn two more points against a struggling Kings team.

"I do not think success in this game will translate for success for the rest of the season," said Colorado Avalanche head coach Jared Bednar.

"This is going to be fun," said Cale Makar with a smile on his face. "It's not like your backyard hockey game. It's going to be a pretty intense one. L.A. is a good team and we are excited to get going."