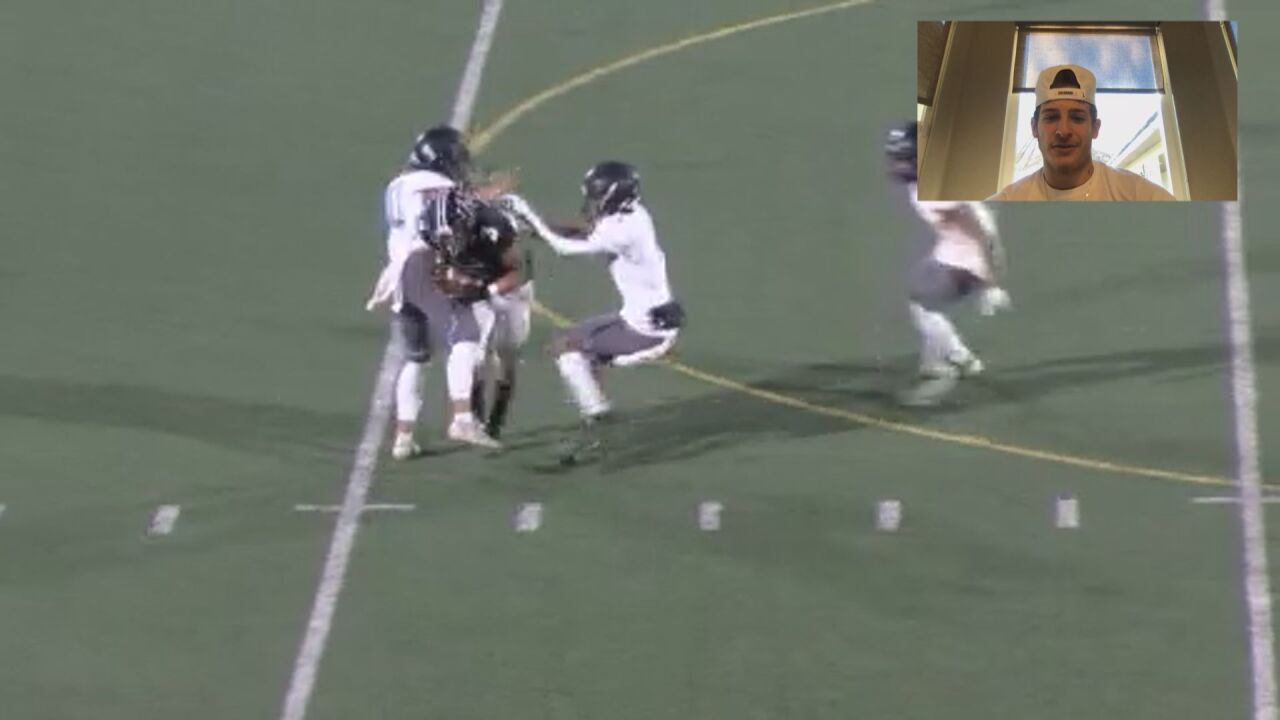 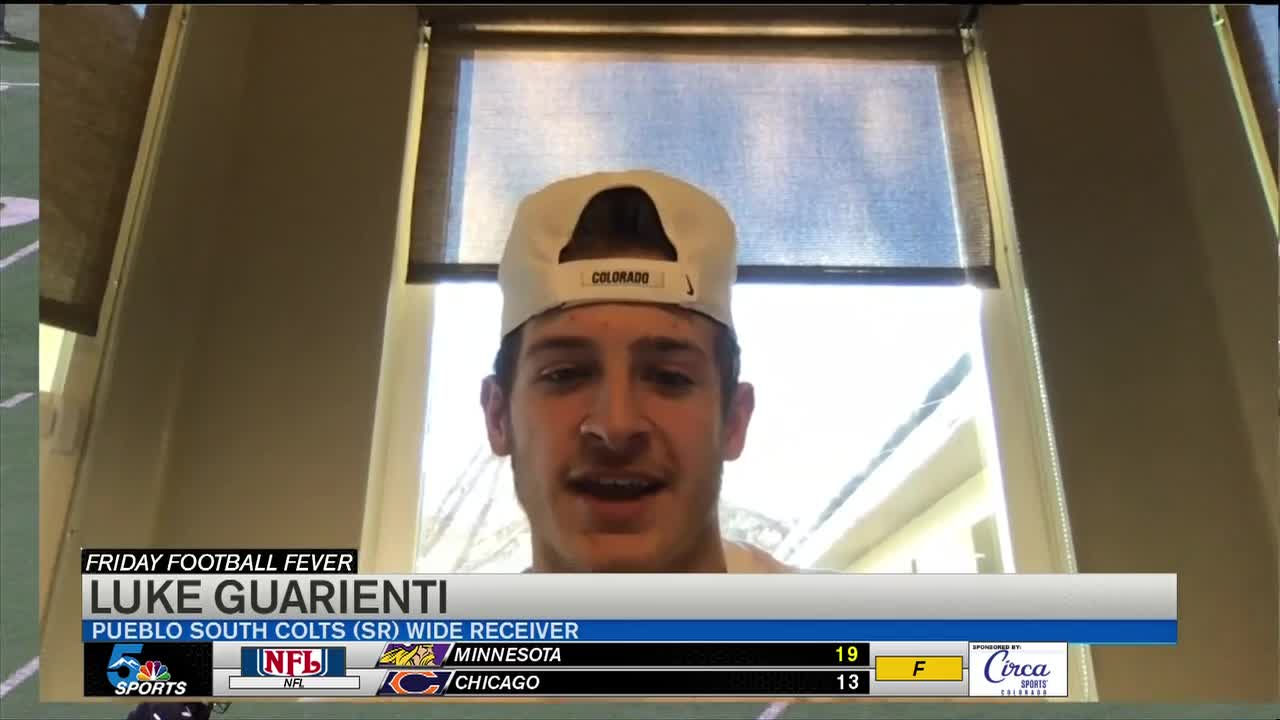 PUEBLO — There were three great choices for the Friday Football Fever: Play of the Night for week 6, however one had a bowling ball effect on our voters.

In the Colts game against Vista Ridge this past Friday, Pueblo South was looking to take the lead early in the game.

That's when quarterback Jace Bellah found his favorite receiver in Guarienti and what the senior did next left even himself in awe.

Luke would make a terrific catch in traffic, bounce off two defenders and then put on the jets to score a 70-yard touchdown to give the Colts the lead.

For Guarienti, he says this is one of his top three plays in his high school career.

"Right before the ball was snapped, I noticed that the corner that was on me - he was playing a little bit further off of me," said Guarienti, as he explained how the play unfolded. "And I was like - okay, he was going to drop back. And then I also looked inside to the slot receiver and that dude is playing a little farther back. So from there I was like okay, they're both going to drop and I know the ball is coming to me because I'm going in. I came out of the break pretty fast and as soon as I hit the break, I was ready. I knew Jace was going to throw it and then after I caught the ball I saw that dude coming in fast and I was like 'oh no'. I just secured the ball, put my shoulder down and then I bounced off of the defender and it was like 'oh, I'm not hit,' so I took off running. I kind of felt a little faster than usual. I felt that pressure coming and I was like I got to get there."

Pueblo South will be off this week as their quarterfinal opponent Mead had to forfeit their game due to COVID-19.