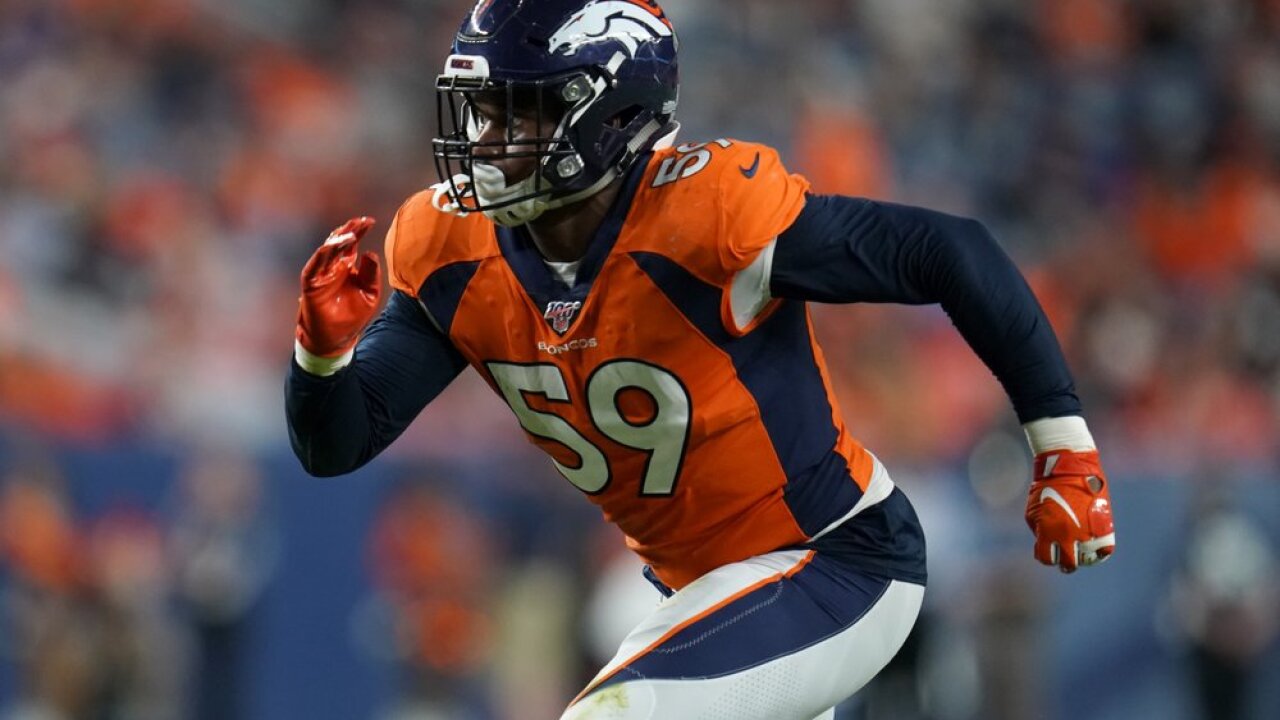 DENVER — Malik Reed had a pair of sacks and Denver capped a strong summer by the second-string defense in the Broncos’ 20-7 win over the Arizona Cardinals on Thursday night in front of a sparse crowd.

Reed, an undrafted rookie from Nevada who earned a spot as Von Miller’s backup with a terrific training camp, finished the preseason with a team-best four sacks.

He dumped Brett Hundley for an 8-yard loss and Drew Anderson for 9 as the Broncos built a 10-0 halftime lead on the strength of Kevin Hogan’s 6-yard TD toss to Fred Brown.

Rookie linebacker Justin Hollins also had a big game for Denver, sacking Hundley on Arizona’s third snap and harassing Anderson with an unblocked pressure and a pass deflection on consecutive snaps.

Safety Su’a Cravens, who’s had some shaky moments this summer, forced and recovered a fumble by tight end Caleb Wilson for Denver, which finished 2-3 in a preseason dominated by backups.

Broncos new quarterback Joe Flacco played in just two games, totaling 30 snaps and four drives as he prepares to begin his second chapter in Denver following 11 seasons in Baltimore. Flacco sat out the Broncos’ last two exhibitions, meaning he’ll have a nearly three-week break before playing again when Denver opens the season at Oakland on Sept. 9.

Cardinals QB Kyler Murray, the No. 1 overall draft pick, played in three preseason games but sat out the finale with most of Arizona’s starters.

Anderson’s 28-yard touchdown pass to A.J. Richardson pulled the Cardinals to 10-7, but the Broncos responded with a four-play, 75-yard touchdown drive.

Khalfani Muhammad, who had run seven times for minus-1 yard to that point, reeled off runs of 9, 12 and 52 yards, setting up Devontae Jackson’s 2-yard score.

Broncos coach Vic Fangio said he wanted to see separation from Hogan and rookie QB Brett Rypien, but he really didn’t get his wish. Hogan was 12 for 23 for 138 yards, a TD and two interceptions, including a desperation pass at halftime after Fangio called timeout with a second left. And Rypien was 8 of 11 for 86 yards with no touchdowns and an interception.

Broncos K Brandon McManus was 9-for-9 in the preseason, including field goals of 50 and 33 yards Thursday night, before Cameron Malveaux blocked his 54-yard attempt late in the fourth quarter.

The Broncos are set to exercise late owner Pat Bowlen’s plan of succession after a judge dismissed a lawsuit filed by his brother. Brittany Bowlen, 29, is planning to return to the team in a senior management position following her wedding in September, beginning a process she hopes will lead to her taking over as the franchise’s controlling owner.

Broncos S Shamarko Thomas (hamstring) was injured on the kickoff coverage, and Denver WR Steven Dunbar Jr. (rib) went out in the second half.

Cardinals: Open season at home against Detroit on Sept. 8.