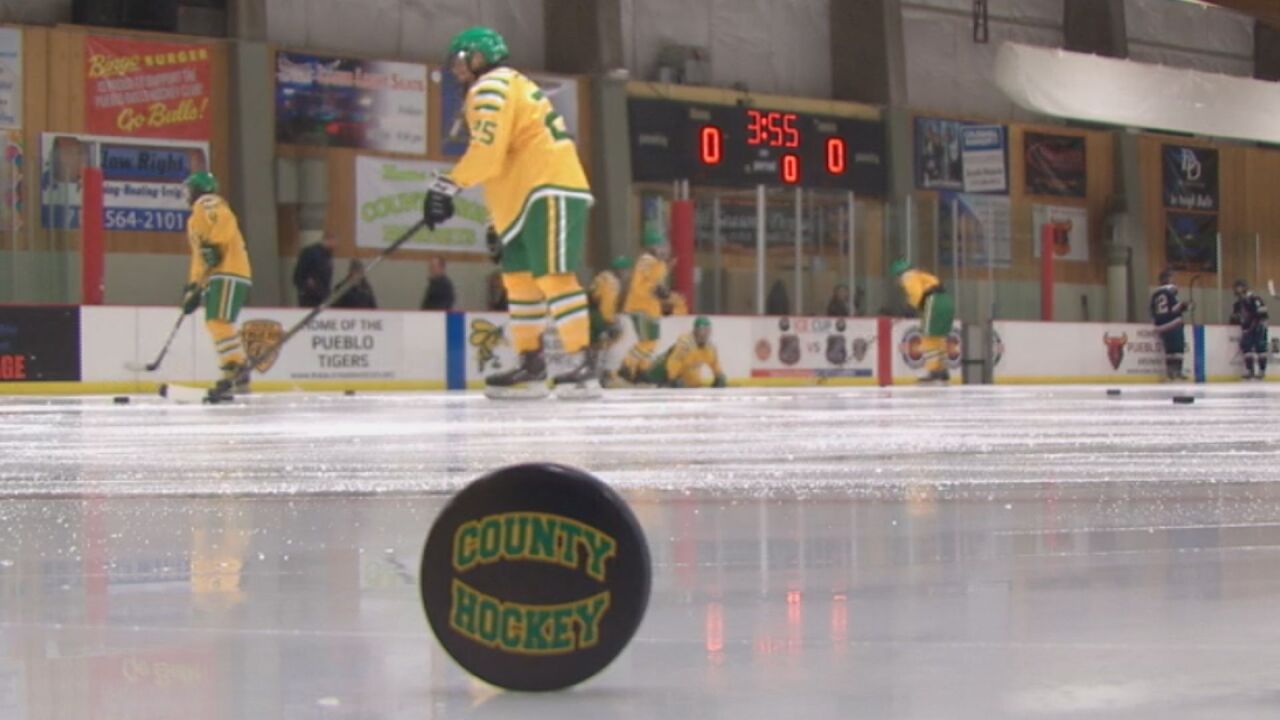 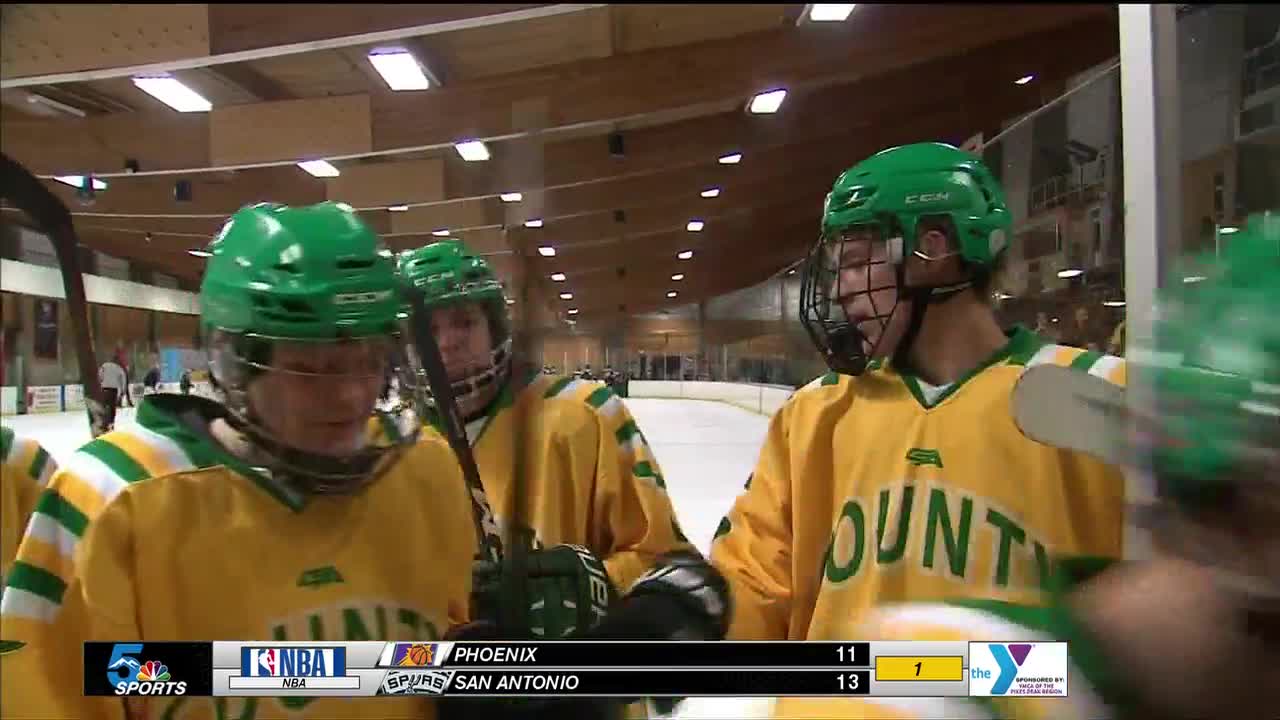 PUEBLO — In Pueblo, a Centennial Bulldog and a Central Wildcat usually do not get along in a sporting event.

The same goes for a East Eagle and a South Colt or a West Cyclone and a County Hornet.

But there is one sport, in the Steel City, that you will see all six squads come together to form one team.

"I tell people to come to the game and there like, 'wait you guys have a hockey team?'", said center Luke Guarienti.

"We have never really had enough for a team from one school," added Pueblo County hockey head coach Lee LaJeunesse. "Our numbers are really up and down."

Guarienti, a junior at Pueblo South High School, is one of many student-athletes that plays hockey Pueblo County. The Hornets are the only high school hockey team in the area.

"When I am playing football or baseball I wear the black and white," explained Guarienti. "But when I come to hockey, I am in the green and gold. i give it my all either way."

And even with the rivalries, the chemistry between the blue lines isn't a factor.

"Being able to work hard for your teammates knowing they are going to do the same thing for you (is how we work for well together)", said goalie Sean Valdez.

And the one thing this hockey team never worries about? Being Steel City strong.

"Instilling that blue collar grit into these kids (has never been an issue). It's what I call Pueblo tough," said LaJeunesse. "There is hockey tough and then there is Pueblo tough."

The sport of hockey continues to grow in Pueblo and the hope is that more high school teams will be added in the future.