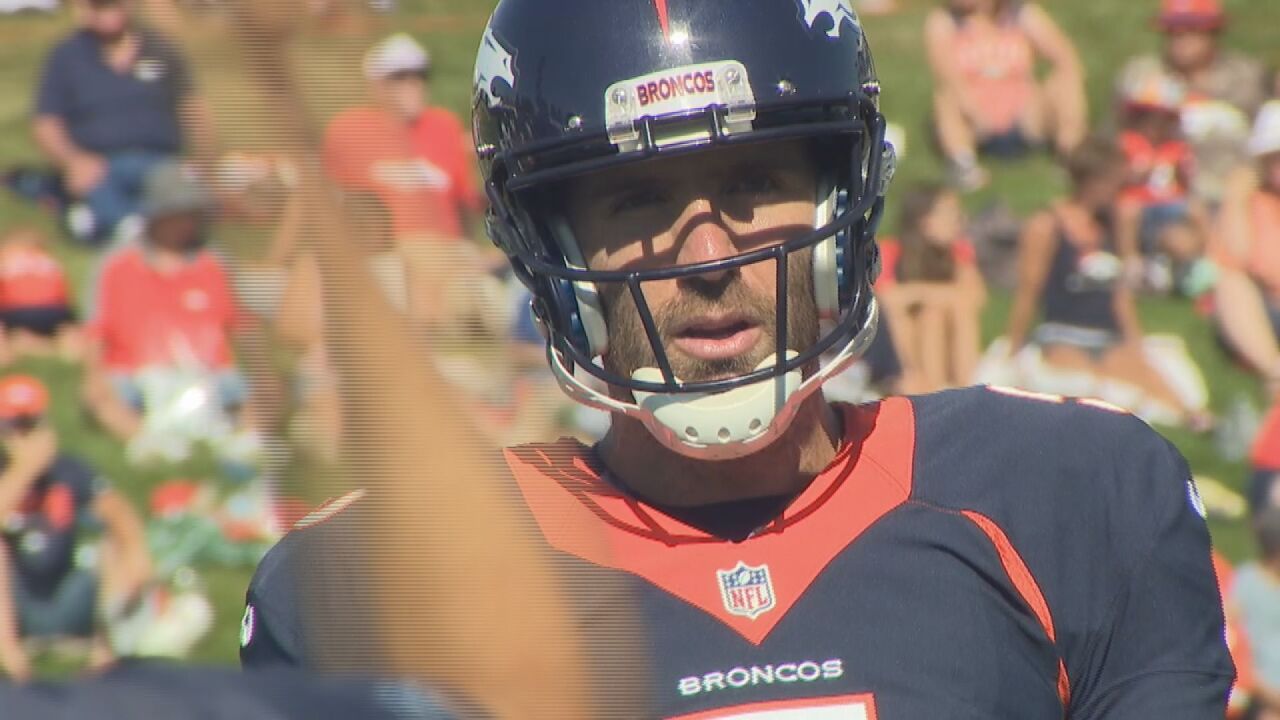 DENVER — Broncos fans should finally get a decent look at new QB Joe Flacco and other starters in Monday night's preseason contest against the San Francisco 49ers.

The game can be seen on ESPN and streamed on NFL Game Pass at 6 p.m. News5 Sports will have full coverage and highlights of the game tonight at 10 p.m.

The Broncos are 1-1 this preseason, but the team has only played one series with their #1 QB under center. In a previous conversation with GM John Elway, he said Flacco is still working to become comfortable in the Broncos offense.

"He’s still getting used to it, but he seems to be getting more comfortable with it," Elway said. "He’ll get better as he gets more play time in these play season games. He’s been out there one series. I think he needs to get more game time and they’ll play him more this week.”

Look for Flacco to play through the first quarter, and fans should watch how he gels with the rest of the offense. Fans should also keep an eye on how the offensive line handles the pass rush from the 49ers, a team that boasts one of the most talented fronts in the league.

For fans who are going to the game, expect hot temperatures. FIrst Alert 5 Meteorologist Alex O'Brien is calling for highs in the 90s, but it should cool down as the game continues.

Going to the @Broncos game today? It will be HOT in the stadium (low 90s). Stay hydrated, wear SPF, and wear cooler clothing. #COwx #NFL pic.twitter.com/CQsN8gsKcH

If you're driving up to Denver, expect the I-25 gap to be clear of planned lane closures tonight. CDOT is keeping both southbound lanes open Monday night to accommodate for gameday traffic.