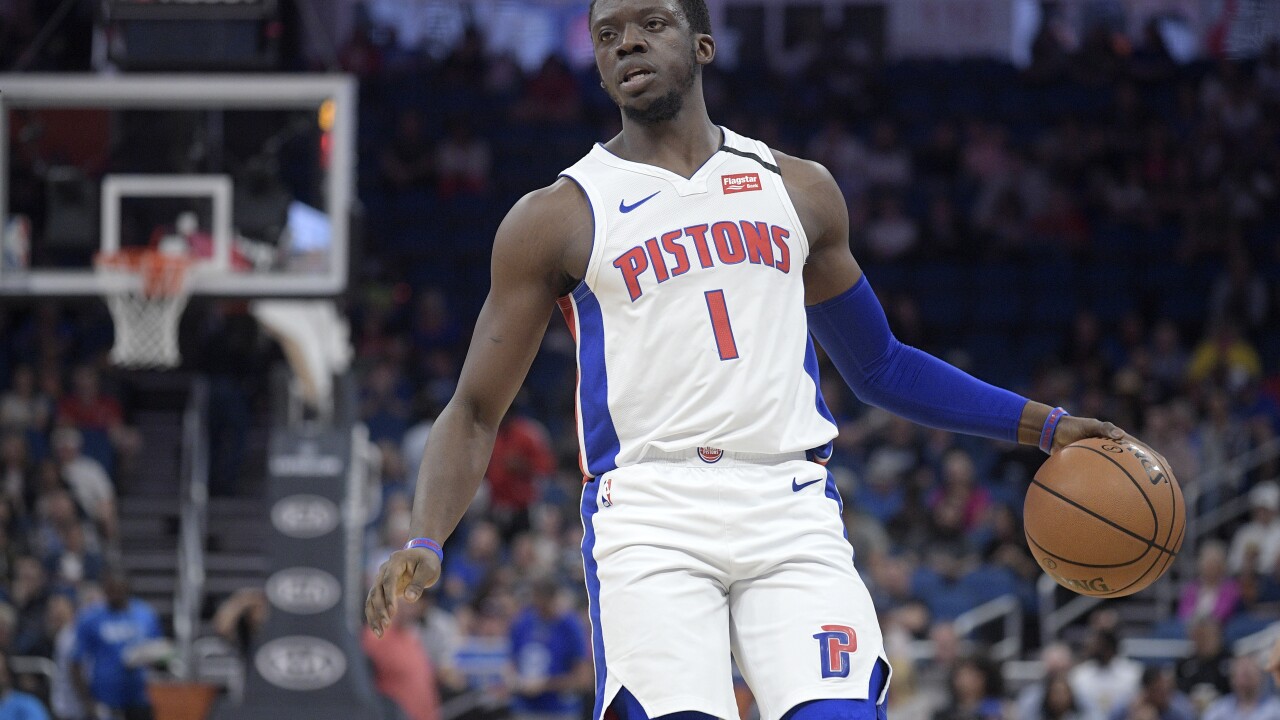 Copyright 2020 Scripps Media, Inc. All rights reserved. This material may not be published, broadcast, rewritten, or redistributed.
Phelan M. Ebenhack/AP
Detroit Pistons guard Reggie Jackson (1) sets up a play during the first half of an NBA basketball game against the Orlando Magic Wednesday, Feb. 12, 2020 in Orlando, Fla. (AP Photo/Phelan M. Ebenhack)

DETROIT (AP) - The Detroit Pistons and Reggie Jackson have agreed on a contract buyout, paving the way for the veteran guard to sign with another team.

Jackson is in the final season of his five-year, $80 million deal he signed in 2015 with the Pistons, who acquired him earlier that year in a trade with Oklahoma City.

The 29-year-old Jackson is averaging 14.9 points and 5.1 assists this season, but he has been limited to just 14 games this season due to a back injury.

The Thunder drafted the former Boston College star with the 24th pick overall in 2011 and he has averaged 12.9 points and 4.4 assists over his career.
___