Nuggets-Lakers: What to watch for in the Western Conference Finals 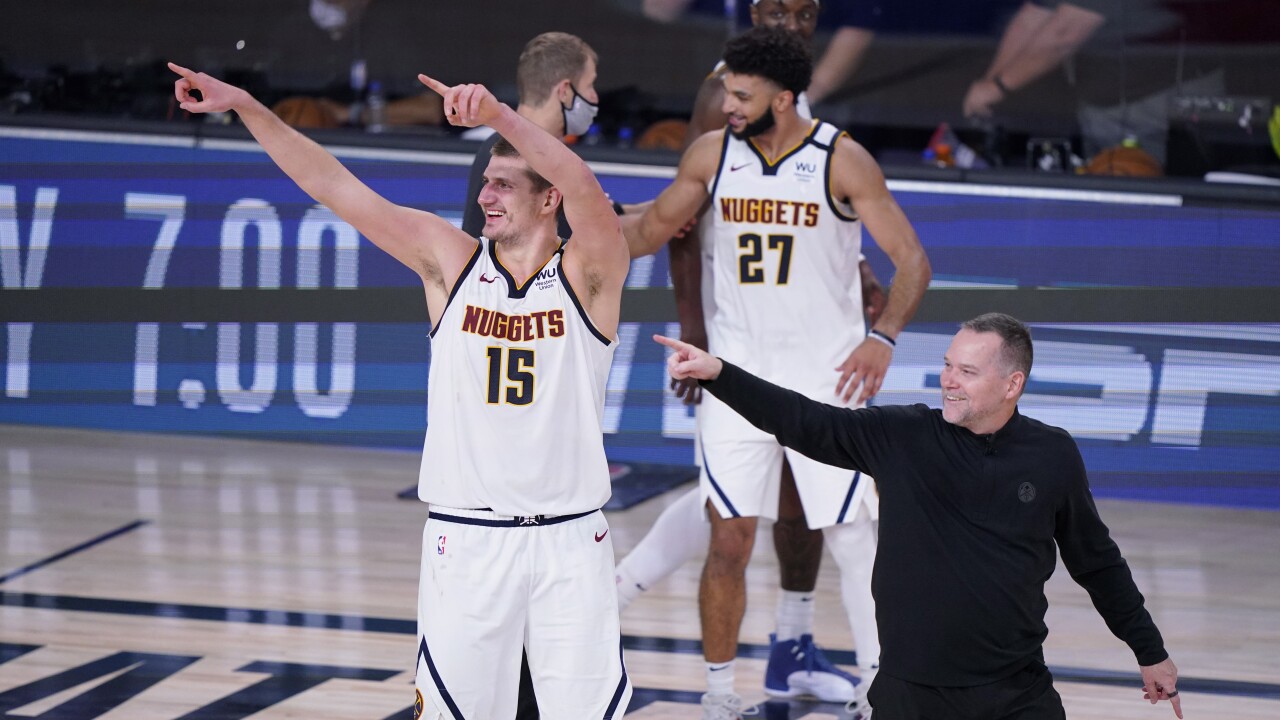 DENVER — The Nuggets' run to the Western Conference Finals shouldn't come as a shock — this was, after all, a team that finished 3rd in the West and won 100 regular-season games over the last two years.

But it was a shock because of how they got there, overcoming a 3-1 series deficit twice, the second time against a Clippers team that mortgaged its future to win a championship now.

In the process, we've seen Jamal Murray's superstar status on the biggest stage and Nikola Jokic at his best, showing why he might be the best passing big man ever.

Now Denver meets the LeBron James and the Los Angeles Lakers in Game 1 of the Western Conference Finals on Friday night.

Here's how Denver got here and what to watch for:

Jamal Murray just keeps scoring. Murray carried his unconsciousness from the Utah series to the Clippers, especially when Denver needed him most. In the Nuggets' four wins, Murray shot 15-for-30 from three-point range, including 6-for-13 in Tuesday night's Game 7. For the playoffs, Murray is averaging 27.1 points per game on 50.2% shooting from the field.

Nikola Jokic's production as a passer. Jokic in Game 7 showed how dominant an elite passer can be at the center position. He scored 16, but dished out 13 assists and grabbed 22 rebounds. He'll face a challenge in Lakers center Anthony Davis, one of the top defenders in the league. But if Jokic can continue to set up scoring opportunities for Murray and others, the Nuggets offense can keep churning.

Guarding LeBron. Eric Spyropoulos of the Nuggets team website dove into the possibilities of who might be tabbed to defend LeBron James. Torrey Craig, Jerami Grant and Paul Millsap are the likely candidates, with Craig having success against James in the regular season. Oh, and if you're wondering, this is still Playoff LeBron: He's averaging 26.6 points, 10.3 rebounds and 8.8 assists this postseason.

The emergence of Michael Porter Jr. as a scoring threat has given Denver another weapon. Porter has been up and down, scoring only two points in Game 7 against the Clippers. But when he gets minutes, he provides Denver with a streaky scorer, and that will be valuable against a top defensive team in the Lakers.

The last time we were here.

The Nuggets have met the Lakers twice before in the Western Conference Finals. Those trips didn't end well for Denver.

Down-to-the-wire seven-game series might seem commonplace for the Nuggets lately. But here's how rare their postseason run has been: Since 2003, we've seen only seven 3-1 series comebacks in the NBA playoffs. The Nuggets now have two of those.