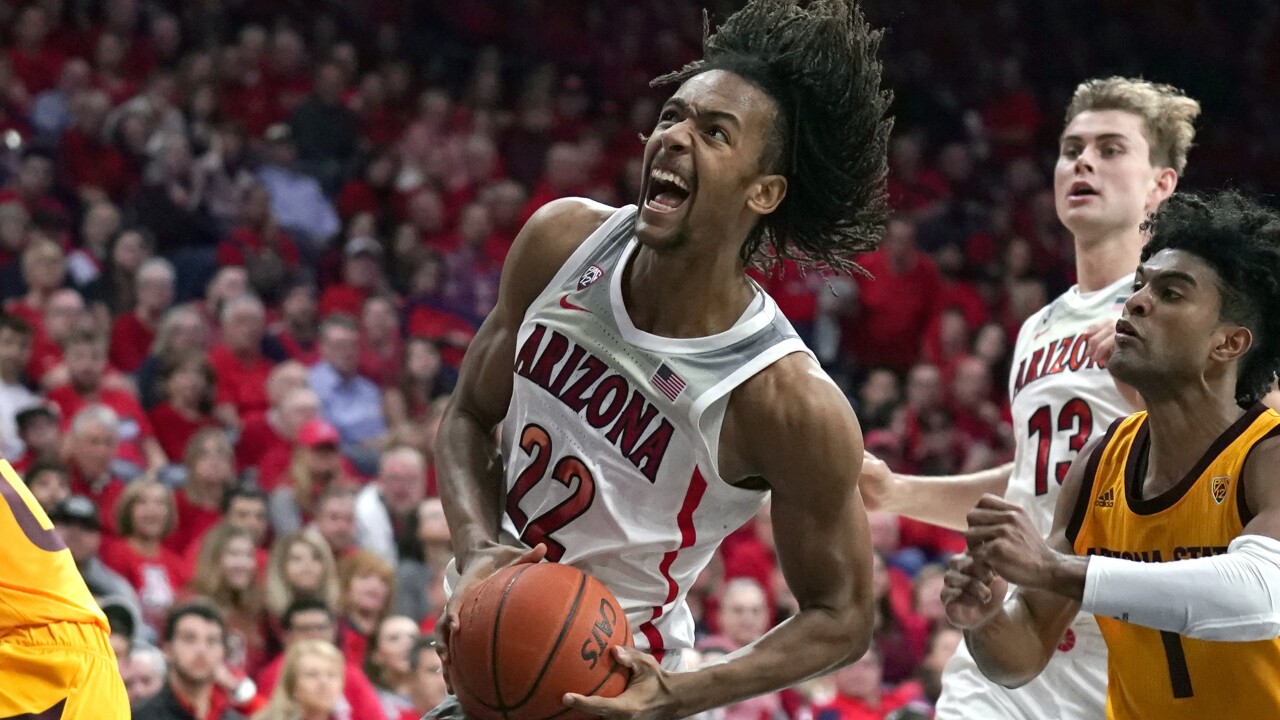 DENVER (AP) - Arizona center Zeke Nnaji was taken by the Denver Nuggets with the No. 22 overall pick in the NBA draft Wednesday night, adding a mobile big man with a soft touch to a team that’s coming off a run to the Western Conference finals.

Nnaji was the Pac-12 freshman of the year after a season in which he averaged 16.1 points and 8.6 rebounds. His 14 double-doubles were the second-most by a Wildcat freshman in program history.

The 19-year-old who grew up in Minnesota also is a talented pianist and has composed his own songs. His full name is Ezekiel Tobechukwu Nnaji.

At 6-foot-11, 240 pounds, Nnaji could be counted on right away, depending on the team's decisions with free agent big men Mason Plumlee and Paul Millsap. Denver also has 7-foot-2 center Bol Bol, but he's more of a player on the wing.

One of the priorities for Denver before camp opens may revolve around bringing back versatile player Jerami Grant, who’s reportedly opting out of his deal.

But their extended stay inside the NBA bubble was halted when LeBron James and the Los Angeles Lakers sent them packing after Game 5.

Denver's postseason run was without Will Barton, who didn’t play after the restart due to a balky knee.

More AP NBA: https://apnews.com/NBA and https://twitter.com/AP_Sports
(Copyright 2020 The Associated Press. All rights reserved. This material may not be published, broadcast, rewritten or redistributed without permission.)