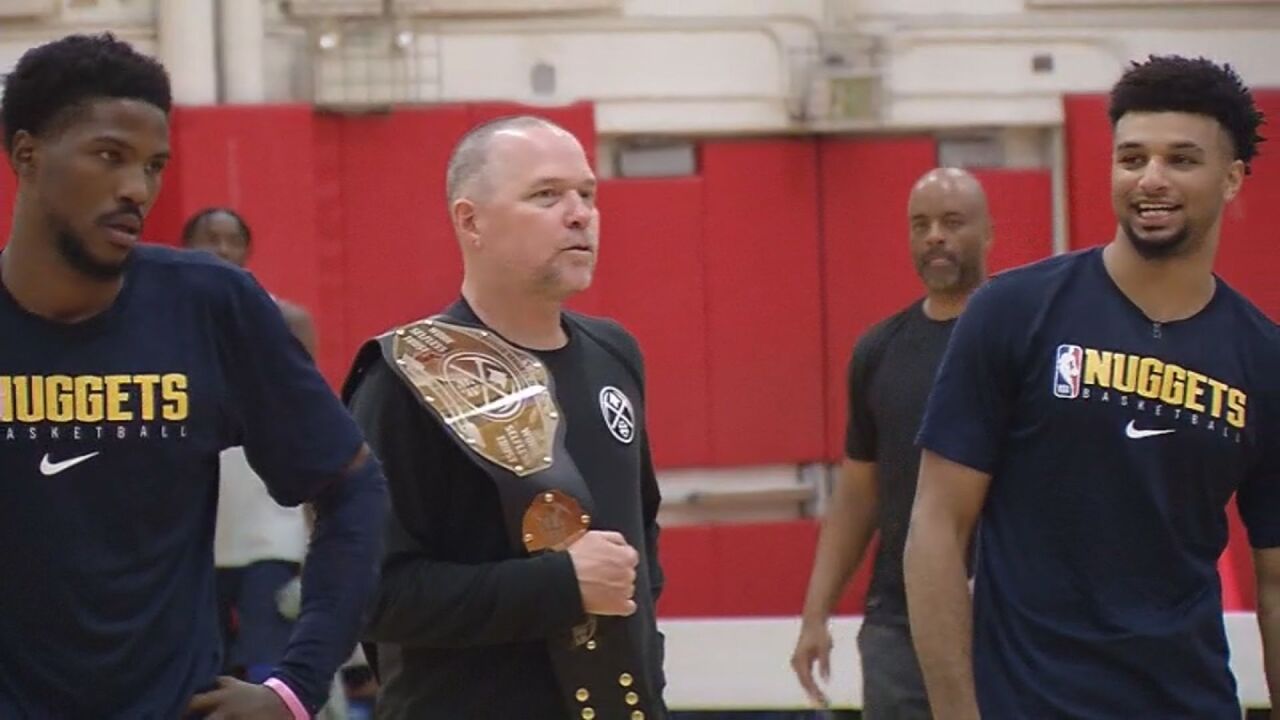 Copyright 2019 Scripps Media, Inc. All rights reserved. This material may not be published, broadcast, rewritten, or redistributed.
Malik Beasley won the first championship shooting belt of the Nuggets season Tuesday. 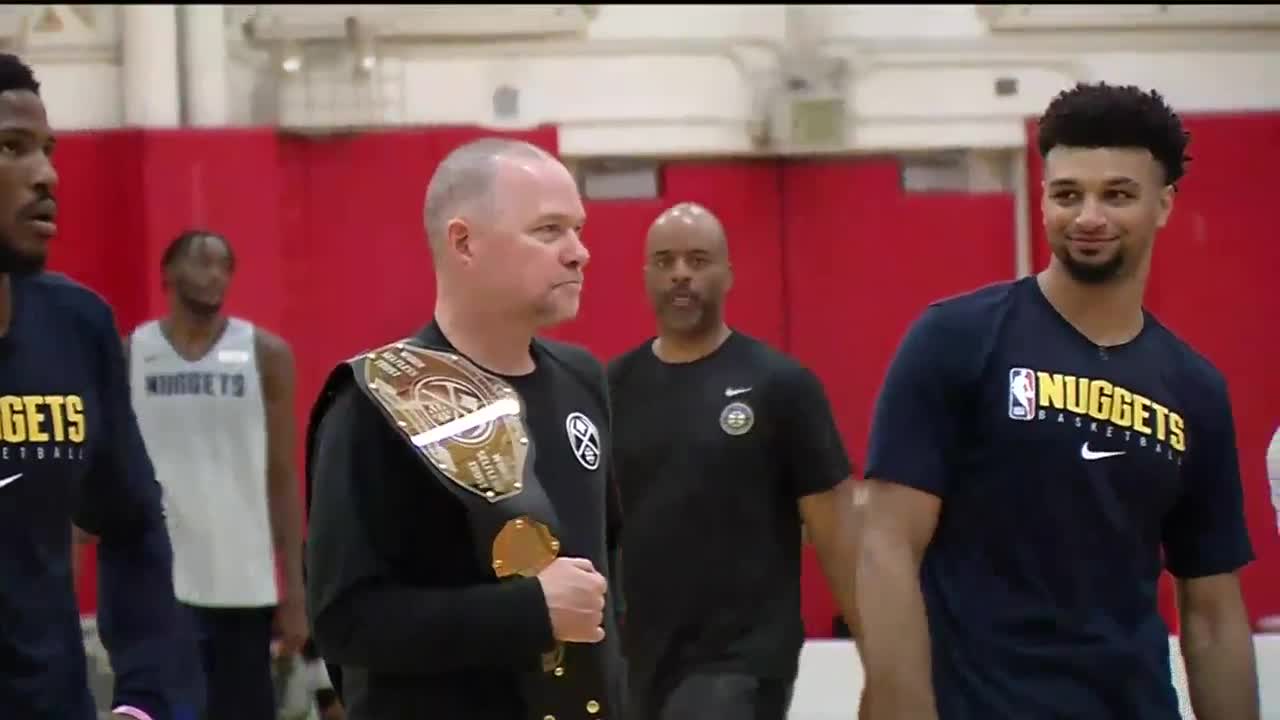 The Denver Nuggets continued their 2019 Training Camp Wednesday at the Olympic Training Center in Colorado Springs.

After shaking off the rust, Mike Malone's team looked crisper and with a heightened sense of focus on their second day on the court.

"Yesterday we had a lot of turnovers, we were very sloppy," Nuggets center Nikola Jokic said. "We didn't cut well, today it was a lot better the energy was really really good. I can see improvement."

For the first time this season, the team also brought out the highly coveted championship shooting belt, given to the player with the best field goal performance on the day. Guard Malik Beasley took home the early honors and was almost unstoppable from the floor on the afternoon.

While the team has had some fun, there's also a serious component to their early practices. After a 54-win season and earning the Western Conference's No. 2 overall seed, Malone said the team has to learn how to be the "hunted" for the first time. A new role for most of the youthful talent on this Nuggets team.

Denver will wrap their training camp on Saturday and open their preseason schedule next Tuesday (10/8) at Portland. Tip-off is set for 8:30 p.m.