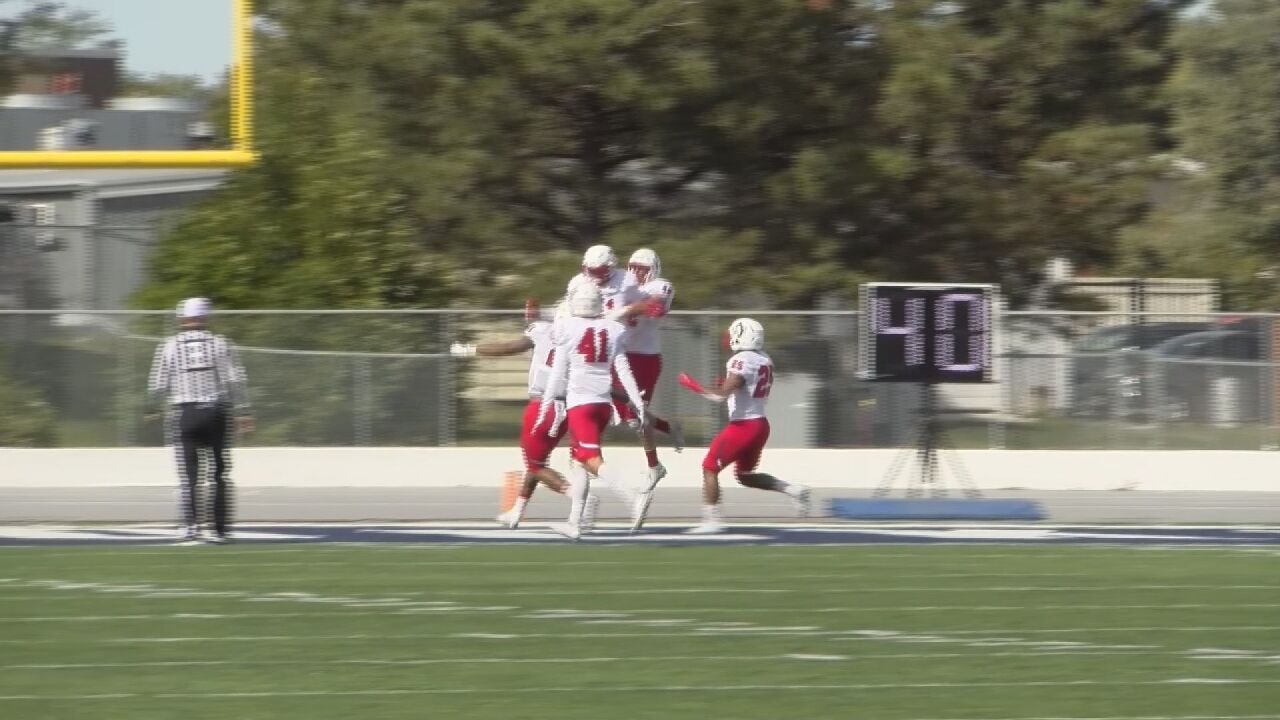 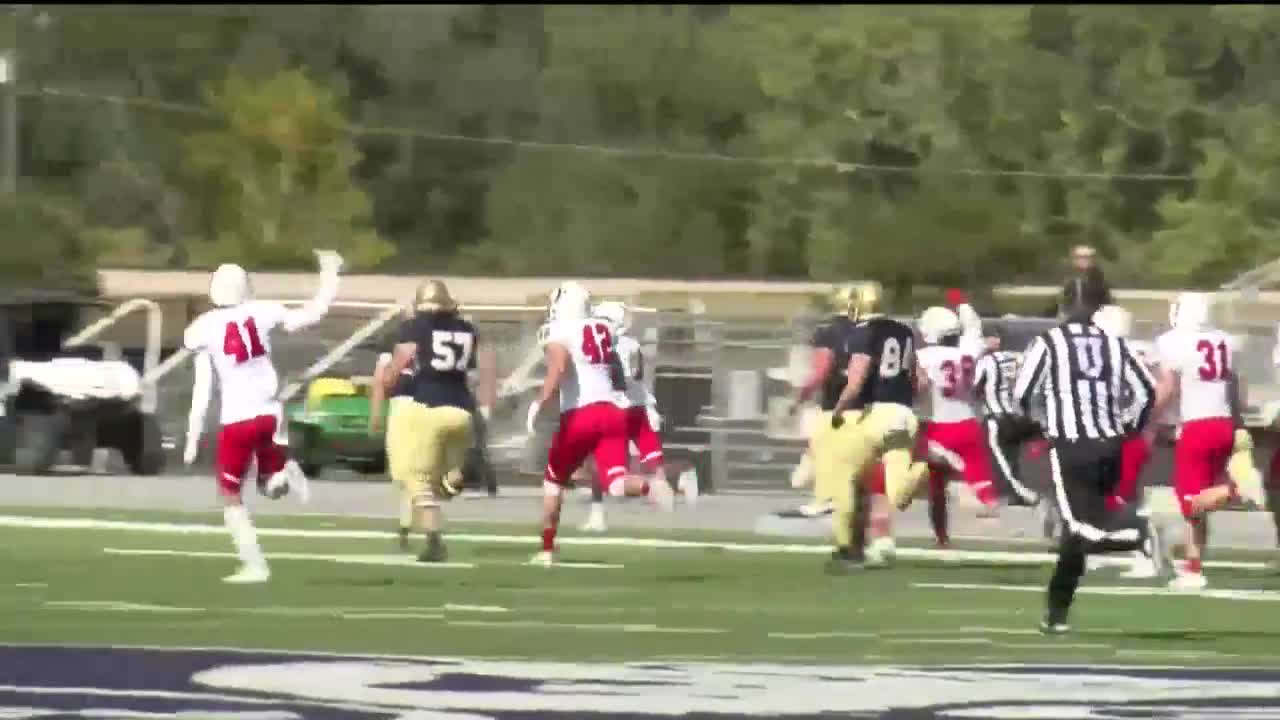 The ThunderWolves (4-1, 3-1 RMAC) totaled two interceptions, which included a pick six in the first half, nine sacks and 18 tackles for loss. Leading the way was senior outside linebacker James Maxie [gothunderwolves.com] (Parker, Colo.), as he had a day with 17 tackles (eight solo), 6.0 tackles for loss (-27 yards) and 4.5 sacks (-24 yards).

The defense held the Hardrockers to 171 total yards. Seventy yards came on the ground on 48 attempts for a 1.5 yards per carry average.

The Pack offense started slow and couldn't get anything going in the first half. 266 of their 319 yards came in the second half. The run game sparked a solid final 27 minutes, as the ThunderWolves finished the game with 262 yards on the ground. South Dakota Mines ran nine more plays, but averaged 2.2 yards per play, while the Pack had 4.8 yards per play.

Junior running back D.J. Penick [gothunderwolves.com] (Evanston, Ill.) finished the contest leading the ground game with 112 yards and a touchdown. He averaged 5.3 yards per carry on 21 attempts. His long rush was a 25-yarder where he hurdled a defender down to the Hardrocker nine-yard line. On the next play, quarterback Gunnar Lamphere [gothunderwolves.com] (So., Aurora, Colo.) ran the ball past the goal line to give the Pack an eight point lead at 21-13 early in the fourth quarter.

Neither team scored in the first quarter, then the Hardrockers scored first with a 19-yard field goal after the ThunderWolves defense held the home team on third-and-goal from the two-yard line.

The first defensive score of the season came when Marcus Lawrence [gothunderwolves.com] (Jr., Aurora, Colo.) picked the Hardrocker quarterback and returned the ball 69-yards to the end zone. The score came with 6:53 left in the second to give CSU-Pueblo the 7-3 lead.

South Dakota Mines added a 33-yarder to get within one at 7-6 with 3:04 left in the half and that is where the score stood at the break.

With 12:05 left in the third, Lamphere threw his first interception of the season and it was returned 20 yards to the end zone. The Hardrockers' 13-7 lead only lasted for four minutes, as the Pack produced a 10-play, 75-yard drive to regain the lead, 14-13. The drive was capped by a Penick two-yard score.

The defense held the rest of the way and the ThunderWolves were victorious.

CSU-Pueblo remains on the road Oct. 12 for a RMAC contest at New Mexico Highlands University beginning at 1 p.m.