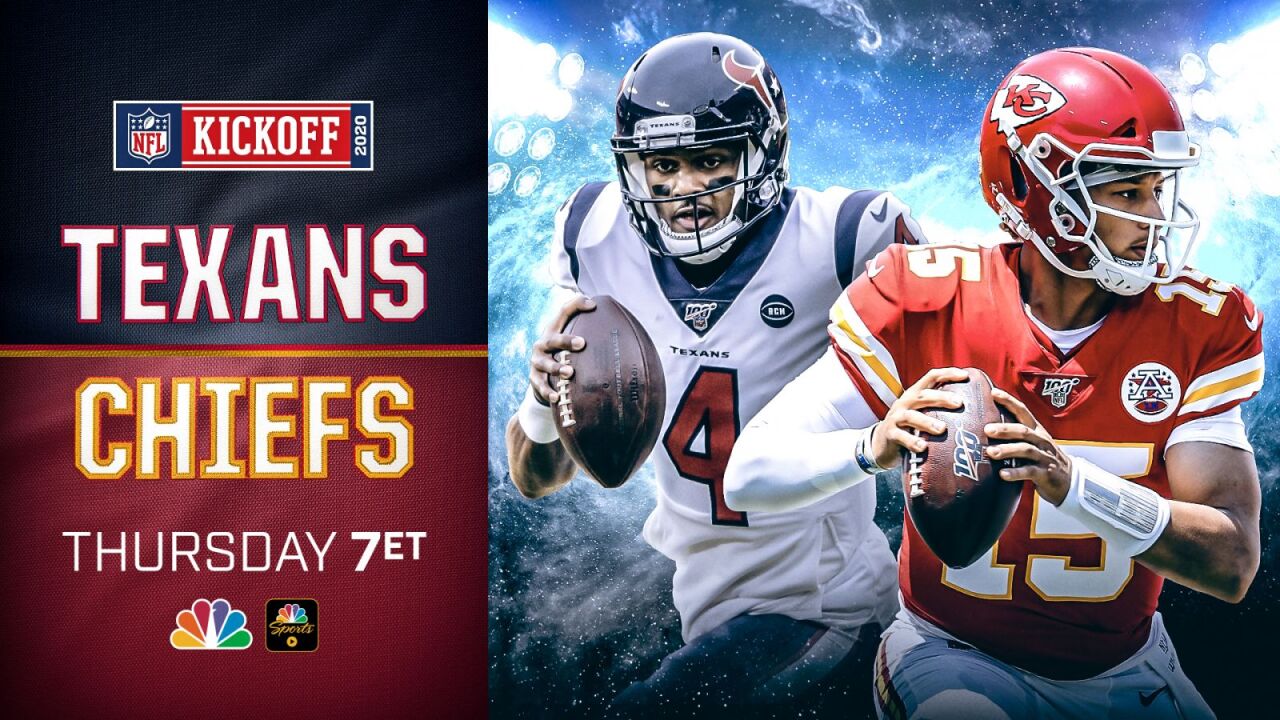 The NFL season is kicking off tonight with the Houston Texans facing the Kansas City Chiefs on NBC starting with coverage at 5:00 p.m.

News5 at 5 will air at 4 p.m. on Channel 5.1, followed by Nightly News prior to pregame coverage on KOAA. The kickoff in Kansas City, Missouri, is scheduled to begin at 6:20 p.m. Click for listings. You can watch News5 at 6 p.m. on News5 Now, or Channel 5.2 over the air.

Both teams led by the best young quarterbacks in the NFL—Patrick Mahomes and Deshaun Watson — are among the most successful franchises in the sport right now, with a combined nine playoff appearances in the last five seasons.

A special rendition of "Lift Every Voice and Sing" will be featured during NBC's pregame coverage and will be celebrated throughout Kickoff Weekend. These features will serve to educate on the history of the song and highlight the work of NFL players in their communities.

Game-day and travel protocols were sent to all 32 teams in mid-August, which included "extensive in-stadium specifics include rules for the field, sidelines, locker rooms, tunnels, entrances, and training rooms," the Associated Press reported.

The league said that when traveling, masks must be worn at all times, everyone must stay in separate hotel rooms, buses limited to no more than 50% capacity, and when on an airplane, a seat must be left open between passengers.

Teams will not be allowed to leave their hotel to eat or use restaurants that are open to the public, the league said.

Cheerleaders and mascots cannot be on the field this upcoming season, NFL Network's Tom Pelissero reported. Pelissero added that network sideline reporters and pregame TV reporters will also not be allowed on the sidelines.