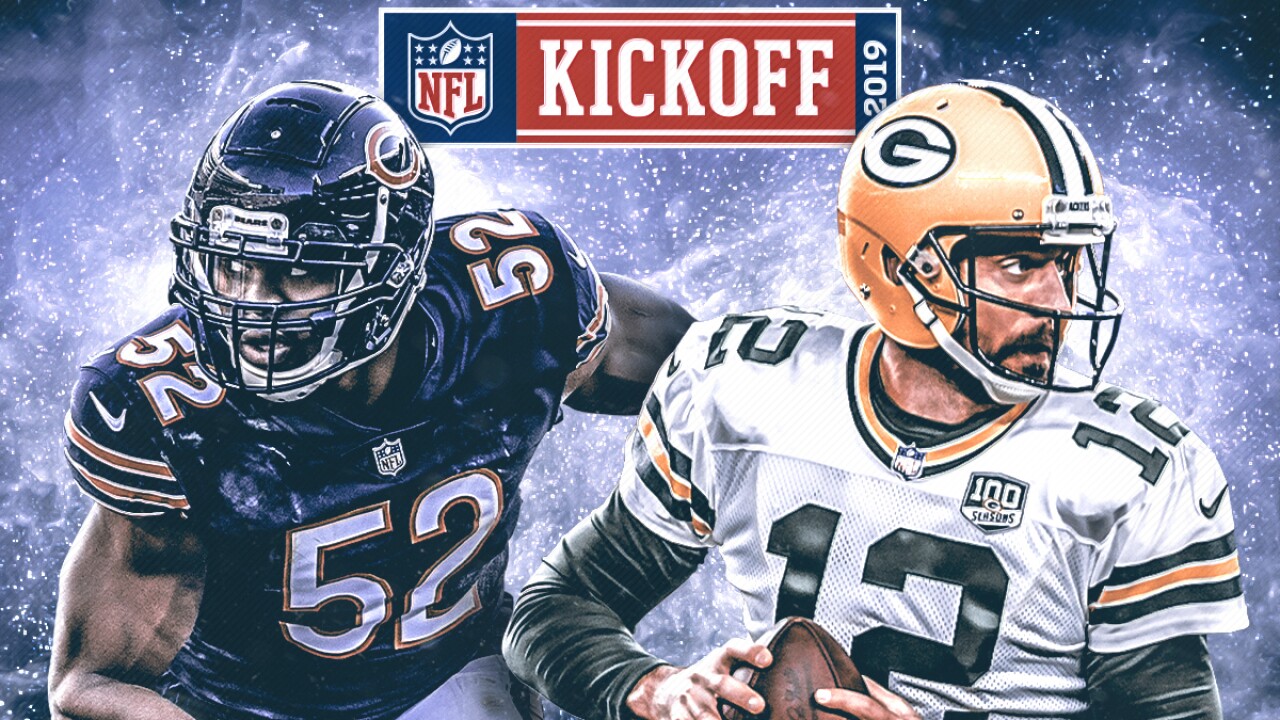 The NFL's 100th Season will kick off with a classic rivalry as the Chicago Bears host the Green Bay Packers tonight on NBC starting with coverage at 5:30 p.m. This will be the 199th meeting between the Bears and Packers, including regular-season and post-season games.

Tonight's game is live from Soldier Field in Chicago. If you're looking for the Broncos game, they'll be featured on Monday Night Football as they face the Oakland Raiders. Click here for the Denver Broncos 2019 schedule .

Don't forget Sunday Night Football on NBC with the Pittsburgh Steelers versus the New England Patriots.

*Flex Week - NBC has the ability to change which games air and at what during flex weeks. Any changes will be announced 12 days prior to air.
** Thanksgiving Night Game