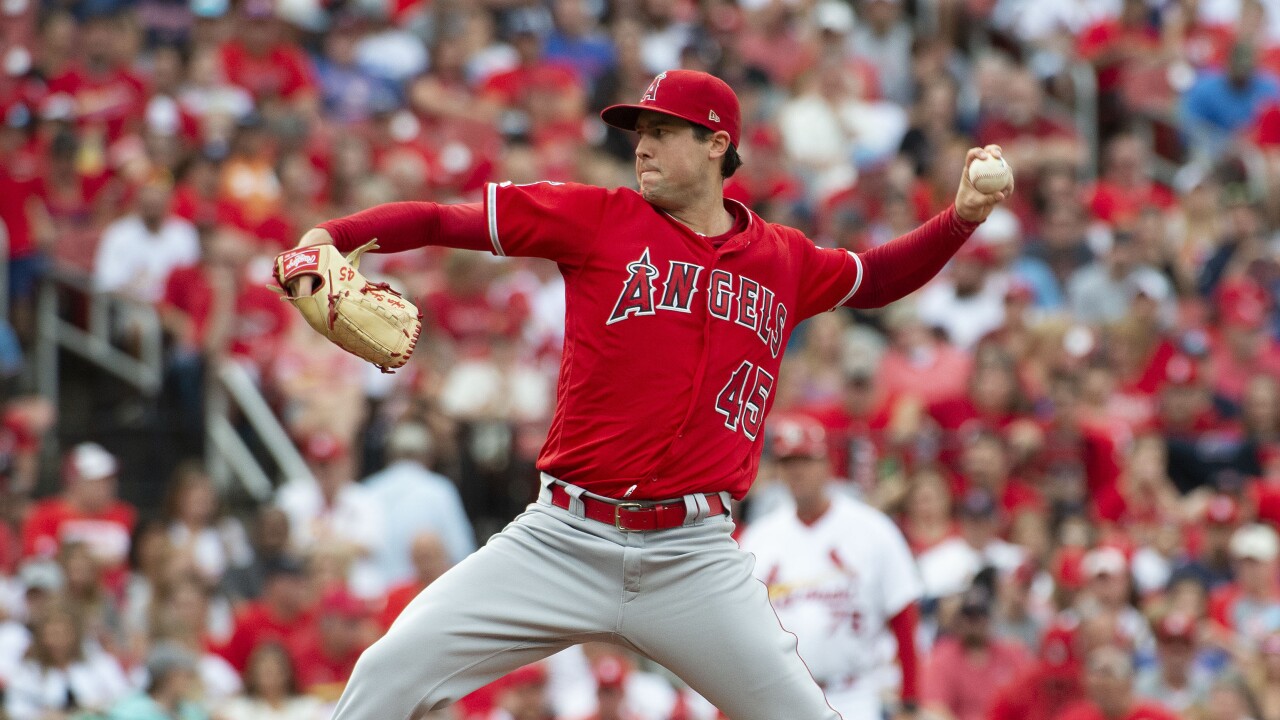 ARLINGTON, Texas — The Los Angeles Angels say pitcher Tyler Skaggs has died at age 27. According to the Southlake Police Department, Skaggs was found dead in a Hilton hotel room this afternoon. No foul play is suspected.

Skaggs started the Angels' game Saturday night against the Athletics. Their game against the Texas Rangers on Monday night has been postponed.

Skaggs had been a regular in the Angels' starting rotation since late 2016, when he returned from Tommy John surgery. He struggled with injuries repeatedly over the past three seasons but persevered to become a valuable starter in Los Angeles' injury-plagued rotation. He started 15 games, going 7-7.

Skaggs, who would have turned 28 on July 13, was born in the Los Angeles neighborhood of Woodland Hills, in the far western part of the sprawling San Fernando Valley. He graduated from Santa Monica High School in 2009, when the Angels drafted him in the first round.