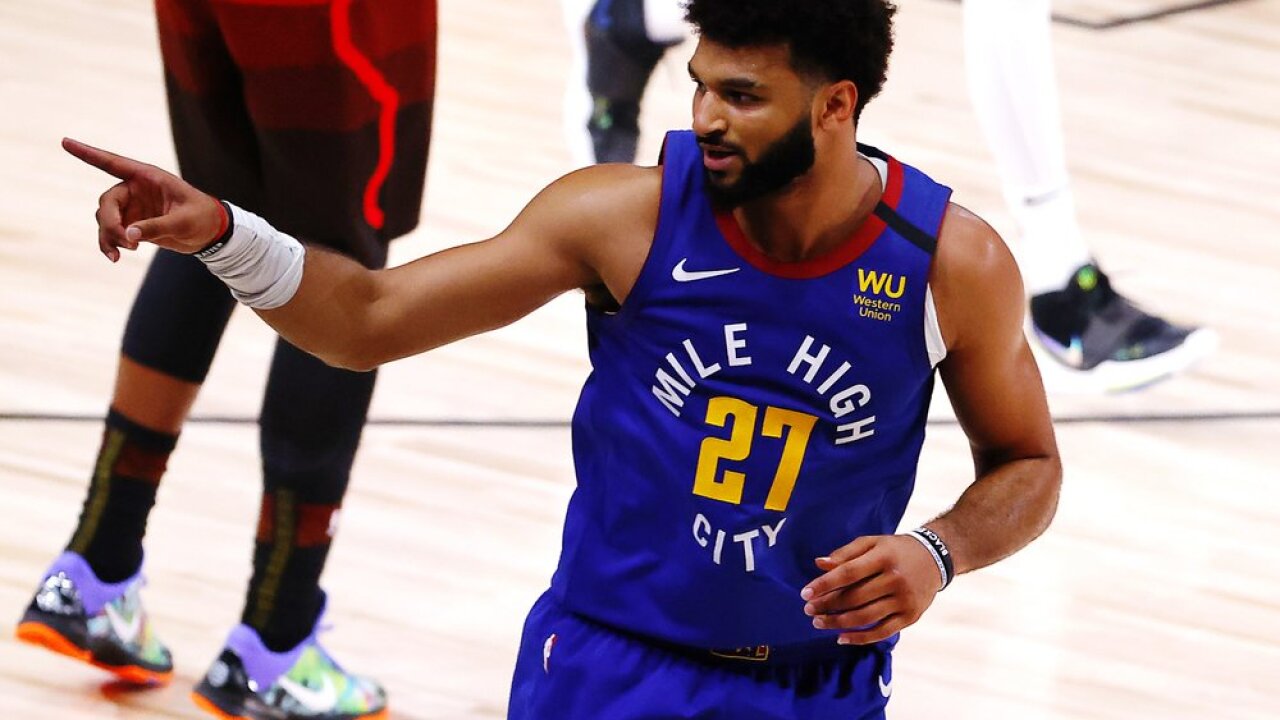 LAKE BUENA VISTA, Fla. (AP) — Jamal Murray scored 23 points in his first game of the NBA restart, including the tying and go-ahead baskets, and the Denver Nuggets beat the Utah Jazz 134-132 in two overtimes Saturday.

The Nuggets overcame Donovan Mitchell’s 35 points for Utah, including a 3-pointer with 4.2 seconds remaining in the second overtime. But he missed a desperation heave from near half-court as the game ended.

Murray, playing his first game since March 11 after missing four games with left hamstring tightness, sank a fallaway jumper for a 123-all tie and then beat the shot clock with a go-ahead 3-pointer. He had 12 rebounds and eight assists, just missing a triple-double.

Murray played 39 minutes and remained in the game despite showing obvious signs of fatigue as Denver gained momentum for the playoffs.

“I was only supposed to play 22,” Murray said when asked about his minutes. “It’s cool. I like challenges and it feels a lot better now that we got the win.”

Murray said the key was “just being on the same page” with his teammates and “getting that chemistry back.”

Nikola Jokic scored 10 of his 30 points in the first overtime for Denver, which solidified its hold on third place in the Western Conference playoff standings.

At the start of the day, only one game separated Houston, Utah and Oklahoma City for the fourth through sixth spots in the Western Conference.

An officials review confirmed Jokic drove the baseline for a layup before the remaining 3.4 seconds expired in the first overtime, forcing the second extra period. The clock did not start on the play.

Mitchell drove through Denver’s defensive breakdowns for a tying uncontested layup with less than 1 second remaining in regulation.

Nuggets: Michael Porter Jr. had 23 points and 11 rebounds. Jerami Grant had 21 points. ... Jokic, who had only two points in a first half, had 14 in the third quarter. He had 11 rebounds.

Mitchell’s jumper gave Utah a 119-117 lead with 3.4 seconds remaining in the first overtime. He said he should have not left time on the clock for Jokic’s tying basket.

“That’s really the only reason why I’m upset because I should know that,” Mitchell said. “That’s a mental error on my part. I feel like if I do that, hit the same shot, they don’t have an opportunity to do that, so that’s on me.”

Jazz: Play the Mavericks on Monday.

Nuggets: Play the Lakers on Monday.