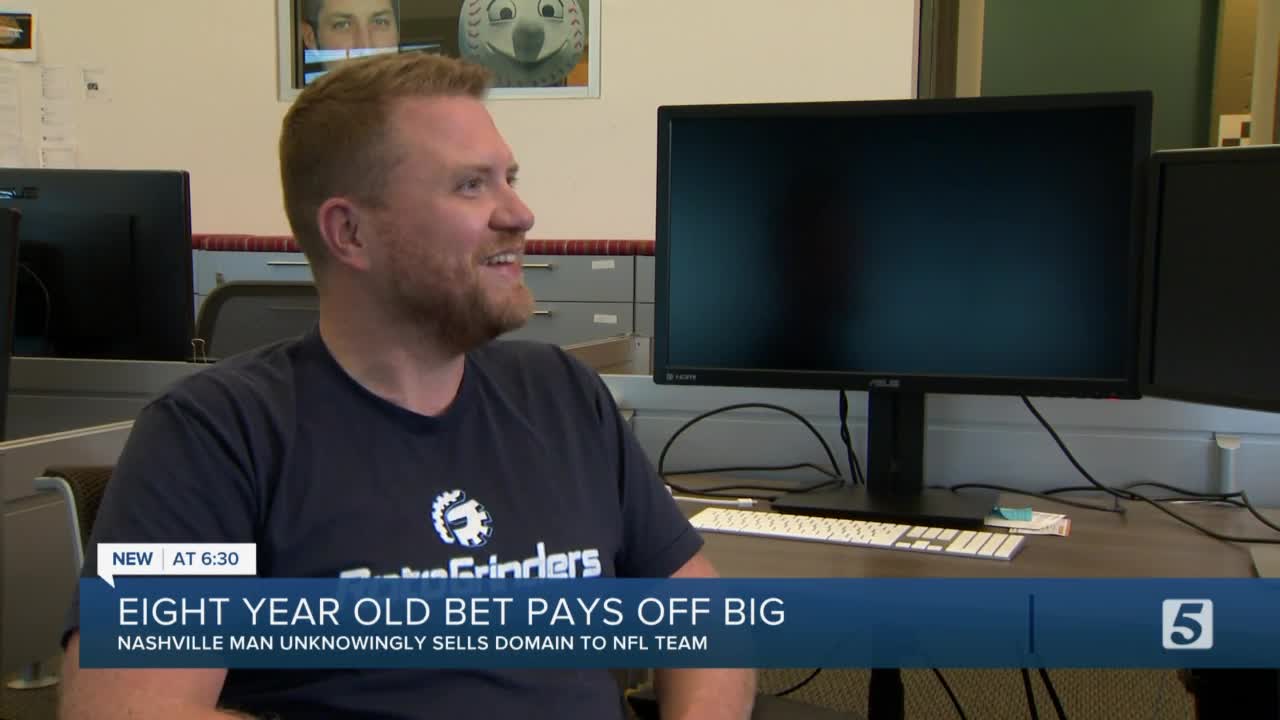 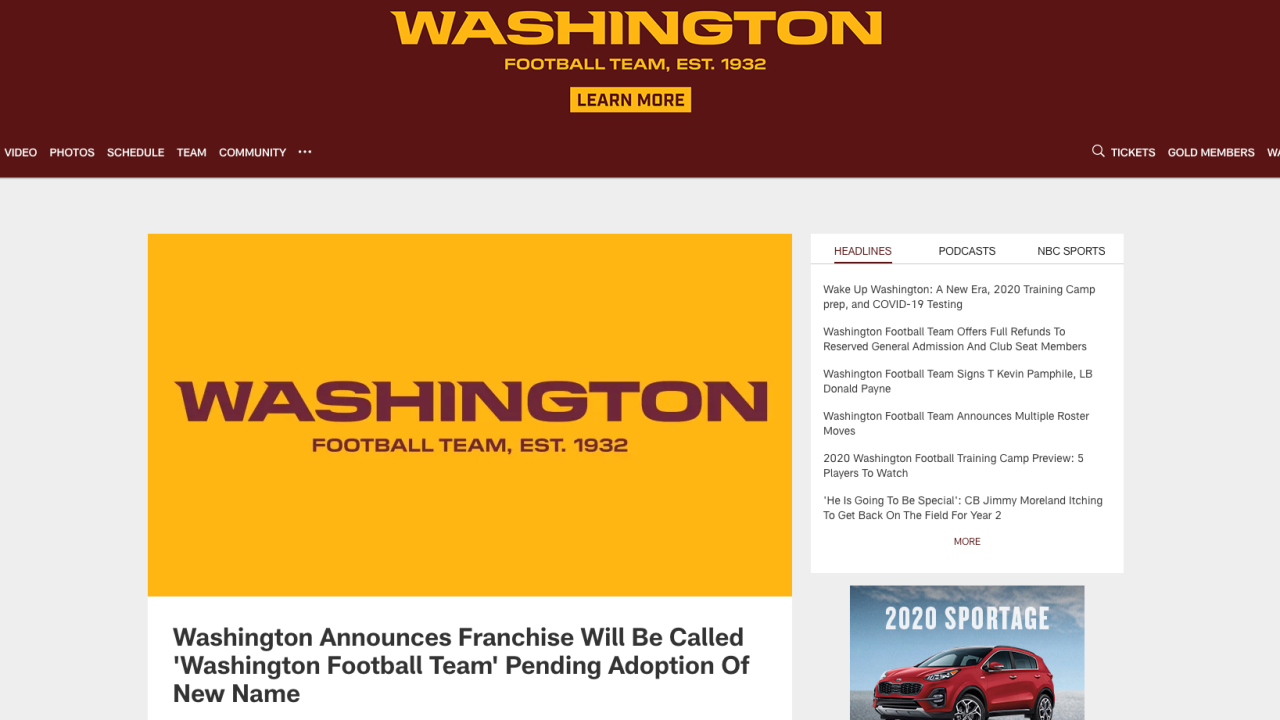 Last month, the Washington, D.C.-based team dropped its former team name — a dictionary-defined slur against Native Americans — in the wake of nationwide protests against police brutality and systematic racism. The team also faced pressure from major advertisers, like FedEx and Nike.

Last week, the team announced it would temporarily go by the name "Washington Football Team" as it searches for a permanent replacement.

Before the team name was announced, Cal Spears was contacted by a broker from GoDaddy.com, a company that works with website names and hosting.

Spears said he was offered $3,500 for a domain name he had purchased in 2012, WashingtonFootball.com.

"I bought a series of college football domains," Spears saod. "So, it was a state name plus football. AlabamaFootball.com, TennesseeFootball.com, some basketball ones as well. Tennessee Basketball, Kentucky Basketball — the idea was to create some kind of community website for the college fans. Maybe sell gear, e-commerce."

Spears said at the time he was interested in some of the big SEC names, such as FloridaFootball.com. Washington came as just part of the package.

Spears is the CEO of RotoGrinders, a fantasy sports website. He said he and his team were very busy preparing for the start of Major League Baseball. He didn't know who was contacting him about the website name and why.

He ended up accepting $10,000 for the domain. Afterward, Spears raised the question of who he'd sold the domain to on Twitter.

Then, the next day, the franchise announced its new name — Washington Football Team.

Spears said he started to think about donating the money once he realized what had happened.

"If it was the team, I would donate the proceeds to a good Native American charity," he said.

After refreshing the page throughout the day, WashingtonFootball.com eventually populated the former Redskins website.

Spears donated the $10,000 to the American Indian College Fund, a non-profit group that gives scholarships to Native Americans.

Spears said he's not worried about not getting more money. He's just glad he was able to help someone else.

"I'm not regretting it. I'm just happy to have the story," he said.

This story was originally published by Kyle Horan on WTVF in Nashville.