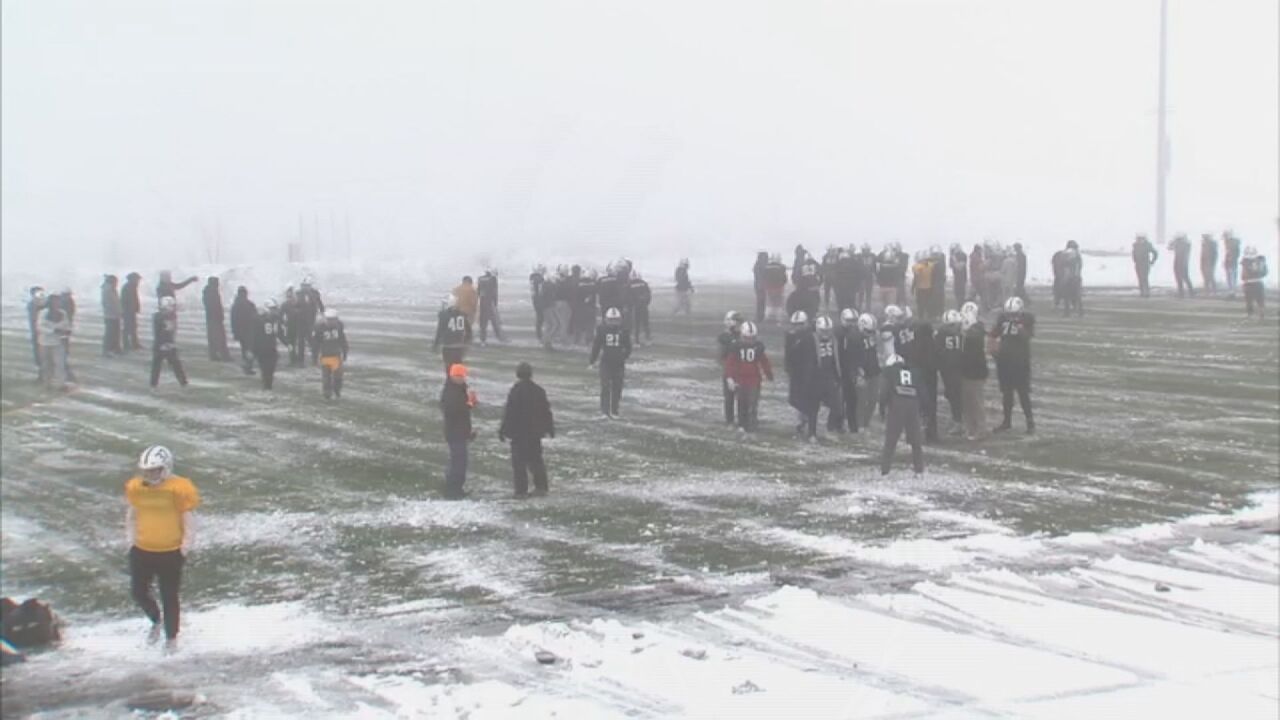 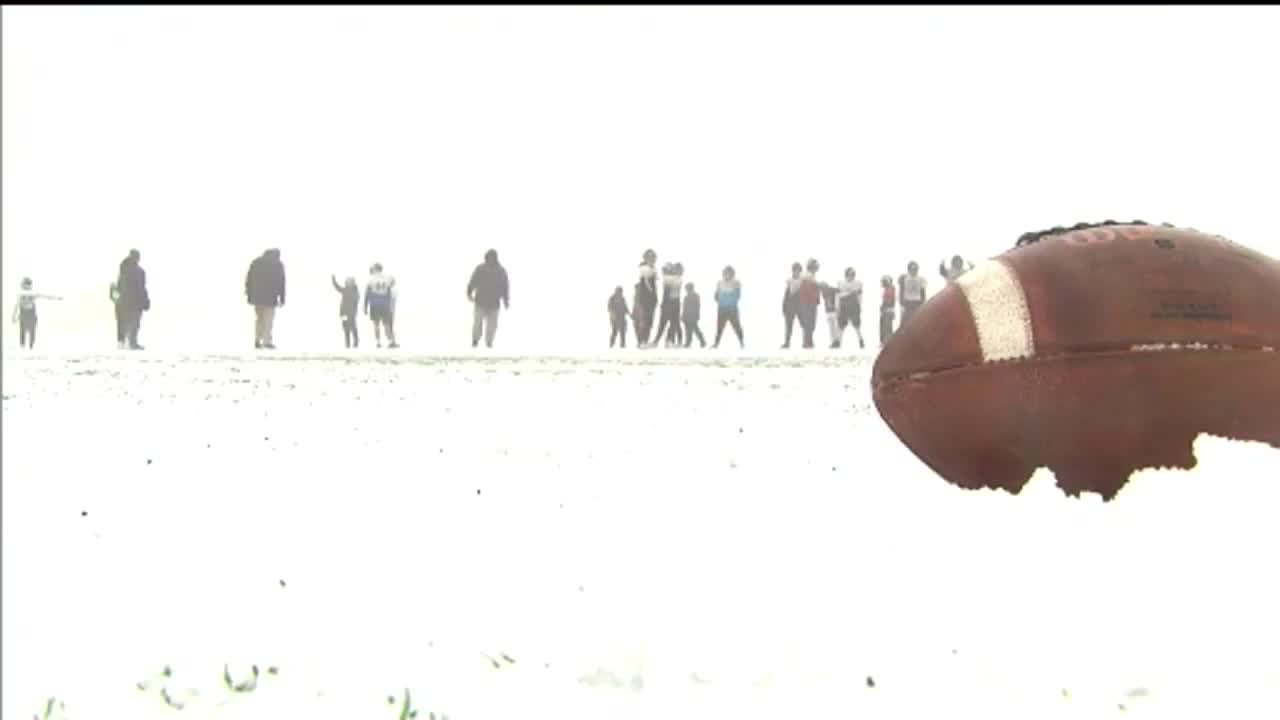 COLORADO SPRINGS — As the old coaching sayins goes, if you hold Thanksgiving practice you probably have a good football team that is deep into a playoff run.

Bearing the wintry weather, the Pine Creek Eagles and the Palmer Ridge Bears practiced on Thanksgiving for their upcoming playoff games on Saturday.

There two rivals can't agree on much, but can admit practicing on Turkey day is special and will hopefully pay off when it comes to advancing to the State final game.

"It's a great thing to be surrounded by the friends and football family," explained Pine Creek senior Max Lofy. "It's such a special day to come out here and do what you love. There is nothing better."

"In the end, we just want to get seven more days with our team," added Palmer Ridge senior Deuce Roberson.

As for the most important question on Thanksgiving, what is everyone's favorite meal?

"Stuffing is my things", said Dudley.

But for Lofy, stuffing the quarterback is better than the stuffing at quarterback. "It's ten times better."
So even on the day of giving, the Eagles and the Bears still have their eyes on the prize.

"We are playing for the semifinal game," explained Roberson. "Hopefully wecan get back to the state championship for the 3rd year in a row."