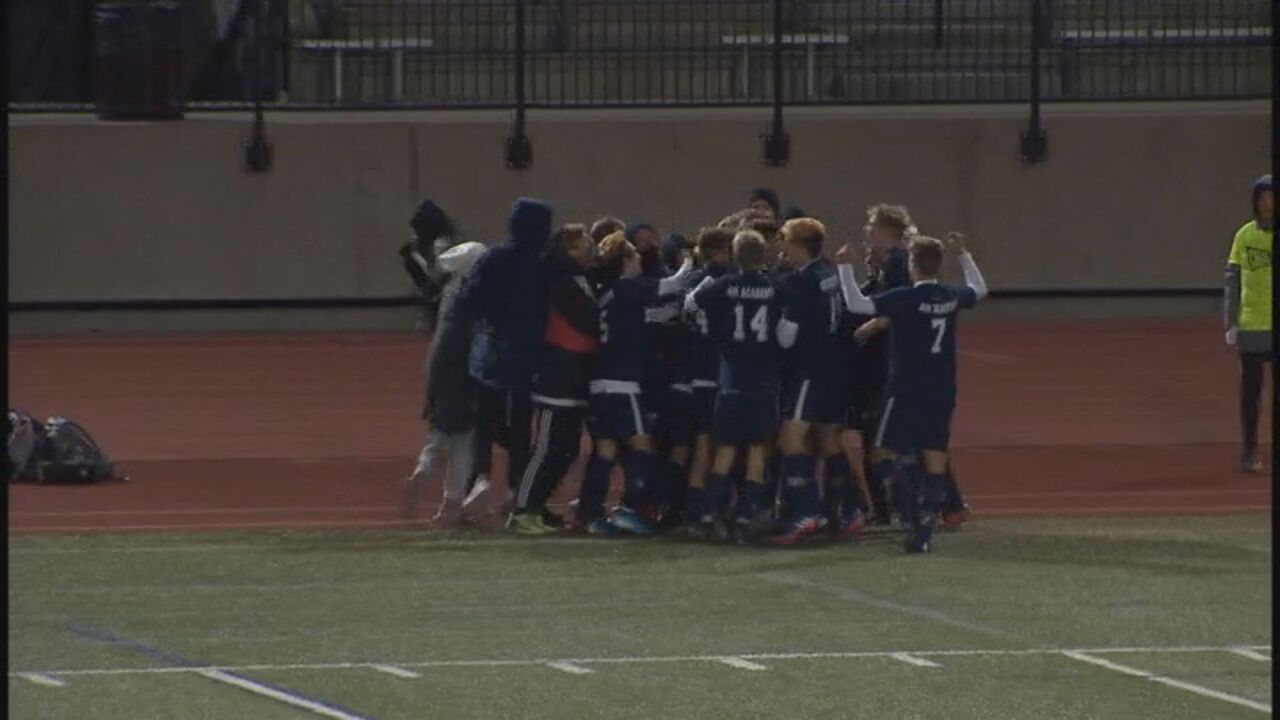 Copyright 2019 Scripps Media, Inc. All rights reserved. This material may not be published, broadcast, rewritten, or redistributed.
Air Academy outlasts Lewis-Palmer 2-1 to advance to 4A State Championship. 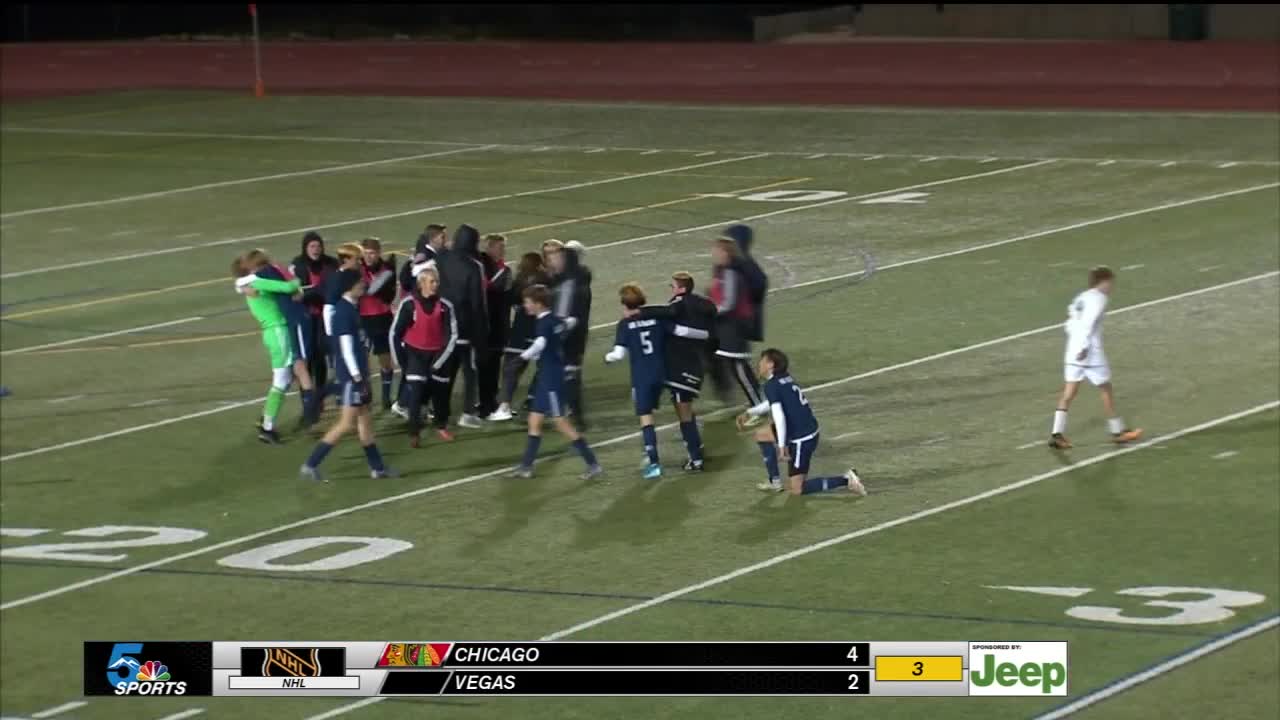 The Air Academy boys soccer team is headed to their third straight 4A championship game after topping Lewis-Palmer 2-1 Wednesday night at Legacy Stadium.

Trailing 1-0 at halftime, the Kadets received second half goals by Adin Schwenke and the game-winner by Mason Shandy with three minutes to play, sealing the victory. They'll meet Skyview for the title Saturday at 4 p.m.

"I think we have a lot of fire, we don't like losing in the playoffs," junior defender Mason Shandy said. "We want to get all 20 games in. I feel like it is the willingness to give whatever we got."

"I mean just seeing that goal go in by Mason, it's a dream come true to go back for a third time," senior midfielder Adin Schwenke said. "I have to thank everyone on the team for working their hardest. And I am just happy with everyone's performance."

In Class 5A, Pine Creek's Cinderella run came to an end with a 1-0 semifinals loss to Regis Jesuit at Echo Park. The Eagles had beaten three solid teams as a No. 18 seed but couldn't find the net in a tight contest, keeping them a win short of playing for their first state championship since 2013. Goalkeeper Eli Young was sensational in the loss for PC.

Atlas Prepatory's fantastic season came to an end in the 3A state semifinals with a 4-2 loss to Kent Denver at All-City Stadium.