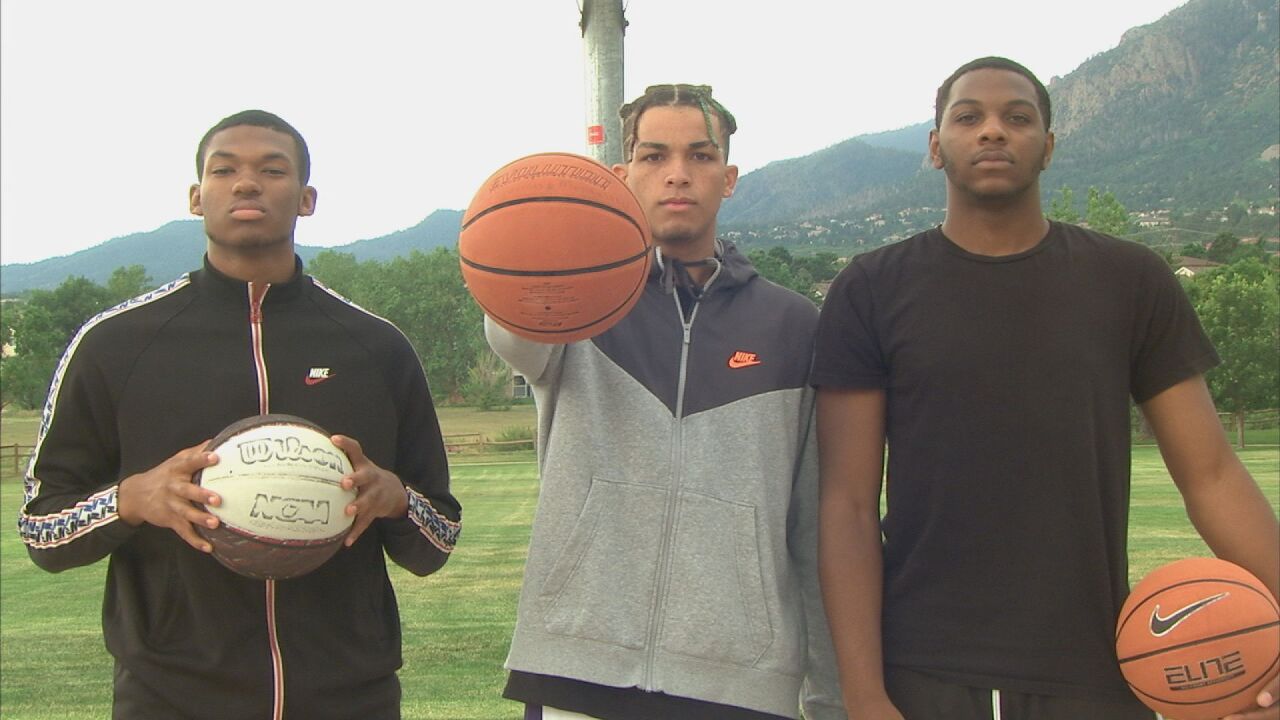 COLORADO SPRINGS — On March 4th, the Harrison Panthers were hosting the Pueblo West Cyclones in a Sweet 16 game at Harrison High School.

The Panthers would come up short in the game, which in turn, ended the season for a trio of talented juniors.

"I definitely remember the energy," reflected Tayzhean Archuleta. "The chemistry we had together and how bad we wanted it. And just having that taken away from us - I will always remember the feeling when we lost that game."

But what Archuleta, Donta Dawson & Xavier Sterling didn't know at the time, was that was the last time they would ever suit up in a Panther uniform.

"Sadly, Colorado players do not get that good of exposure," explained Sterling. "Having a Prep school, it is really going to help me and my teammates get the scholarships we want."

The top three returning players for Harrison will be taking their talents north to Denver for their senior season at Colorado Prep.

"COVID-19 played a big role in it," added Dawson. "It really depended on how this AAU season went and how recruitment went after that. But since that got canceled we had to resort to the next best option, which was playing on the Grind Session with Colorado Prep."

The move will hopefully help these three South siders have a better chance to earn a college basketball scholarship.

"Man, I am so excited," said Archuleta with a grin. "The Grind Session is the best league in the nation."

"We are going to be playing with the best of the best, while having the best coaches there watching us," added Dawson. "So, if we compete, that is a bigger opportunity that we won't get at Harrison."

And for those Panther fans who don't understand the move? They say this.

"If they are not with us or do not agree with what we are doing, then they have never been supportive, I guess you can say," explained Dawson. "They only wanted us to be there for them. They never wanted the best for us, if that's how they feel."

Trying to better your life through basketball? Who can blame them.

But in the end, the 'Big 3' will still represent the Springs, and especially the South side, wherever they go.

"You can say we brought life back to Harrison, we just want to be remembered for that," said Sterling.