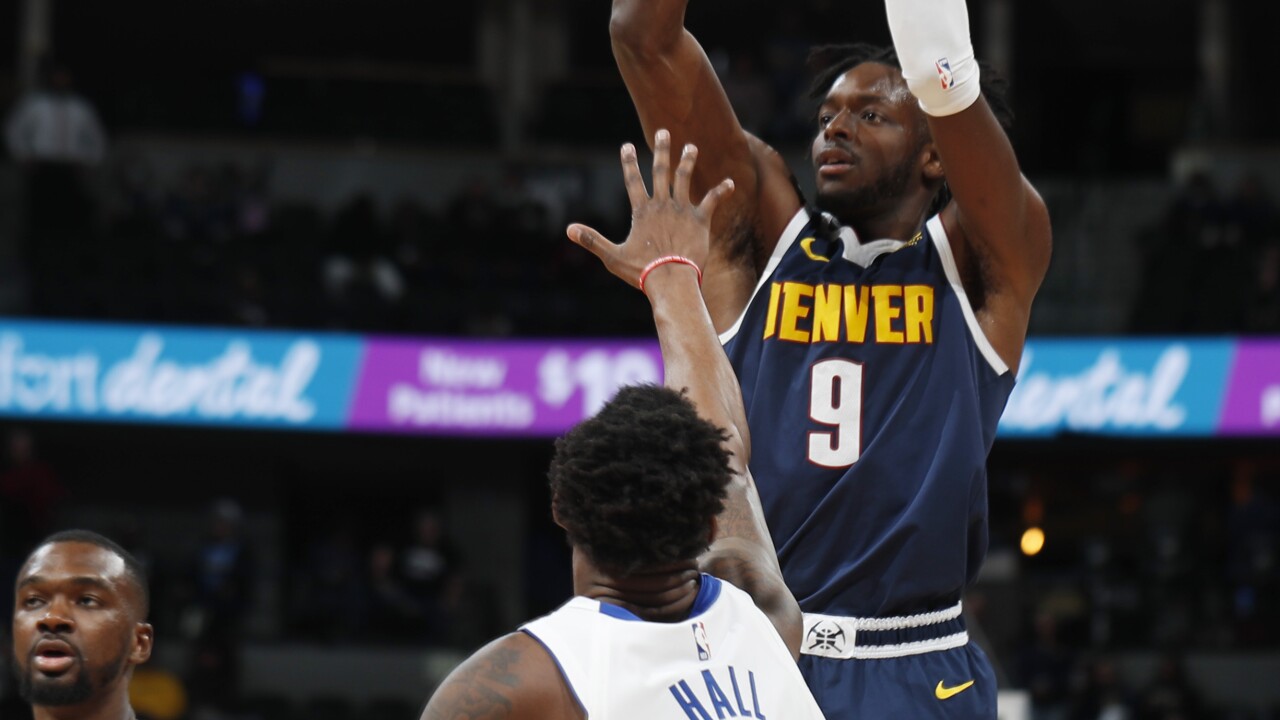 At 40-18, the Nuggets are tied for their best start through 58 games in their NBA franchise history. They had the same mark a season ago on their way to winding up with the No. 2 seed in the Western Conference.

Jokic added 16 points in a game where Denver led by as many as 15 points in the third quarter, had it cut to single digits and pulled away in the fourth to remain the second seed in the West.

With his roster finally given a clean bill of health, coach Michael Malone is trying to find enough minutes for everyone. Jokic and Jamal Murray had nothing to worry about with each logging quality minutes. Grant is certainly making a strong case for more playing time after shooting 12 of 16 from the floor. His previous best was 28 on April 10, 2019, while with Oklahoma City.

Murray remains red hot since returning from a left ankle injury earlier this month, finishing with 16 points, eight assists and just one turnover.

Derrick Rose and Christian Wood each had 20 points for Detroit. Rose has now scored 20 or more points a team-high 25 times this season.

The Pistons dropped their seventh straight in falling to to 2-8 in February. One of those wins, though, was an overtime victory against Denver on Feb. 2 in which Andre Drummond and Reggie Jackson combined for 41 points.

Both are now elsewhere: Drummond was traded to Cleveland, while Jackson was bought out of his contract and then signed with the Los Angeles Clippers.

Now, coach Dwane Casey is trying to find some chemistry. He found it in spurts despite not having Bruce Brown, who was a scratch with left knee soreness.

Denver threatened to run away with the game on several occasions, but the Pistons always bounced right back. A pair of dunks by Grant early in the fourth gave the Nuggets some needed separation.

Pistons big man Donta Hall had a memorable first half as he scored his first NBA points on a pair of free throws. Hall signed a 10-day contract over the weekend.

Pistons: F/C Thon Maker turned 23 on Tuesday. ... G Khyri Thomas was active after being recalled from Grand Rapids of the G League. Thomas, who hasn't played with the Pistons since Nov. 6 because of a right foot injury, had three points in nearly 14 minutes.

Nuggets: Malone used his challenge at 6:22 of the first quarter after Jokic was called for an offensive foul. The play was overturned following a review.

Nuggets rookie center Bol Bol took the court about two hours before the game to practice his 3-point shot. Bol, who's currently sidelined with a left foot injury, has yet to play for the Nuggets this season. Malone views Bol's rookie season much like that of Michael Porter Jr. a season ago, when Porter sat out with a back injury.

Bol appeared in six games with the Windy City Bulls of the G League, averaging 13 points, 5.7 rebounds and 2.3 blocks.

Pistons: Game 3 of a four-game trip Friday at Phoenix.

Nuggets: Travel to Los Angeles to face the Clippers on Friday.
___