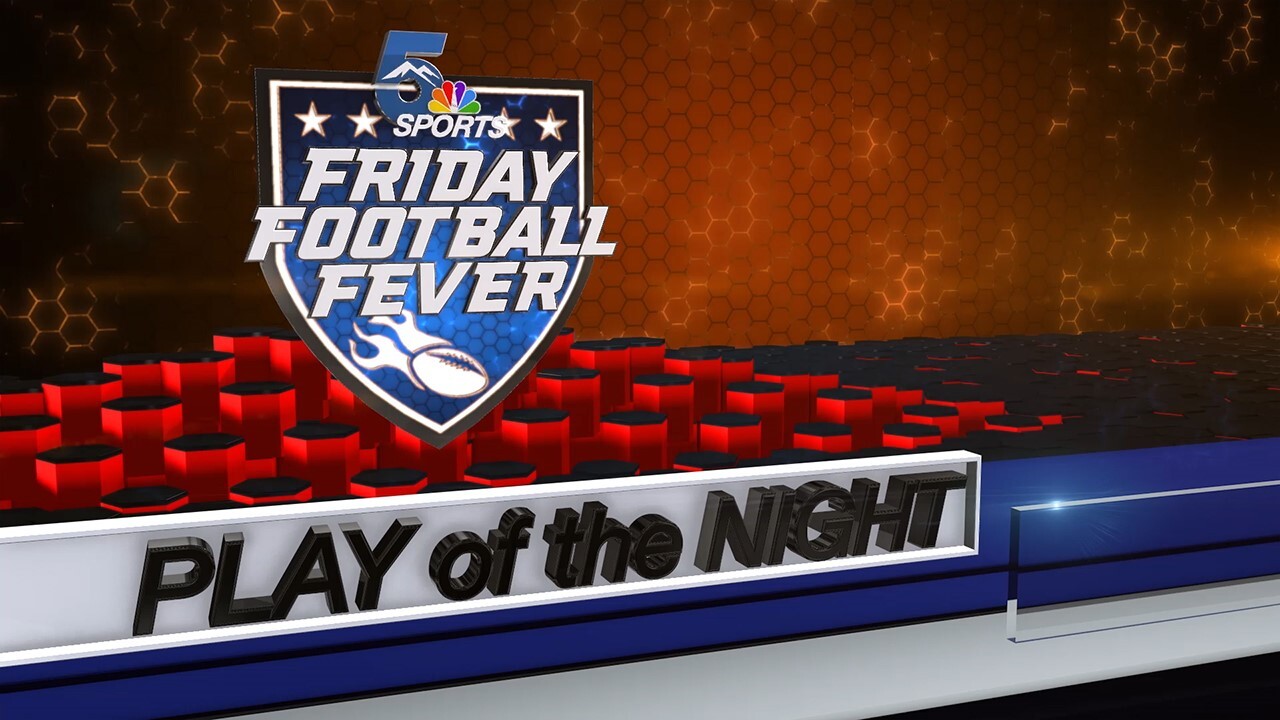 Here on Friday Football Fever we show you our picks of the three best plays of the night, then you vote! We'll announce the winner on Monday night in News5 at 6 p.m.

Our first play of the night candidate comes from a Thursday night showdown in the snow as Pueblo County faced Pueblo Central. Keegan Clay with the blocked punt for the Wildcats, Austin Allenback recovers for the touchdown. Central would go onto win 21-7.

Our second candidate from Mesa Ridge vs Palmer, as Kyle Gaster sells the pump fake, Andres Esquivel runs the double move, and Mesa Ridge finds paydirt with a 58-yard touchdown pass on their opening drive to go up seven-nothing. Mesa ridge would go onto win.

Finally, coming from Durango and Pueblo Centennial as the Bulldogs' Tony Cardona finds Justin Cruz In one-on-one coverage. Cruz falls down with the touchdown catch. That' called having some good concentration. Despite that great effort, Durango would roll through with a 52-10 win.