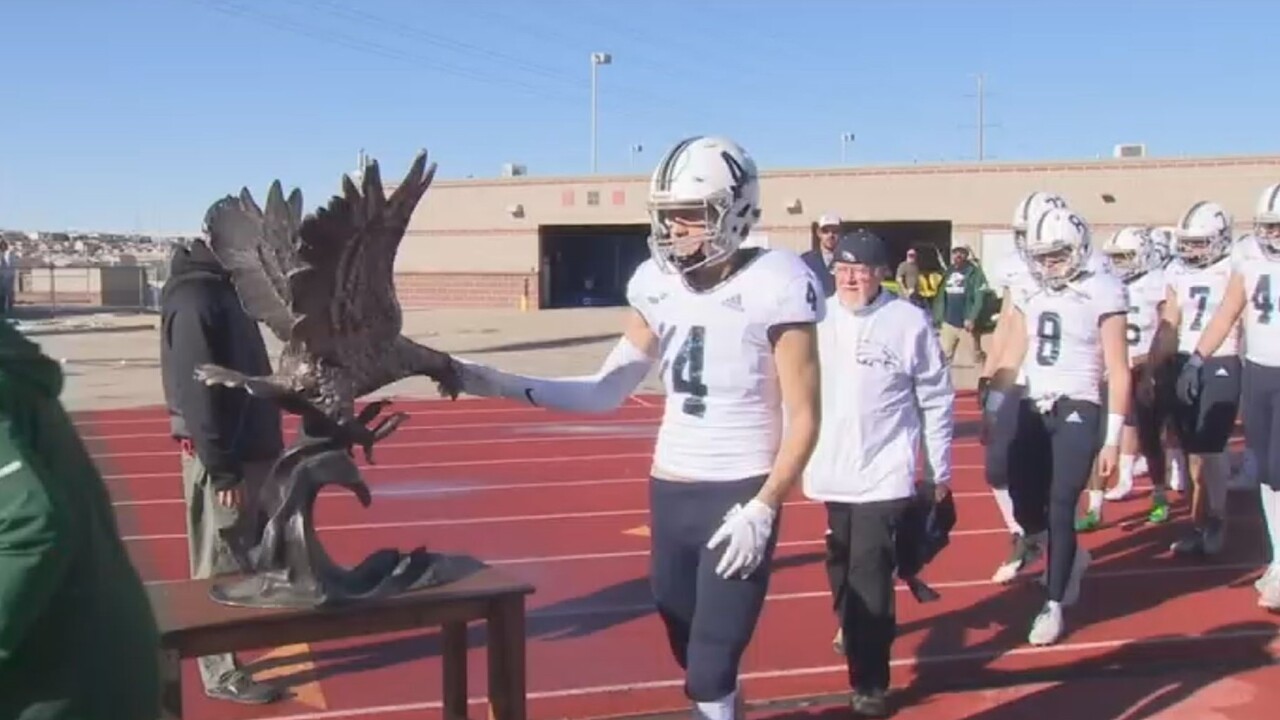 Copyright 2019 Scripps Media, Inc. All rights reserved. This material may not be published, broadcast, rewritten, or redistributed.
Pine Creek, Pueblo West, Pueblo South, Palmer Ridge and Fowler are all in action this weekend.

Southern Colorado will be well represented in the late stages of the CHSAA football playoffs at the 4A, 3A and 8-man levels this weekend.

In Class 4A, top-seed Pine Creek will host Pueblo West in a semifinal showdown at District 20 Stadium (1 p.m.). The Eagles topped the Cyclones 41-13 in their first meeting back on Sept. 27th.

Two local teams will play in different 3A semifinal brackets with a chance to meet for the state championship. Two-time defending champion Palmer Ridge draws Green Mountain at Jeffco Stadium. Kickoff is set for 4 p.m.

On the other side, Pueblo South gets set for a showdown at Frederick high school. The Colts and Warriors will get underway at 1 p.m.

There will be one local team playing for a championship this week down in Fowler. On the heels of their 12-0 season, the Grizzlies will host No. 1 Sedgwick County for the 8-man title on Saturday at 1 p.m.